The story of Shani Bar-Oz, a Canada-based Israeli facing venomous protests outside her Vancouver soap products store, elicited a huge wave of support and generated new business, the shop owner old Ynet. "I received a huge embrace and plenty of support," Bar-Oz said, after an article about her plight appeared on Ynet. In the story, the store owner, who insists on selling Israeli products, shared her fears of contending with anti-Israel protesters targeting her business and shouting anti-Semitic slogans.

However, it now appears that the boycott campaign against Bar-Oz has backfired, with new orders pouring in as result of the story.

"There were Israelis who came into the store and said they saw the article and want to support and help me; I expressed my heartfelt thanks to them," she said. "People won't stop calling and ordering products on the phone and online, and this is truly touching and making me stronger." 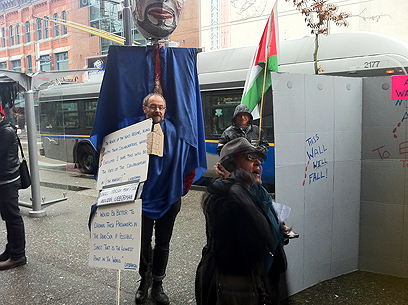 "I'm now preparing for the boycotts of 'Apartheid Week,' but at least I understand that there are so many supporters behind me," she said. "I feel that I'm not forgetting where I came from and helping my homeland."

Bar-Oz praised Israelis for being there for each other at times of need, as evidenced by her own story. "There's something apparently entrenched in us – at a time of crisis we all enlist for the cause," she said.

Israel's Minister of Public Diplomacy and Diaspora Affairs Yuli Edelstein, also expressed his support for Bar-Oz. "I read the article and the story is truly shocking. I'm urging her not to give up, and the fact remains that she's not hiding Israeli products," he said. "This is important because these loud protestors wish to scare businesses and prompt them to shut down. As long as she's not doing it, I think she's winning." The minister also vowed to speak with Canadian government officials and share the story with them.

"As we know, Canada is a very important and close friend of Israel. This is clearly not a mass phenomenon," the minister said. "Yet these groups, although small, are very dedicated, well-funded and focused on their objective." 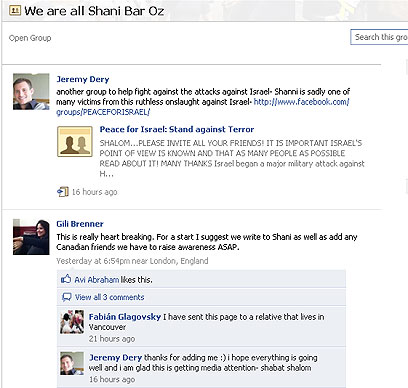 Gili Brenner read about Bar-Oz's predicament and immediately felt sympathy. Brenner is a London resident and heads the pro-Israel group StandWithUs UK. As a master's student at Cambridge University, she too encountered anti-Israel sentiments.

Brenner proceeded to establish a Facebook group titled "We Are All Shani Bar Oz," in support of the store owner. "Shani is our fighter, she's in the lion's den, and my heart goes out to her," Brenner said. "I think this battle is not about Israel, but rather, about logic and truth."

"I launched the group on Facebook because first we must show moral support and also buy the products," she said. "Yet beyond that, we need people in Israel to wake up and think about the steps needed in order to put an end to this madness."