European security officials warned Friday of the emergence of a new, decentralized jihadist threat, a day after French police shot a homegrown extremist who killed seven people on a hate-fueled rampage.

"It is concerning us," Europol chief Rob Wainwright told The Associated Press in an exclusive telephone interview from The Hague. "We have a different kind of jihadist threat emerging and it's getting stronger. It is much more decentralized and harder to track."

Combating individuals operating outside of networks will take smarter measures in monitoring the Internet, better intelligence and international cooperation in counterterrorism efforts, he said.

Wainwright conceded that there were limits to what law enforcement officials can do. "We can't police the Internet," he said. 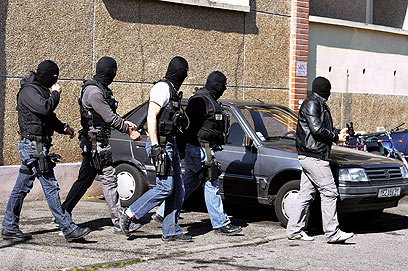 Mohamed Merah, a 23-year-old Frenchman of Algerian descent, was killed Thursday in a shootout after police raided the Toulouse apartment where he had been holed up. His attacks killed three French paratroopers, three Jewish schoolchildren and a rabbi, horrifying a nation heading into presidential elections.

Wainwright said Merah lacked the professionalism of terrorists of the past. He said the gunman seemed divided between wanting to increase his death toll and publicizing his acts by filming his deeds and bragging about them.

"It is very telling that he filmed his exploits," he said. "Still, in spite of the mistakes, he managed to carry out significant damage. ... That is the challenge for us."

Wainwright said that al-Qaeda's influence looms over the attacks.

A British security official said the key to targeting this brand of individualized terror was figuring out whether people were simply thinking extremist thoughts or would truly turn violent.

"We prefer the term self-starting over lone wolf," the official told the AP on condition of anonymity because of the sensitivity of his work.

"But the reality is that there are hosts of people like this out there and most of them will never do anything. You have to have information to suggest they are about to do something. Unfortunately, there are no thought police," he said.