Fillon says security services cannot 'permanently monitor without judicial authorization someone who hasn't committed an offence.' Meanwhile, criticism over siege on Merah's home grows: 'How is it that the police's best unit couldn't apprehend one lone man?'

France's RAID special police forces and President Nicolas Sarkozy have been criticized over the fact that Toulouse terrorist Mohammed Merah was not captured alive.

"How is it possible that the police's best unit couldn't apprehend one lone man?" wondered the founder of the French military police's special ops unit, GIGN.

Speaking to Le Monde, Christian Prouteau said the police forces should have used tear gas instead of stun grenades, adding that in any case they should not have attempted to capture the terrorist in his own home, which could have been booby-trapped. "The result was that the (terrorist), due to his psychological state, continued in his 'war,'" he said, apparently referring to Merah's decision to jump out of his apartment's window.

"This may sound pretentious," the former French cop said, "but in GIGN's 64 operations under my command not one person was killed." French newspaper L'Express' raised the possibility that the security services failed in their surveillance, as Merah, who killed seven people - including a rabbi and three children at a Jewish school in Touluse - had been on the radar of the French intelligence service for several years. 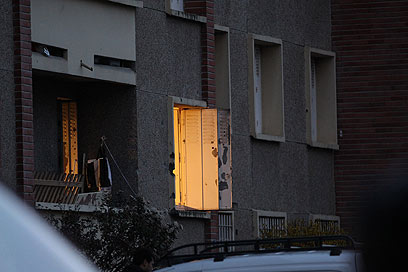 According to CNN, Merah was detained in Afghanistan in 2010 and repatriated to France -- only to return to the Afghan-Pakistan border area in August of last year. He'd been interviewed by the French security services last November after returning from the Af-Pak area a second time. But he had apparently persuaded them, even showing photographs he had taken, that he had been on a tourist trip.

In addition, CNN quoted US officials as saying that Merah was on a US no-fly-list, which would have prevented him from boarding any US-bound flight.

There were also worrisome signs before he left for Afghanistan, CNN said. Two years ago, Merah "held" a 15-year-old boy in his apartment and forced him to watch videos of al Qaeda beheadings. When confronted by his mother, he assaulted her -- and she made a report to police. French media report that after the incident Merah donned military fatigues and yelled "I'm al Qaeda" in the street near the woman's house. By then, he already had multiple convictions for minor offenses, and several jail sentences, according to CNN. However, French Interior Minister Claude Geant defended the work of France's equivalent of the FBI, the Direction Centrale du Renseignement Intérieur. The DCRI "follows a lot of people who are involved in Islamist radicalism," he said Thursday. "Expressing ideas, showing Salafist opinions is not enough to bring someone before justice," he was quoted by CNN as saying.

Nor had there been any "criminal tendencies" among Islamist radicals in Toulouse, which has a large population of North African origin, he said. The criticism in France was also directed at the rightist government, this just a little over a month before the presidential elections. Leftist politicians accused President Sarkozy of creating tensions and negative feelings among the country's Muslim minority. The siege on the home of Merah – a 23-year-old French national of Algerian origin - began in the early hours of Wednesday morning. Merah refused to surrender and reportedly shot two officers, who sustained mild injuries. Eventually, the Toulouse gunman was shot in the head by a sniper as he tried to shoot his way out of the apartment, bringing the 32-hour siege to an end. After the raid, Sarkozy told reporters "We wanted to bring the terrorist to justice, but not risk the lives of any more people." Extreme rightist candidate Marine Le Pen, the head of the National Front, claimed that the Toulouse killings are evidence that France has "dangerously underestimated the threat of Islamic fundamentalism," while Francois Bayrou, a candidate for the centrist Democratic Movement (Modem) party, said he was shocked by the fact that Merah had been able to obtain dozens of firearms without having aroused the suspicions of officials. Former Israel Police commissioner Assaf Hefetz also criticized the siege on Merah's home, saying French police "gave him too much time." Speaking to Ynet, Hefetz claimed that siege was ineffective and may, in the long run, increase the motivation of terror groups. "They (police) should have raided the apartment and captured (Merah) much earlier – dead or alive," he said. Meanwhile, French Prime Minister Francois Fillon said Friday French that police had no grounds to detain Merah before he went on the killing spree in Toulouse. "There was no single element allowing to detain Mohammed Merah," he told French radio. "We don't have the right in a country like ours to permanently monitor without judicial authorization someone who hasn't committed an offence ... We live in a state of law." Eva Sandler, the widow of the rabbi who was killed in Merah's attack on a Jewish school in Toulouse, said in a statement "no one will (break) the Israeli nation's spirit and its connection to the Torah and Mitzvoth." News agencies, Kobi Nahshoni contributed to the report