The day after Shaul Mofaz's big win in the Kadima primaries, it turns out that Arab voters played a key role in his victory.

According to newly released figures, some 25% of Kadima members who voted in Tuesday's primaries were Arab, and 71% of them cast their vote in Mofaz's favor. Overall, 40,399 people voted in the Kadima primaries, including more than 10,000 Arab Israelis. 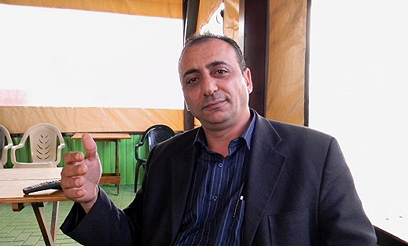 Hussam Masri says he slept only three hours a night in the last two days because of his efforts to promote Mofaz's candidacy. The day after the win, Masri and his Arab sector comrades can take credit for a big part of the former IDF chief of staff's win.

"We're happy for him," Masri told Ynet. "Our efforts weren't in vain; the Arab sector played a big part in the victory."

"Back in the last primaries we voted for Tzipi Livni, who to my regret did not address the Arab sector. We felt humiliated, which prompted us not to endorse her this time," he said.

"I supported Livni in the past, but after I saw that she's indifferent…I decide to switch sides, vote for Mofaz and work for him," he said.

"Mofaz is a man who listens and respects both peoples, and I felt he has a genuine desire to fight for all citizens of Israel, both Jews and Arabs, with no discrimination," Farij said. "We can only promote projects through Mofaz…and it's enough that he's against the war with Iran."