'One way or another.' Ya'alon
Photo: Assaf Shilo

Ya'alon: Iran laughing all the way to the bomb

"Iran is laughing all the way to the bomb," Strategic Affairs Minister Moshe Ya'alon said Wednesday, while noting that a new report showed that the Islamic Republic has had produced almost 6.2 tons of uranium enriched to a level of 3.5% since it began the work in 2007.

Speaking at a conference in Tel Aviv organized by The Institute for National Security Studies, Yaalon said "there is no indication that Iran feels threatened in any way, despite all the pressure (from the West) and economic difficulties. It still hasn't brought the regime (in Tehran) to the point where it has to choose between a bomb and survival. They're not there."

According to the report, which was published by The Institute for Science and International Security, "This total amount of 3.5% low enriched uranium hexafluoride, if further enriched to weapon grade, is enough to make over five nuclear weapons." Former Mossad chief Meir Dagan told the conference a strike on Iran could hasten the Islamic Republic's development of an atom bomb. Responding to Dagan's comment, Ya'alon said "as someone who has experienced war, I understand how important it is to leave the military option as a last resort. But if we'll have to choose between a strike and an Iranian bomb, we'll choose a strike." 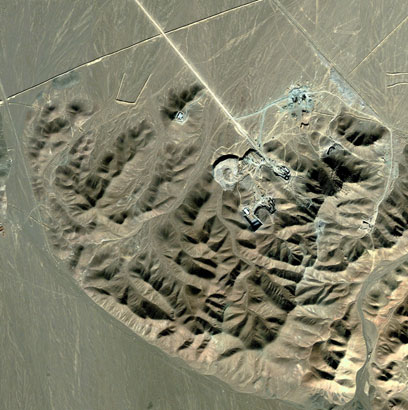 Ya'alon, who is also Israel's vice prime minister and a former IDF chief, explained that the Iranian threat "is not solely against the State of Israel. We are the 'Little Satan' and American is the 'Great Satan.' (The Iranian regime) has hegemonic aspirations that are accompanied by messianic, apocalyptic religious beliefs.

"Therefore, one way or another, we must prevent this unconventional regime from obtaining unconventional capabilities," he said. Iran, Ya'alon added, does not foresee an Israeli strike in 2012, "because there are elections in the US. (Iran) knows the West and understands there is no green light for an Israeli attack. That is why they have come to the (nuclear) negotiations (with the world powers) without a sense of urgency. "Our position is clear. They must give up (uranium) enrichment entirely, transfer all enriched material out of the country and close the facility in Qom," the vice PM told the conference. Addressing the escalation in Syria, Ya'alon said President Bashar Assad will eventually have to step down. "It can happen sooner – by way of an assassination – or in several months," he said. "The fall of (Assad's regime) will constitute a severe blow to the axis of evil, which stretches from Tehran to Damascus, Lebanon and the Gaza Strip."