Obama to give Israel $70M for Iron Dome

President announces release of additional aid for rocket defense system while signing bill that underscores Washington's 'unshakable commitment to Israel.' Romney camp: Bill does nothing to address White House's evasiveness on whether Obama recognizes Jerusalem as capital of Israel

The stepped-up US aid, first announced in May, will go to help Israel expand production of the short-range rocket defense system, which has proved successful at stopping rocket attacks fired at Israeli civilians from close range, including from Gaza. The official spoke on the condition of anonymity because he was not authorized to speak publicly ahead of the president.

Obama announced the new military assistance as he signed a bill in the Oval Office expanding military and civilian cooperation with Israel.

"As many of you know, I have made it a top priority for my administration to deepen cooperation with Israel across the whole spectrum of security issues, intelligence, military, technology," Obama said during the signing ceremony.

"And in many ways, what this legislation does is bring together all the outstanding cooperation that we have seen really at an unprecedented level between our two countries to underscore our unshakable commitment to Israel's security," the US leader stated. 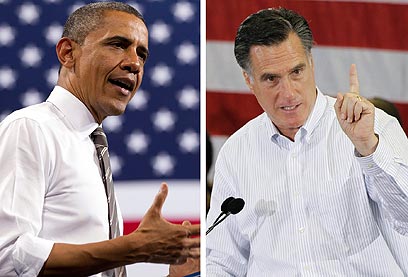 Obama said he was "very pleased that this week we are going to be able to announce $70 million in additional spending…For Iron Dome. This is a program that has been critical in terms of providing security and safety for Israeli families. It is a program that has been tested and has prevented missile strikes inside of Israel. And it is testimony to the leadership of the folks sitting here that we're going to be able to lock in that funding to assure that that program continues and that we are standing by our friends in Israel when it comes to these kinds of attacks.

"Let me just close by saying that the tragic events that we saw in Bulgaria emphasize the degree to which this continues to be a challenge not just for Israel but for the entire world - preventing terrorist attacks making and sure that the people of Israel are not targeted. And I hope that as I sign this bill, once again everybody understands how committed all of us are, Republicans and Democrats, as Americans, to our friends and making sure that Israel is safe and secure," he said. 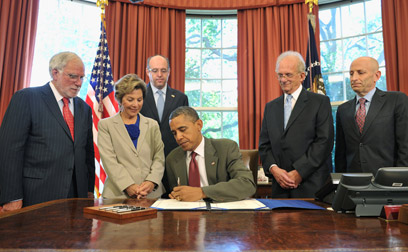 Jewish members of Congress Howard Berman and Barbara Boxer, who initiated the legislation, were on hand for the signing ceremony.

The White House focus on Israel this week comes as Romney prepares to visit Jerusalem. The presumptive GOP nominee is a critic of Obama's policy toward Israel and has promised to ramp up US aid to the Jewish state, although Obama officials say the administration already provides record levels of funding.

A Romney spokeswoman said the former Massachusetts governor was happy to see steps being taken to enhance security cooperation with Israel. "Unfortunately this bill does nothing to address yesterday's evasiveness from the White House on whether President Obama recognizes Jerusalem as the capital of Israel, which raised doubt about the president's commitment to our closest ally in the region," said Romney spokeswoman Amanda Henneberg. 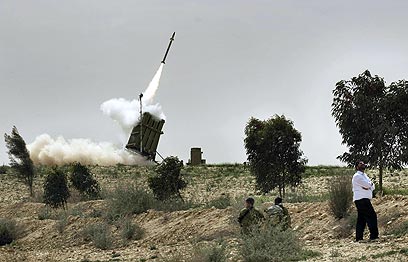 Romney is in London on the first leg of an overseas trip designed to burnish his foreign policy credentials.

The White House subtly injected itself into Romney's trip on Thursday after Romney caused a stir by calling London's problems with Olympics preparation "disconcerting." White House spokesman Jay Carney said Obama "has the utmost confidence" in Britain's ability to host the games. Obama planned to continue competing with Romney for attention during the opening ceremonies of the Olympic Games, which Romney was scheduled to attend while in London. Romney led the organizing committee for the 2002 Olympics in Salt Lake City. The Obama campaign was airing an ad for American audiences during the opening ceremonies featuring Obama promoting his middle-class political pitch. "I believe that the way you grow the economy is from the middle out," Obama says in the ad, echoing a standard campaign refrain. "I believe in fighting for the middle class because if they are prospering, all of us will prosper." With the ad, Obama guarantees himself a presence during opening ceremonies despite the free media Romney might get by being there in person.