President Mahmud Abbas will temporarily refrain from unilateral action against Israel to give US-brokered peace talks a chance to resume, a Palestinian official said on Thursday.

"Abbas and the Palestinian leadership have decided to give a sufficient chance for (US Secretary of State John) Kerry's efforts to succeed," the official told AFP, speaking on condition of anonymity.

For around two months, Abbas and the Palestinian Authority would suspend all unilateral measures through United Nations agencies and would refrain from taking a case against Israel to the International Criminal Court, he said.

The Palestinians' unilateral measure of seeking upgraded status at the UN late last year angered Israel and the United States, although it won overwhelming international support. 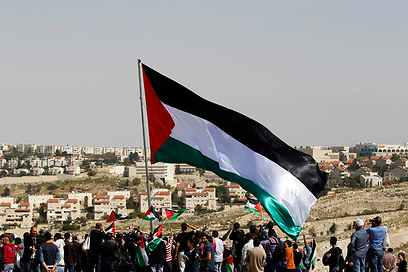 During the two months, "the Palestinian leadership will not make new demands to UN agencies," the official said, adding that this would give Kerry enough time to set up a framework in which peace negotiations might take place.

The remarks came just days ahead of a visit by Kerry, who will hold fortnightly meetings with Israeli and Palestinian leaders, local media say, as he tries to revive the stalled peace process. The official warned, however, that if Israel failed to halt settlement building - a Palestinian precondition for any talks to take place - the PA would immediately begin working through the international bodies again. "Settlement building in E1 is a red line and erecting so much as one stone in the area... would destroy the (possibility of a) two-state solution," he said. The Palestinians say settlement construction in the West Bank area known as E1 would effectively cut the Palestinian territory in two and prevent the creation of a contiguous Palestinian state. The international community has reacted with consternation at Israeli plans to build in E1, urging Prime Minister Benjamin Netanyahu's government to reconsider.