Op-ed: According to int'l law, 'state-owned' lands in West Bank can be used only for the benefit of the local Palestinian population

The controversy surrounding the government's decision to promote the construction of thousands of housing units in the E1 zone, which will connect Ma'ale Adumim and Jerusalem and cut through the West Bank, is view by pundits and politicians alike as a serious diplomatic problem, but not a legal one.

It is assumed that most of the area has been declared as state-owned land, meaning it belongs to the government, which can do whatever it wants with it. This assumption is completely false. Over the years Israel's governments have allotted "state-owned" lands in the West Bank almost exclusively for the use of settlements, in direct violation of international law.
Palestinian Propaganda
EU detached from reality
Yochanan Visser
Op-ed: Criticism of E1 development plan shows EU policy is based on information from Palestinian sources
EU detached from reality
As of today, 1.4 million dunams (346,000 acres) in the West Bank (some 26% of the entire territory) are defined as state-owned land. Some 527,000 of the dunams (130,000 acres), mainly in the Jordan Valley, were considered state-owned land when Jordan ruled over the region. Since the High Court of Justice ruled in 1979 that it is illegal to build settlements on private Palestinian land, the settlement enterprise has been based on the use of state-owned lands. To this end, between 1979 and 2002 Israel has declared more than 900,000 dunams (about 222,000 acres) as state-owned land, an addition of some 170%. Most of these lands were defined as being within the limits of the settlements' local or regional councils. According to international law, publicly-owned areas in the West Bank also belong to the Palestinian population that resides within them. The West Bank was never annexed to Israel's sovereign territory (such a unilateral annexation would be illegal); it is under Israeli military rule. Military rule means that the state holds the territory only as a trustee. 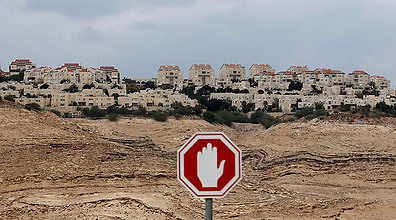 International law clearly determines that Israel can use the territory only to provide for the needs of the local population or to serve its military and security-related needs. Building permanent communities that are populated by Israeli civilians, the advancement of Israeli industrial and tourism projects, exploiting the area's resources (including water) – all of these are forbidden. These resources must be used to serve the needs of the Palestinian population alone.

Despite the legal restrictions, since taking over the West Bank Israel has classified hundreds of thousands of dunams as state-owned land. These areas were robbed from the Palestinian population and are used almost exclusively by the settlements, which were established illegally. Classifying these areas as "state-owned" and transferring them to the settlements has had severe effects on the local Palestinian population: The livelihood of the shepherds and farmers has been taken away; Palestinian communities cannot expand and develop; and lands that were supposed to be designated for the development of Palestinian industry, tourism and agriculture have been robbed. It is not just settlement building that is wrong. As strange as this may sound to Israelis, who consider natural resources to be Israeli property, we are not allowed to open beaches and factories in the northern Dead Sea; we are not allowed to develop tourism projects in areas we do not own and we are forbidden from exploiting the resources of the conquered land. These resources can only be used for the benefit of the local Palestinian population. The government's policy is not new, but the fact that we have been acting this way for decades does not make it right. "State-owned" lands are meant for the use of the Palestinians. The only exception that allows Israel to use conquered lands is when these lands are needed in order to meet a military need. The plan to build thousands of settler homes in E1 has nothing to do with Israel's military needs.