Shortly before landing in Israel, US defense secretary says there is 'no daylight at all' between Jerusalem, Washington on central goal of preventing nuclear Iran, but adds 'there may well be some differences regarding the timing'

US Defense Secretary Chuck Hagel said Sunday the United States and Israel see "exactly the same" threat from Iran, but differ on when it may reach the point of requiring US or Israeli military action.

Hagel held out hope Sunday for a nonmilitary way to ending the threat of a nuclear-armed Iran, but he also emphasized Washington's willingness to let Israel decide whether and when it might strike Tehran in self-defense.

Hagel, on his first visit to Israel as Pentagon chief, seemed intent on burying the image that Republican critics painted of him as insufficiently supportive of the Jewish state. That portrayal was central to a failed campaign to derail Hagel's Senate confirmation in February.

"Israel will make the decision that Israel must make to protect itself, to defend itself," Hagel told reporters before arriving here on Sunday to begin a week-long tour of the Middle East.

Also Sunday, US Secretary of State John Kerry was in Istanbul, where he urged Turkey to speed up and cement an American-brokered rapprochement with Israel. On a trip to Israel last month, President Barack Obama secured a pledge from Turkish and Israeli leaders to normalize ties that broke down after a 2010 Israeli raid on a Gaza-bound aid flotilla. Hagel said international penalties are taking a heavy toll on Iran, though he said no one can be sure that economic coercion will compel Iran to change course.

Referring to sanctions and diplomacy, Hagel said, "these other tracks do have some time to continue to try to influence the outcome in Iran." 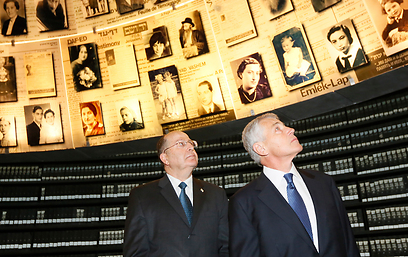 Hagel acknowledged that while Israel and the US share a commitment to ensuring that Iran does not acquire a nuclear weapon, there "may well be some differences" between the two allies on the question of when Iran's leaders might decide to go for a bomb.

"When you back down into the specifics of the timing of when and if Iran decides to pursue a nuclear weapon, there may well be some differences," he said.

Israeli Prime Minister Benjamin Netanyahu tends to see more urgency, reflecting in part the fact that certain Iranian technological advances toward a nuclear weapon could put the program beyond the ability of the Israeli military to destroy it with airstrikes. US forces have greater reach.

Hagel's first order of business upon arrival in Jerusalem was a guided tour of the Yad Vashem Holocaust history museum. He participated in a ceremony at the Hall of Remembrance and wrote an inscription in the guest book at a memorial for the 1.5 million Jewish children who perished in the Holocaust.

"There is no more poignant, more touching, more effective way to tell the story than this reality, as painful as it is, but it is a reality," he said after completing his visit. "It did happen, and we must prepare our future generations ... for a clear understanding that we must never allow this to happen again."

In his remarks while en route to Israel, Hagel repeatedly emphasized Israel's right of self-defense and stressed that military force – by implication, Israeli or American – remains an option of last resort.

"In dealing with Iran, every option must be on the table," he said.

During his two-day visit to Israel, Hagel was expected to further discuss a US arms deal that would provide Israel with missiles for its fighter aircraft, plus KC-135 refueling planes that could be used in a long-range strike on a country such as Iran, as well as V-22 Osprey transport planes. He called the proposed sale a "very clear signal" to Iran.

"The bottom line is, Iran is a threat – a real threat," he said. "He's here to say, `Folks, nothing has changed. We are still with you,'" Shapir said. "The goal is to deliver a relaxing message and to project business as usual."

Hagel suggested he holds hope that Iran's presidential election in June might change the trajectory of its nuclear drive.

After his talks in Israel, Hagel planned stops in Jordan, Saudi Arabia, Egypt and the United Arab Emirates. Each is an important American ally in the Middle East, and each is worried by Syria's civil war.

Saudi Arabia and the UAE are part of a $10 billion proposed US arms sale that includes Israel. The UAE would get about 26 F-16 fighters and it and Saudi Arabia would get advanced air-launched missiles.