Exploiting a loophole in Western sanctions, Iran is importing a high grade of refined alumina ore from several European countries including Germany and France that Tehran could be using to make armor parts and missile components.

Western measures imposed on Iran over its disputed nuclear program have hit many sectors of its economy including steel and other metals, where it is heavily dependent on imports. Tehran says its atomic work is peaceful.

The refined ore has been excluded from European Union sanctions, but tightened US sanctions that came into effect on July 1 seek to close the loophole. According to a US Treasury briefing, the latest measures will cover "raw or semi-finished metals" that include aluminum.

"After July 1, new sanctions will blacklist metals trade with Iran including aluminum, coal, steel, gold, silver and platinum amongst others, and should include alumina," said Mark Dubowitz, who has advised President Barack Obama's administration and US lawmakers on sanctions.

Alumina is a refined version of the raw ore bauxite. It is typically used to make aluminum, but in its high purity or 'chemical grade' form, it has non-metal applications that have sensitive military uses.

Export data from independent firm Global Trade Information Services showed that between January 2012 and March 2013, around 4,000 tons of alumina had been sold to Iran mostly from Germany and France, but also from Slovenia, Italy, Hungary and Belgium.

Mark Gorwitz, previously with the US Department of Defense and now a consultant specializing in nuclear and missile-related technologies, says Iran is able to manufacture weapons grade ceramic composites using chemical alumina. 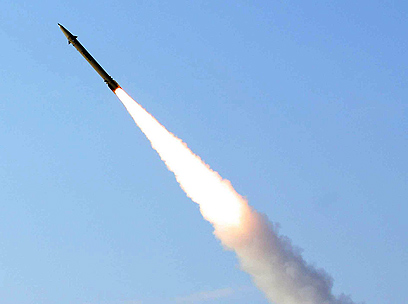 "Iran definitely has the ability to manufacture missile parts locally. They've done quite a bit of work on ceramic composites made with alumina, and used for manufacturing armor parts and missile components like nozzles and radomes," he said.

Gorwitz cited an academic paper seen by Reuters on the scientific properties of alumina armor, published in 2011 by researchers at Malek Ashtar University, an entity listed by the EU in 2008 as linked to Iran's nuclear activities.

Chemical alumina, a powder, has to be combined with other materials to make ceramic composites for missiles and armor.

David Albright, a former UN weapons inspector now president of US-based think-tank the Institute for Science and International Security, said Iran had been studying the use of chemical alumina for years, citing three scientific journal papers published by Iranian academics between 2008 and 2009.

"The documents show that there's an interest in mastering the use of chemical alumina for a broad set of uses which include military," he said.

Chemical alumina can also be used to make transparent ceramics used in lasers and night vision devices. But its use in protective cones for missiles potentially links it to Iran's nuclear program.

"In general, Iran has been trying for three decades to develop ballistic missiles," said Michael Elleman with the London-based International Institute for Strategic Studies.

"Transparent ceramics are a type of sapphire made using chemical alumina. Sapphire can be used as a missile component. Whether the missile carries explosive or nuclear warheads is not the point; most missiles are dual capable."

A spokesman for Tehran's UN mission in New York said sanctions were "counterproductive in terms of confidence building between Iran and some members of the Security Council who level some allegations against my country".

"Iran has never violated its international commitment and always remains committed to its obligations," he said.

Data from the International Aluminum Institute showed Europe produced 2.38 million tons of chemical grade alumina between January 2012 and June 2013, accounting for about a third of the total chemical alumina produced globally.

"None of the military and defense-related applications use particularly large tonnages of alumina," a Western specialist familiar with alumina processes said.

Iranian military commanders regularly announce what they say is significant progress in the manufacture of defense systems and missiles, which are tested during regular drills and war games. But western analysts say their real capabilities cannot be independently verified.

"Whereas the export of aluminum ore - alumina - is not," the spokesman said. "It is an area that may be looked at in the future."

As of July 1, however, the tightened US sanctions might hamper the alumina trade with Iran as companies involved, who also have US interests could be targeted by Washington.

"Any European companies found selling alumina, for example, will face the full weight of US law. Alumina previously has sailed past the radar under previous US and EU sanctions and should not be overlooked again as an important target of pressure," Dubowitz said.

Earlier this year, Switzerland-based commodities giant Glencore Xstrata said it had done nothing wrong when they engaged in alumina-for-aluminum swap deals with Iran. Another Swiss group Trafigura was involved in similar deals.

One industry source said at present alumina made in Europe was reaching Iran via middlemen operating from the Middle East Gulf who transport the cargoes on barges from the United Arab Emirates. Alumina can be shipped in general cargo vessels.

"There's a number of small-time traders in Dubai dealing with alumina from Europe. They buy it from Europe and ship it to (Iran's major cargo port) Bandar Abbas," said a Europe-based alumina player familiar with the trade.

"It's a lucrative market ... these small guys have not got that much reputation to lose even if they get caught."

The surprise victory of moderate cleric Hassan Rohani in Iran's presidential election last month has raised hopes for an easing of tension in the decade-old nuclear dispute, although he is not expected to opt for dramatic change, given his ties with the religious leadership.

"It seems unlikely that the presidential elections will have a significant effect on Iran's military program - at least in the short term," said Hannah Poppy at consultancy Risk Advisory.

"Military spending is a long-term budgetary issue, and the President's control over the military is limited. Also, Iran has invested a considerable amount to support its regional allies Syria and Hezbollah , so a major reduction in military aid or rhetorical support would be counter-intuitive."