Emaciated drug addicts with a blank looks and arm extended forward are the permanent landscape of the area surrounding south Tel Aviv's Central Bus Station, the same area where a woman's dismembered body was found over the weekend. They are always there, in daylight and dead of night.

They cannot be missed or avoided. They walk slowly back and forth on the sidewalk and sometimes step into the road to try and get a few coins from random vehicles unluckily stopping at a nearby traffic light. Their drug trafficking stations are more or less visible for all in dark alleys and stairwells, but do not face shut down by the authorities; it is doubtful if anyone can shut them down. That is the reality of the backyard of Tel Aviv's backyard.

The suitcase with a dismembered body was found in the same area in south Tel Aviv. Hours later, a blood-stained piece of cloth and a pile of police tape were still at the scene. It was the only remnant of the criminal event; the rest is routine and life on track. 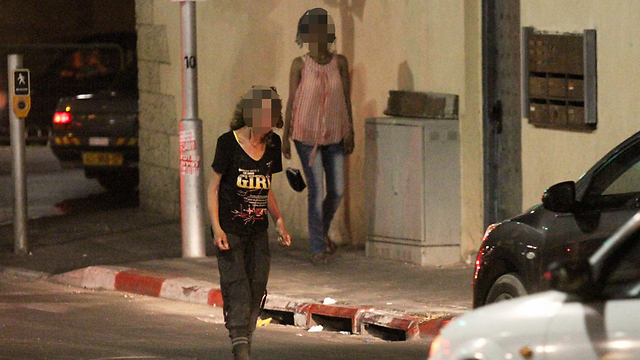 Drug addicts in south Tel Aviv (Photo: Ido Erez)
"Well, for several years now it's been the wild west around here," said Shlomo, a resident of the area. He volunteered to guide a short tour of the "interesting" corners of the area, as he defined it. While pointing at a junkies-concentrated area he said: "From there they go to (the drugs) stations, or to (the city of) Lod, or to their pimps, who knows."

He stalled at a small street alcove and watched the drugs station. "There are two more: one under the bridge and another on Levinsky Street." 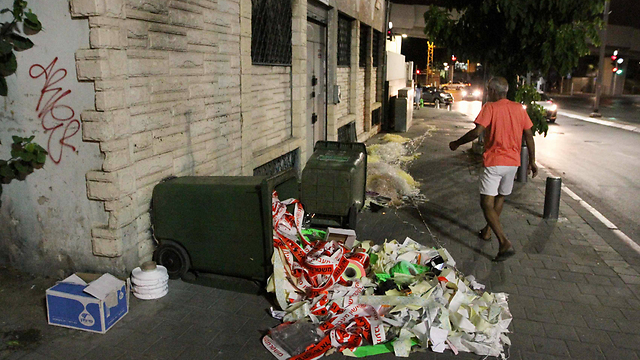 Live in neglect (Photo: Ido Erez)
And the police, what do they do? "The police are actually around quite often." Meaning they shut down the drug stations?

"Oh, of course not. They just patrol the area." 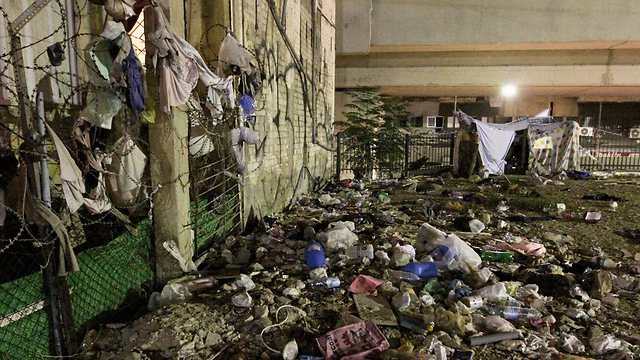 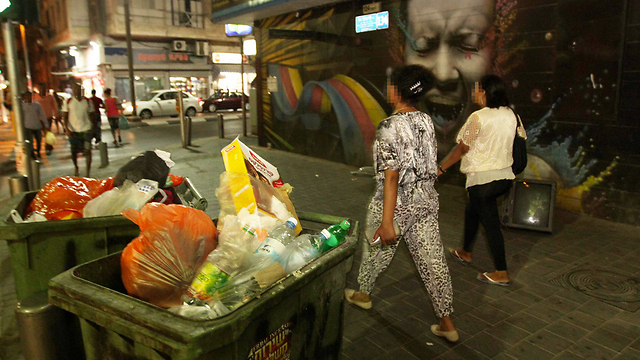 The murder investigation is focused on the immediate need to identify the victim. The detectives are on site, security footage is being checked and investigators have also turned to cab drivers, in search of an unknown passenger who came to the area with a suitcase. "It's hard to believe whoever brought the suitcase here was not seen by anyone or by a camera," police said.

A nearby supermarket opened Saturday night around 8 pm. One of the workers was arranging the popsicles fridge, and responded quite indifferently to the events: "So they found a dismembered body in a suitcase. Dude, people eat each other around here."

Do you see a lot of violence here?

"It's not really visible violence. Maybe sometimes some Sudanese men fight at night. But what's happening with the drug dealers and the prostitutes is a whole other thing. It's really dangerous." 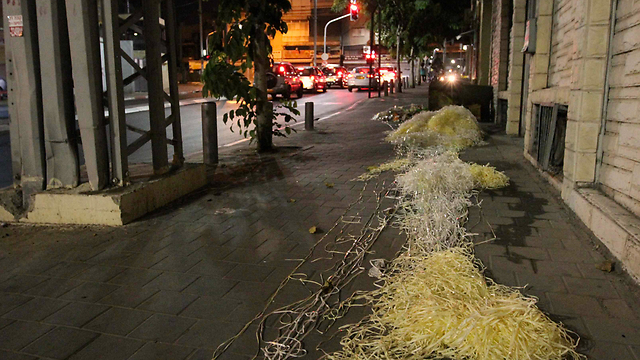 Business owners and drug-addicts are almost the only white people in an area that populates tens of thousands of asylum seekers and immigrants from Eritrea and Sudan.

A few steps from where the bloody suitcase was found, there is a café owned by several Eritreans. However Titi, the café shift manager who worked in the hours after the suitcase was found, did not hear of the event at all. "We have no relation to the junkies around here," she said in English. "They pass by the entrance to the pub but never enter or disturb us or the customers. We're not looking for trouble."

A very similar approach is shared by Musia, an Eritrean citizen who runs an internet café nearby, and shares a wall with a big drugs station. "Oh, the junkies," he said in Hebrew, "They don't bother us. Occasionally someone walks in to ask for money but we refuse and they leave. We never had problems with them. It's just not a pleasant sight to see." 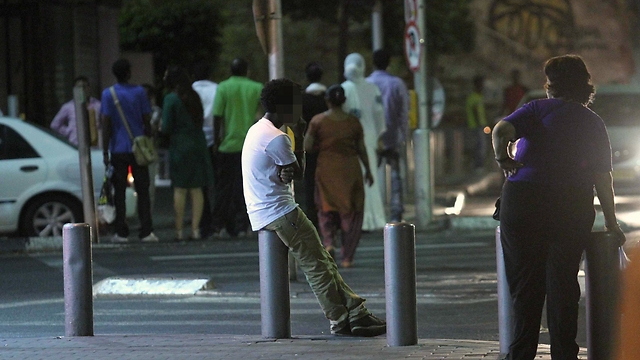 Area populates mostly African immigrants (Photo: Ido Erez)
The Jewish business owners, however, are much less understanding, and have been trying to join forces and pressure the police and the municipality for years. Their actions resulted in a new police station in the area and the reinforcement of forces; however reality is virtually unchanged. "The police and Border Guard are here for 15 minutes a day, say hello to the junkies and disappear," said a business owner in the central bus station. "I don't understand how they allow this to continue. This is a central place, kids go to school, people run errands, people walk from here to the train. How do they let it carry on? We are not afraid of the junkies, because they're not in a physical state to cause damage, but of their dealers. It's the crime world. They're serious criminals." The Tel Aviv Municipality has been trying to handle the situation for years while calling for government aid. Tel Aviv's Deputy City Manager Ruby Zelof met with the residents and business owners union, the street lighting was enhanced and parts of the neighborhood were reinforced with surveillance cameras.

But a municipality source admitted that "it is a bandage for a cancer patient. The problems in this area are far greater than the municipality's capabilities. We have no real way of dealing with them. Is there any chance for the situation to change for the better soon? Unfortunately, no."