Daily Beast reports intercepted conference call of leaders of regional al-Qaeda branches, including small affiliated group like those active in Sinai, was behind US call to close embassy. Official: Call 'like a meeting of the Legion of Doom'

WASHINGTON – An intercepted conference call between al-Qaeda leader Ayman al-Zawahiri and his top operatives prompted the United States to close its Middle East diplomatic missions, according to a report Wednesday.

Online journal The Daily Beast, citing US intelligence sources, said more than 20 al-Qaeda operatives from across the terror group's global network were on the call, which they described as being "like a meeting of the Legion of Doom."

In the call, Zawahiri reportedly named the head of the Yemen al-Qaeda branch, Nasser al-Wuhayshi, as the operational controller of the group's affiliates throughout the Muslim world or the group's regional Ma’sul al-Amm (Arabic for general manager). "This was like a meeting of the Legion of Doom," the Daily Beast quoted a US intelligence officer as saying, referring to a coalition of villains in the cartoon "Super Friends."

According to the quoted source: “All you need to do is look at that list of places we shut down to get a sense of who was on the phone call.” 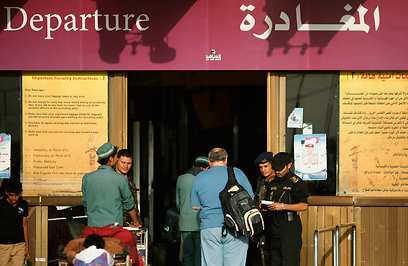 The United States took the unusual step of closing some 25 diplomatic missions in the Muslim world on Sunday, and then extending the closure for a week at 19 of them, in response to what was reportedly a credible and imminent threat of a major al-Qaeda attack.

According to the Daily Beast, the presence of aspiring al-Qaeda affiliated groups operating in Sinai was a major factor in the State Department's call to close the US Embassy in Tel Aviv, the report quoted one US intelligence official as saying. 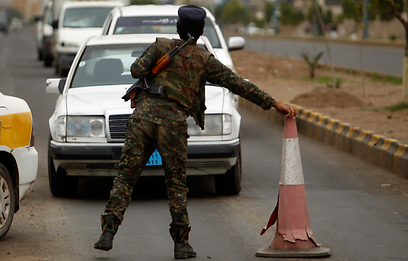 Al-Qaeda leaders had mistakenly assumed that the conference calls, which allowed Zawahiri to run the decentralized group from remote locations, were secure.

Earlier news reports had said the warning had come from a US intercept of a conversation between Zawahiri and al-Wuhayshi.

The Daily Beast said that during the conference call the al-Qaeda leaders discussed in vague terms plans for a pending attack, and mentioned that a team or teams were already in place.