Some domestic flights that were scheduled to land in Eilat were redirected to the Ovda airport.

On the Egyptian side of the border, the army continues to hunt for Islamist terrorists in the Sinai peninsula. A spokesman for the Egyptian Army, Ahmed Ali, has said that during the previous month some 103 terrorists were arrested and 60 armed militants were killed in Sinai as part of the army's operation in the peninsula. 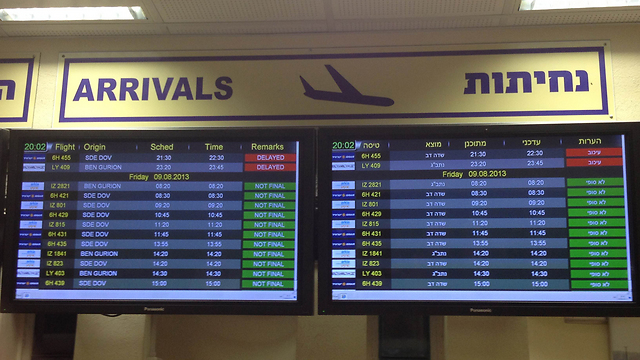 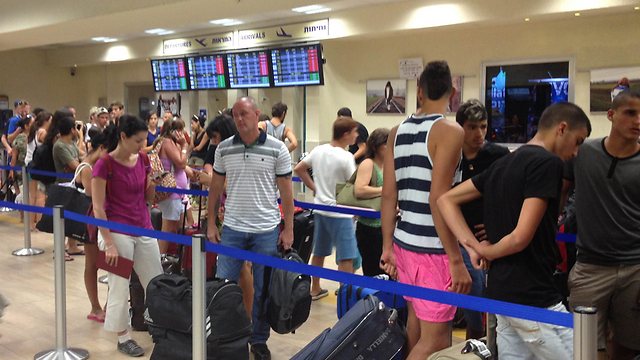 In his statement, the spokesman noted that during the operation, 102 tunnels between Egypt and Gaza were destroyed as well as 40 fuel storage containers intended for the Strip. In addition, 38 cars belonging to terrorist were confiscated.

The Egyptian Al-Shorouk newspaper reported Thursday that security forces operating in Sinai are on the highest alert level due to the Eid al-Fitr holiday.

Last month the IDF deployed Iron Dome missile defense batteries in Eilat for fear that terrorists in Sinai may launch rocket attacks on the city. 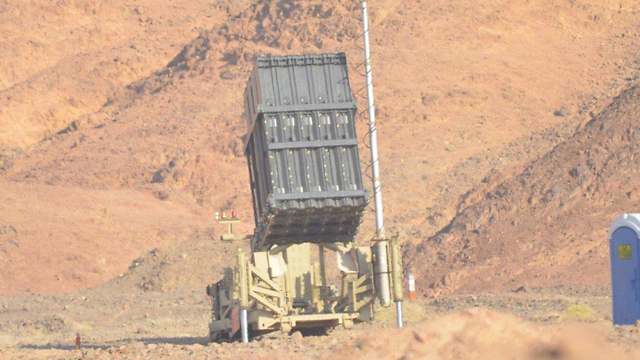 An international warning was recently issued due to an apparent plot by al-Qaeda to attack Western targets in the Middle East and North Africa. The warning promted the US to temorarily close several diplomatic missions in the region, including the embassy in Tel Aviv.

According to reports, the warning was issued after intelligence agencies intercepted a conference call between al-Qaeda leader Ayman al-Zawahiri and representatives of several of the terror group’s affiliates all over the world. The US warnings prompted additional Western countries to temporarily close their missions in the Middle East and North Africa. The focus for now remains on Yemen, home to al-Qaeda in the Arabian Peninsula. Western countries are deeply worried about a possible attack against their assets in the Arab country.

According to the Daily Beast, terror leaders based in Egypt's Sinai peninsula also took part in the conference call between al-Qaeda operatives. This was the reason behind the closure of the US Embassy in Tel Aviv on Sunday.

"These guys already proved they could hit Eilat. It's not out of the range of possibilities that they could hit us in Tel Aviv," a US official told the news website.

Last month the IDF deployed Iron Dome missile defense batteries in Eilat for fear that terrorists in Sinai may launch rocket attacks on the city.