While the Israeli political system is mainly preoccupied with the resumption of talks with the Palestinians, namely the release of prisoners, a visit by the chairman of the joint chiefs of staff brings back other regional strategic issues to the fore.

A senior state official has criticized the Obama administration saying that Washington is perceived as weak and hesitant at a crucial point in Middle East politics.

General Martin Dempsey landed in Israel Monday and is set to hold meetings with Israeli officials to discuss the Iranian nuclear program, the Syrian civil war, unrest in Egypt and al-Qaeda's attempts to create a foothold in Syria and the Sinai Peninsula. 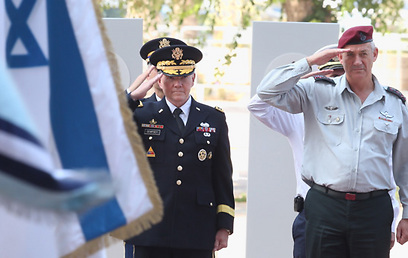 One of the more pressing issues is a Syrian-Russian deal for the supply of S-300 missiles to Bashar Assad's regime. Israeli officials estimate that Moscow is "in no hurry" to supply the arms. "We are monitoring the issue and it should be stressed that our hands are not tied," one state official emphasized.

In this context, Israeli officials are growing more concerned at Washington's positions vis-à-vis developments in the Middle East. A state official suggested that Israel, rather than the United States, is more consistent and reliable in its policies in the region. 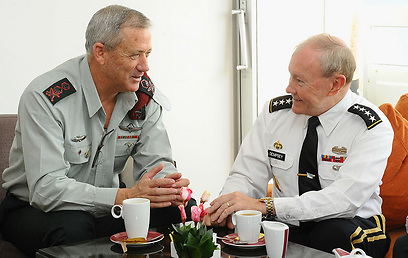 "The Russians are taking advantage of US weakness and are engaging in a superpower war where all other countries including Israel and Syria, are nothing more than pawns. The Russians have decided they will prove to the world in general and the countries of the region in particular, that they can be counted on.

While the Americans display weakness and hesitance abandoning their partners, the Russians continue to support Assad. It's not because they want Assad, but because of the superpower game."

It is feared that US weakness will affect Washington's ability to make dramatic decisions, namely a decision regarding Iran's nuclear program. Israel is expecting the US "not to fall in Rohani's trap" and continue to exert pressure on Tehran, the official said.

"We need to keep up the pressure until they break," the state official said. "There must be no change in the US position on this matter. The Iranians must face a dilemma of survival."

Nevertheless, Jerusalem is satisfied with the current geopolitical situation in the region. Despite the chaos and instability, Israeli officials believe that Jerusalem "can enjoy a convergence of interests with several countries in the region."

"In the current state, and with the right action from Egypt, Jordan and other counties, we could stop al-Qaeda from gaining a foothold in the region. There are many common interests for a considerable number of elements in the region. In this context Israel serves as a meeting point."