After weeks of cabinet discussions, protests and High Court petitions, 26 Palestinian prisoners were released Tuesday night as part of an Israeli gesture to the Palestinian Authority in the wake of resuming peace talks.

Two convoys left the Ayalon Prison Tuesday night en route to the Gaza Strip and the West Bank. The first convoy, carrying 15 prisoners, reached the Erez checkpoint and shortly after 1 am was allowed to cross into Gaza. The second, carrying 11 prisoners, initially arrived at the Ofer Prison and from there headed to Ramallha after passing through the Beitunia checkpoint.

The prisoners were transported in vans with tinted windows to avoid the semblance of a victorious release.

Activists protesting the release tried to block the convoy's way but were soon removed from the area. Meanwhile, a Color Red siren sounded in Sderot and the Shaar Hanegev Regional Council. A rocket landed in an open area. 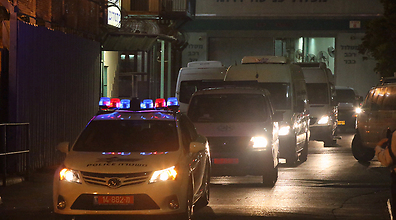 Several hundred Palestinians welcomed the prisoners at the Beitunia checkpoint.

Palestinian President Mahmoud Abbas addressed a crowd of 1,000 people at the Mukataa in Ramallah. "We welcome our brothers who have left the darkness of prison into the light of freedom and tell them they are the first but there are other brothers who too will leave soon. We shall not rest until they are all with us." The prisoners first visited the grave of Yasser Arafat.

Tuesday's release is the first of four phases which will see some 100 prisoners freed as negotiations between Israel and the Palestinians progress.

The identity of the 26 men was decided by a ministerial committee chaired by Defense Minister Moshe Ya'alon that conferred with heads of the defense establishment. 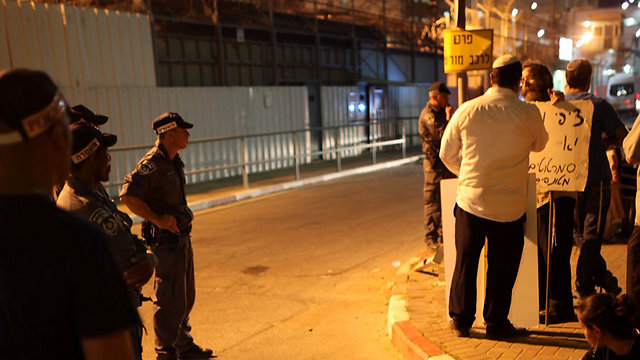 The decision prompted protest by the families of the terrorists' victims who filed a petition with the High Court of Justice that was ultimately denied.

In an official statement Tuesday, Supreme Court President Asher Grunis wrote: "There is no dispute that the issue at hand is difficult and sensitive. Our hearts go out to the families of the terror victims."

Prior to their release, the prisoners will undergo a medical examination and will be interviewed by prison staff. It is unclear whether the 26 men were asked to sign a paper to pledge they will not engage in terrorist activity, as in past cases. An Israel Prison Service official said that the guards are prepared for the procedure. 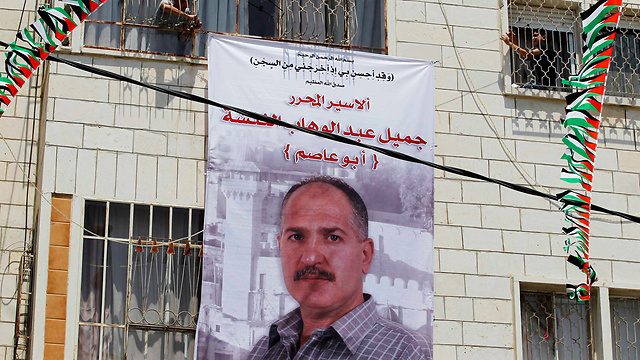 Police cars and motorcycles will escort the prisoners' convoy on its way to the checkpoints.

The Hamas government issued a ban against celebrations by the Fatah movement. The government said that a special welcoming ceremony will be held later in the week.

Hamas had ordered the removal of a welcome tent set up by Fatah in Khan Younis and warned printing presses not to print posters connected to the prisoners release.