An Iron Dome battery was deployed in the Tel Aviv Metropolitan on Friday as part of preparations for possible Syrian retaliation to a US strike. Other Iron Dome and Patriot batteries were deployed earlier this week.

The battery is facing north this time, and not south as was the case during Operation Pillar of Defense. 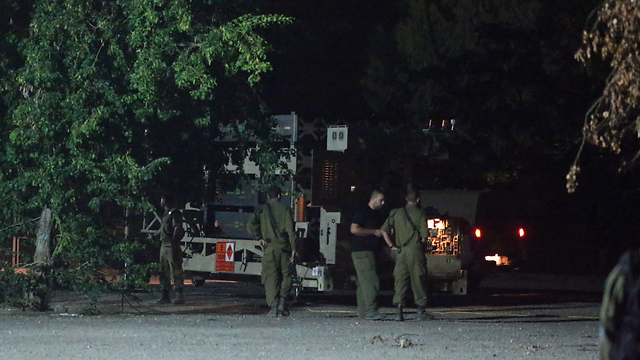 The Air Force, operating the Hetz 2 battery, has raised its alert level. Hetz 2 was designed to intercept long-range missiles such as Syria's Scud D and Iran's Shahab 3 and Sejjil missiles.

Preparations are also underway in Syria. President Bashar Assad's forces removed several Scud missiles and dozens of launchers from a base north of Damascus, possibly to protect the weapons from a Western attack, opposition sources said on Thursday.

The move from the position in the foothills of the Qalamoun mountains, one of Syria's most heavily militarized districts, appears part of a precautionary but limited redeployment of armaments in areas of central Syria still held by Assad's forces, diplomats based in the Middle East told Reuters.

They said rebel raids and fighting near key roads had blocked a wider evacuation of the hundreds of security and army bases that dot the country of 22 million, where Assad's late father imposed his autocratic dynasty four decades ago.