US warship docks in Haifa to refuel

Sailors and Marines aboard the amphibious transport dock ship USS San Antonio arrived in Haifa, Israel for a routine port visit on Wednesday, the US Navy said.

San Antonio's commanding officer, Capt. Randell Dykes, was quoted by the US Navy's website as saying that the visit is a well-deserved break for sailors and Marines, and for many it is the first time they have visited Israel.

"If you've been here, you know what a great country Israel is," said Dykes. "I know our sailors and Marines will have a great time. They certainly deserve it after all the hard work they've put in on this deployment."

An agent with J. Sassower Ltd., a company which operates in the freight forwarding field, told Ynet that the ship's visit was planned and is "unrelated to the events in Syria." He said "ships that arrive for operational purposes do not enter the port, they remain at sea." The Haifa Port also said the visit was routine and that the warship docked in Haifa to refuel. 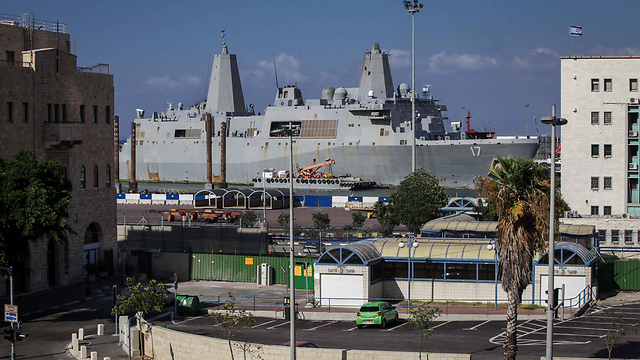 The USS San Antonio is operating in the eastern Mediterranean near five US destroyers armed with cruise missiles that could soon be directed against Syria.

The San Antonio transited through the Suez Canal on Thursday from the Red Sea, and received new orders on Friday to remain in the eastern Mediterranean, near the destroyers, according to US defense officials. It is one of three ships that are carrying 2,200 Marines who have been on a six-month deployment in the region around the Arabian peninsula. 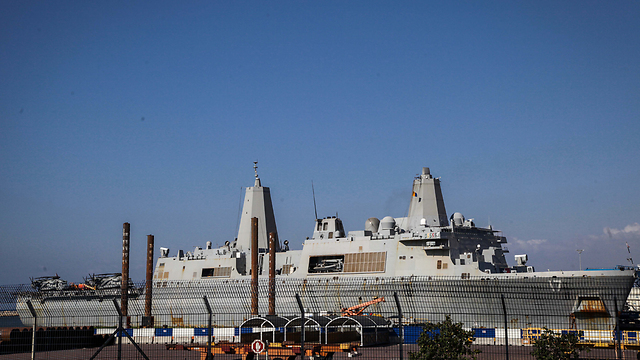 The Obama administration released evidence last week that it said demonstrated the Syrian government had used chemical weapons against civilians. It made clear on Friday that it would punish Syrian President Bashar Assad for the "brutal and flagrant" attack that it says killed more than 1,400 people in Damascus last week. 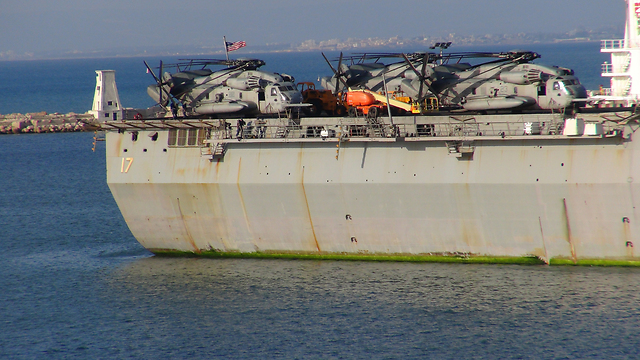 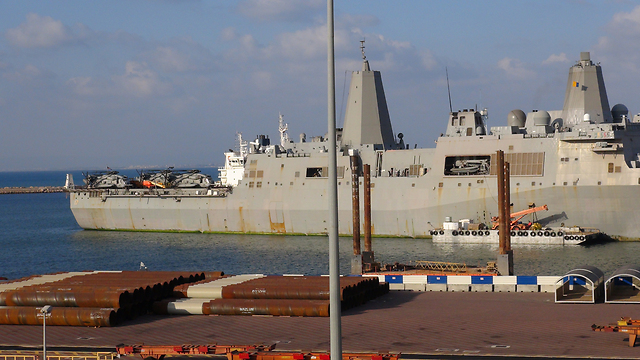 The five destroyers are each carrying an estimated three dozen or more Tomahawk missiles for a combined total of about 200 missiles, according to defense officials. Byron Callan, analyst with Capital Alpha Partners, projected that a limited Syrian strike would use about 200 to 300 Tomahawk missiles, compared to about 221 used in the Libya operation. Defense officials said a more narrowly targeted operation against Syria could involve even less missiles.