Court rules that change to infiltration law, allowing detention of infiltrators for three years without trial, is unconstitutional, in conflict with Basic Law: Human Dignity and Liberty. Judges: Effects will be hard on residents of south Tel Aviv

An expanded panel of nine High Court justices unanimously ruled Monday that the amendment to the Prevention of Infiltration Law, an amendment that allows the detention of infiltrators for up to three years without trial, is unconstitutional.

According to the judges, the arrangement disproportionately harms the constitutional right to freedom set forth in the Basic Law: Human Dignity and Liberty. The amendment to the Infiltration Law was initiated by Prime Minister Benjamin Netanyahu. 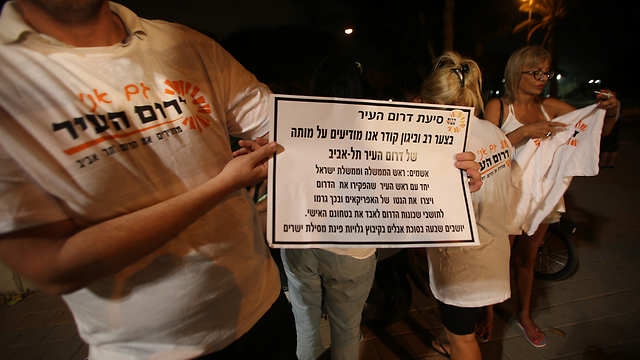 Following the court ruling, their cases will undergo reexaminiation, so as to to assess and release those in custody. The end-point for the examination process has been set for 90 days from the date of the ruling.

Since the amendment came into effect, 1,400 detainees have filed requests for political asylum, but only several dozens of the requests were processed and none were granted.

The President of the Supreme Court, Asher Gronis, emphasized in the decision that the rejection of the amendment could change, given different circumstances. "My position is that our judgment ... is true to this hour and under these circumstances. A fundamental change of circumstances for the worse would justify a judicial reexamination of the matter, if the Knesset enacted a similar law again. Furthermore, our judgment refers to the law that prescribed a period of three years of detention. But in spite of the current circumstances, there is no reason, in my opinion, to enact a new law that would allow detentions for a period significantly shorter than three years.” 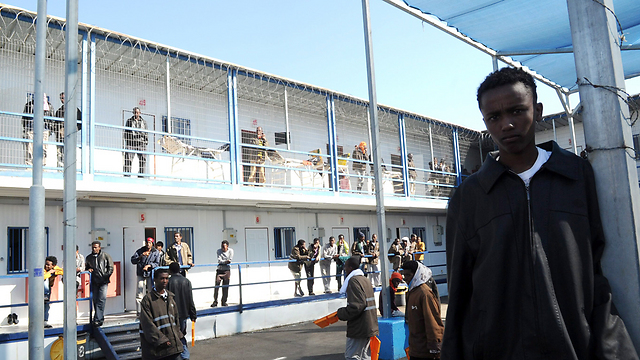 Judge Edna Arbel added: "I would assume that the outcome of this decision will not be easy for the Israeli public, and it will be particularly difficult for residents of south Tel Aviv… the distress of the residents is heavy, painful and unbearable. Their cries are in our hearts, their pain is our pain.

"However, the solution to the plight of the neighborhood residents cannot be, and should not be, found in the form of legislation allowing the holding of thousands of people – men, women and children – in detention facilities, for an unlimited period of time, without being accused of anything, and without the possibility of deportation."

In response to the High Court decision, Prime Minister Benjamin Netanyahu said: "I'm determined to continue to promote governmental work to address the issue of infiltrators."

"We lament the death of south Tel Aviv," a sign the group posted on street corners read.

"The High Court has trampled me. They are people; they deserve to be treated equally, but not at my expense," said political activist Dror Kahalani.

"Isn't it enough that we have tens of thousands of infiltrator in south Tel Aviv? We need to be welcoming more infiltrators who are to be released?" Shlomo Maslawi, chairman of southern neighborhoods committee, asked.

"Seeing as it is south Tel Aviv, they say 'what could happen, let's add more infiltrators.' Attorney General Weinstein toured here and said this number of infiltrators could not be contained, but then the court makes this puzzling decision."

African migrants residing in Israel said they were sympathetic to the feelings of residents of the south, but that the amendment that was canceled was racist and had to be called off. Nevertheless, many said that release was not enough – some form of regulation was in need. 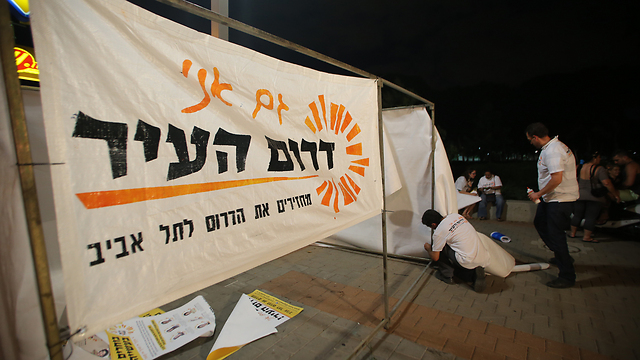 "There isn't any policy to care for refugees. We live here with no basic right… I'm not allowed to work, I'm being called an infiltrator… a criminal," said Muatsem Maali, 26, from Darfur.

Haim Goren, a member of the Shapira neighborhood committee in south Tel Aviv, said in response to the High Court decision, "We want to offer a legal, humane solution which is based on a model of differential dispersion: the state will accept infiltrators based on quotas in geographical areas throughout the country, until they can be returned to their lands of origin. At the moment, it appears that they will be released directly into south Tel Aviv."

Opposition Chair Shelly Yachimovich, one of eight in Knesset who voted against the legislation, welcomed the decision. “The High Court responded and gave a national ethical standard which is clear and precise. The Infiltration Law contradicted Israel's democratic nature. The state must deal in a responsible, deep and human way, with the problem of the legal status of worker immigrants and refugees – while considering the distress of the residents of the south Tel Aviv neighborhoods. The Labor party has already submitted detailed legislation with this in mind, promoted by MK Moshe Mizrahi."

Chair of the Knesset’s Interior Committee, MK Miri Regev, who in the past referred to the infiltrators as “cancer,” said in response to the High Court decision, “There are judges in Jerusalem, but the pain is in south Tel Aviv. This is a decision that is cut off from what is happening on the ground. The Supreme Court has sentenced the residents of south Tel Aviv to live lives of fear and apprehension. The High Court gave in its decision a ‘kosher certificate’ to the phenomenon of infiltration.”

Justice Minister Tzipi Livni responded to the High Court decision to invalidate the amendment to the infiltration prevention law, saying: "The illegal infiltrators problem must be addressed through legislative means. I will oppose any attempt to take advantage of the ruling to weaken the Supreme Court. "

Livni also criticized the fervor surrounding the decision of the judges adding: "It is acceptable to hold differences and level specific criticism, but not to lash out or harm the vital, special status of democracy."

Knesset Member Reuven Rivlin (Likud) also responded to the court ruling, saying: "It is not good that they intervened in Knesset legislation, but the Knesset too needs to be careful with its decisions and not leave vague legislation for the High Court to examine."

Rivlin, who served as Knesset speaker during the law's approval, noted: "I warned that the law in its current form may bring about the High Court's intervention. I suggested alternatives, but my position was not accepted."

The Prevention of Infiltration Law was approved in the Knesset for the first time in January 2012, and since, legal debate has surrounded its constitutionality. In actuality, the current law was an amendment to a 1954 legislation, which increased restrictions placed upon refugees arriving in Israel from Eritrea and Sudan. According to the new amendment, the law which was intended to deal with terrorists, now also applies to asylum seekers, and would allow the holding of an infiltrator in a detention facility for up to three years.

The law drew much criticism from legal consultants of the Knesset’s Interior Committee, who claimed that it was unconstitutional. The Knesset’s legal advisor, attorney Eyal Yinon, said, “The possibility of holding infiltrators in detention for a period of three years without trial is extremely irregular.”

Yinon emphasized that following negotiations held with government representatives, it was decided that immigration officials could release infiltrators under special circumstances after three years, but according to Yinon, this clause is not enough, and release after three years needs to be the norm, and not the exception.

MK Dov Khenin (Hadash), who led the parliamentary opposition to the amendment, said "it was time for a true change of perception. Refugees and asylum seekers are not criminals." He also addressed the plight of south Tel Aviv neighborhoods, saying that "as long as they are in the country, they can't be concentrated, devoid of any rights, in the most underprivileged neighborhoods in south Tel Aviv and other towns."

Davit Damuz, 26, an Eritrean asylum seeker who entered Israel three years ago said he was very happy with the High Court ruling, noting that "people who have been living with paralyzing fear of being arrested… could finally calm down."