Terrorist's employer: I didn't know he was illegal

Tzahi Antebi, owner of restaurant whose staff included both Nidal Amar and his victim Tomer Hazan, insists terrorist had stay permit: 'He seemed to disassociate himself from Arabs'

Both Nidal Amar and Tomer Hazan, a Palestinian murderer and his victim, worked together at a Bat Yam restaurant. Tzahi Antebi, owner of Tzahi Bar and Grill claims he did not know that Amar was an illegal alien. "It's important for me to say that I don't employ illegal aliens, Nidal had a stay permit," he told Ynet.

Police and Shin Bet investigators said they will look into this claim.

He further added, "I'm surprised that the Shin Bet knew that his brother was in jail and didn’t warn me. He was one of the nicest people, everyone at work liked him. He appeared not to like Arabs and disassociated himself from them." 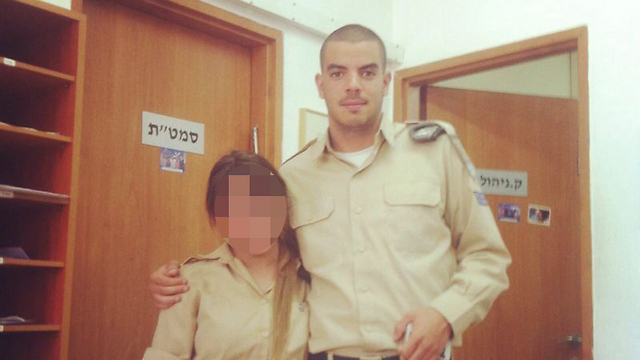 Nidal admitted he persuaded the soldier, who had worked with him in a restaurant in Bat Yam, to travel with him to his home in the village. When the two arrived at the village, Nidal took the soldier to an open field north of the village of Siniria, where he murdered him. He then dumped his body in a well.

He said he murdered the soldier in order to use his body to free his brother, a member of the Tanzim, who has been held in Israel for the past 10 years for involvement in terrorist attacks.

A senior IDF officer said the murder was an isolated event and not part of a larger-scale terror operation. "We had no advance warning, but we are in a constant state of alert for soldier abductions and have thwarted dozens of kidnapping attempts in Judea and Samaria in the past year."

The officer added that Nidal's brother will be questioned. "The suspect did not have a stay or work permit but applied for family reunification following his marriage to a resident of Jaljulia."

Hazan worked as a delivery boy and Amar worked in the kitchen and would take out orders for deliveries. Working in such close proximity, the two forged a friendship "Everybody here at the restaurant are friends," one employee said. "They would talk a lot, also on the phone, and not just about work. I can say that all those who work here were carefully screened by the owner and there were no warning signs."

Bat Yam residents who knew Nidal described his as "nice" and "always smiling."

"No one believed that after knowing each other for more than six months he (Nidal) would be able to murder him (Hazan) in cold blood."

A friend of Hazan who once worked with him at the restaurant said, "His kindness failed him. I knew them both. The Arab guy tried to make friends with everyone. I talked to him about his salary, the place he came from. He apparently lured him somehow, maybe with money."

Yoav Zitun and Itay Blumenthal contributed to this report