Nuclear Iran would pose immediate threat. Researcher: There is hope that this Iranian 'charm offensive' might be genuine

It takes just 18 minutes to fly from Ras Al-Khaimah in the United Arab Emirates (UAE) across the Persian Gulf to the port of Bandar Abbas in Iran. Goods of all kinds, from watermelons to carpets, make the trip by sea between the two countries.

There is hope that new Iranian President Hassan Rohani is serious about limiting Iran’s nuclear program in exchange for an easing of sanctions. But there is also skepticism.

“Nobody wants to see the region called into another widespread conflict,” Christian Koch, the Director Gulf Research Center Foundation, told The Media Line. “There is hope that this Iranian ‘charm offensive’ might be genuine and would lead to a better relationship with the Gulf states. But there is also the view that this might indeed be only a charm offensive and that the Iranians are not sincere about establishing a better relationship with the Gulf states.”

He said that the sanctions have clearly had a devastating effect on the Iranian economy and Iran wants desperately to have the sanctions lifted, adding that there is already a difference between Rohani and his predecessor. “During Ahmadinejad’s time, Iran isolated itself to the point where it threatened domestic stability,” he said. “Iran needs to find a way to get its economy going so that domestic discontent does not rise and threaten more domestic disturbances.” Many in the Gulf welcomed Rohani but said it is too early to tell if there has been a real change in Iran’s position. “We’re seeing a different style for sure, but we’re not sure yet about the content,” Abdulkhaleq Abdulla, a professor of political science at UAE University told The Media Line. “Sometimes the styles give momentum to a new process. Many of us here are happy that Ahmadinajad’s maverick style is over. There is this new face, and this new smile that is coming out, but I’m not sure it’s going to last.” 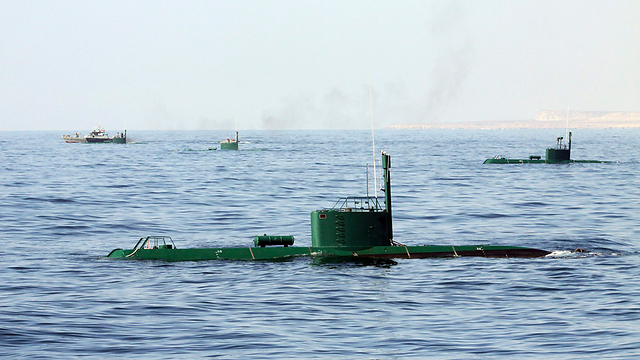 He described Iran as a “difficult neighbor” and said there is continued resentment of Iran’s occupation of three small islands in the Persian Gulf, which he calls the Arab Gulf. Iran, which had previous claims to these islands, reasserted its hegemony after the British pulled out of the area in 1971.

Abdulla said the UAE is even more concerned than Israel over the possibility of Iran developing a nuclear weapons capability. Iran continues to insist its nuclear program is solely for peaceful purposes. “A nuclear Iran is going to add a nuclear component to Gulf security issues,” he said. “We will have to match Iran weapon by weapon, dollar by dollar, bomb by bomb, and we don’t want that happening.” Israeli Prime Minister Binyamin Netanyahu has repeatedly said that a nuclear Iran would pose an existential threat to Israel. After meeting Netanyahu at the White House Monday, US President Barack Obama said that “all issues are on the table,” diplomatic code-speak for a military option. Yet the ice-breaking phone call between Rohani and President Obama seems likely to lead to direct diplomatic negotiations, which are favored by about 75% of the American public. Rohani also reached out to Saudi King Abdullah, sending greetings and saying he hoped for a better relationship. Also watching developments closely is Israel, itself a nuclear power. Israeli and UAE officials have met several times at recent diplomatic events, according to Israeli press reports. While Israel does not have official diplomatic relations with any Arab states except Egypt and Jordan, it has had unofficial economic ties with several states, especially Qatar. While the Jewish state and the Gulf states share a fear of Iran as a nuclear power, there is unlikely to be open cooperation between them. “The huge political liability would surmount any benefits of cooperation,” Abdulla said. Israel is clearly nervous about the Iranian-US rapprochement. While in the States, Netanyahu has planned a media blitz to remind the world that a nuclear Iran is dangerous not just for Israel, but for the entire international community.