Hassan Rohani, who succeeded Mahmoud Ahmadinejad as president of Iran in June 2013, was born on November 12, 1948 in Sorkheh, a town in northern Iran. During his campaign, the Muslim cleric said that if elected he would prepare a "civil rights charter," restore the economy and improve rocky relations with Western nations.

"We need to be honest, have clean hearts ... and should learn from the mistakes from the past in order to save the country," he said following the elections.

Rohani, who is Iran's seventh president and is viewed as politically moderate, began religious studies in 1960, first at Semnan Seminary before moving on to the Qom Seminary in 1961. In addition to his religious studies, Rohani also studied modern courses and was admitted to the University of Tehran in 1969 where he later obtained his bachelor's degree in judicial law in 1972. He also graduated from Glasgow Caledonian University in 1995 with a Master of Philosophy degree, followed by a Ph.D. degree in Law in 1999.

As a young cleric, Rohani began his political career by following Ayatollah Ruhollah Khomeini during the beginning of the Iranian Islamic movement. In 1965, he began traveling throughout Iran, making speeches against the government of the Shah. During those years he was arrested more than 20 times and was banned from making public speeches.

Following the 1979 Islamic Revolution in Iran, Rohani worked to stabilize the new regime, and as a first step he organized the disorderly Iranian army and military bases.

From October 2003 to August 2005, Rohani also took on the responsibility as Iran's top nuclear negotiator with the West. It was during this time that revelations about Iran's nuclear program were addressed by the IAEA and, under leadership from the top echelon of Iran's government, Rohani oversaw a temporary and voluntary suspension of certain parts of the country's nuclear program. Following the election of Ahmadinejad to the presidency in 2005, Rohani resigned from his post on the SNSC. 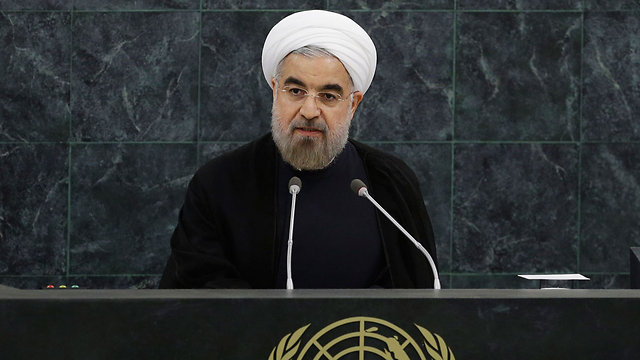 In October 2006, Rohani was among a group of high ranking Iranian government officials listed in an indictment by the Argentine government prosecutor investigating the AMIA Jewish Community Center bombing from 1994. According to the indictment, Rohani was a member of the special committee that approved the AMIA bombing.

The decision to carry out the terror attack was ultimately made by Supreme Leader Khamenei, but Rohani was present for discussions along with then-President Rafsanjani, Foreign Minister Ali Akbar Velayati and Intelligence Minister Ali Fallahijan.

Since his election, Rohani has toned down Iran's anti-Israel rhetoric and has expressed a willingness to reach an agreement with the West on Iran's nuclear program as part of his effort to list the crippling financial sanctions imposed on Iran.

Israeli Prime Minister Benjamin Netanyahu has called Rohani a "wolf in sheep's clothing" and warned that his "charm offensive" was a mere ploy aimed at having the sanctions lifted without halting Iran's nuclear program.

Rohani is married with three children. A fourth child committed suicide in 1992.


פרסום ראשון: 10.03.13, 14:24
commentsend to friendshareshare
See all talkbacks Close all talkbacks
new comment
Next
Previous
Warning:
This will delete your current comment
cancelOk