PM expresses deep sorrow over death of Shas spiritual leader, says 'I grew wiser with each of our meetings'. Chief Rabbi Lau: We have lost one of the great minds of the generations. PA President Abbas sends condolences

Israeli officials and religious leaders expressed deep sorrow over the death of Shas' spiritual leader Rabbi Ovadia Yosef on Monday. "One of the great minds of the generations is gone," said Israeli Chief Rabbi David Lau.

Israeli President Shimon Peres, eulogized Rabbi Yosef, saying, "He truly is a great man. Greatness is difficult to size, but easy to feel.

"Despite his greatness, he was down to earth and direct. Our conversations were informal, honest, filled with wisdom, and we often talked as friends." Peres said Rabbi Ovadia was more than just the rabbi of the country, "He was a rabbi of generations of the Jewish people.

He was honored by those he disagreed with him and certainly by those who followed his teaching. I've never seen a man so touched by others' distress, and he persevered in helping others, although he was always busy studying the Torah." 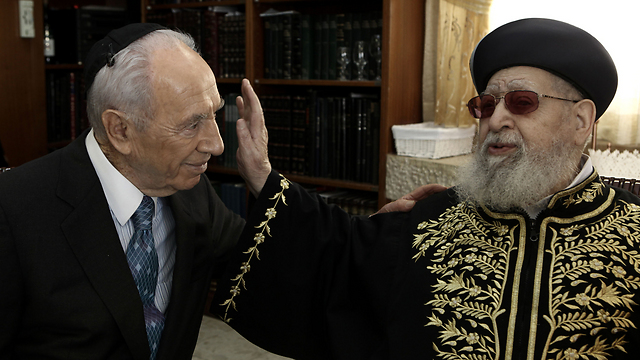 Peres said he last met Rabbi Yosef hours before he died. "I was choked with tears. He was simply a great man. When I said goodbye to him, I felt that I was parting with a historic phenomenon that characterizes the Jewish people."

Peres ended his eulogy in personal words, saying, "My teacher and master, rest in peace and sleep in peace. Your honor will defend us and all of Israel and will bring joy to your family and to all of Israel."

Prime Minister Benjamin Netanyahu said: "Rabbi Ovadia was a Torah giant and a mentor for thousands. He worked extensively to glorify Israeli heritage but also took into consideration historic changes and realities of modern life in his rulings.

"He loved the Torah and the people. I greatly appreciated his warm personality and his direct manners. I grew wiser with each of our meetings. The Jewish people have lost one of the great minds of the generation."

Netanyahu added: "I appreciated his heartfelt and direct way. I always left out meetings (with him) wiser, and I seek to send my condolences and the condolences of the entire Israeli people to his family, to his many pupils, to those who cherished his way. There are many who did, and we will all miss him. May he rest in peace.

"I was just telling the rabbis what a huge loss this is to the nation of Israel. I think about the chain of generations, the Mishna, the geniuses of Babylon and Spain. I mentioned Rabbi Karo. This is the legacy of Rabbi Ovadia. A link in the chain of the love of the Torah, and teaching it in Israel throughout the generations. He determined that the Ethiopian Jews are Jews for any matter and interest, and walked where other people, as grand as they were, hadn't the tenacity to walk. He led by going ahead of the camp and adjusted the legacy to the renewing people of Israel. That is a mighty quality. Mighty. A very great loss to the people of Israel and to the spirit of Israel, which he represents." 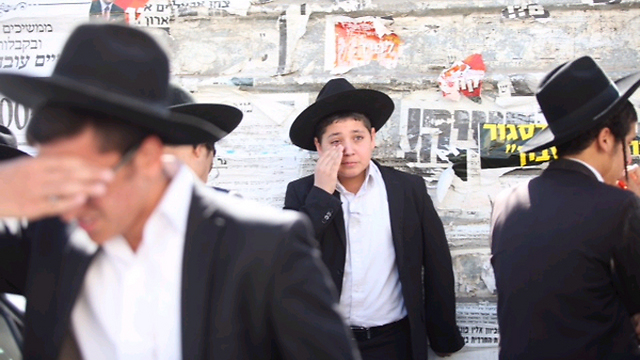 The Arab world also responded to the death of Rabbi Ovadia. Palestinian Authority President Mahmoud Abbas expressed his condolences Monday afternoon, saying, "I've met with the Rabbi's family before, and I'd like to express my condolences, and those of the Palestinian people, about his passing."

Al Jazeera announced the death of the rabbi, defining him as "The influential spiritual leader of the Sephardic Jewish community."

British Ambassador to Israel, Matthew Gould, said he is saddened by the rabbi's death: "I had the honor of meeting him and seeing his unusual spirit. I got to see up close his love of man, and his will for peace. I send my condolences to his family, to Rabbi Yizhak Yosef, and to all of the Shas movement."

Education Minister Shai Piron said: "Along with his hundreds of thousands of disciples, I ache for the death of Rabbi Ovadia Yosef today. He was one in his generation in wisdom, leadership, and ruling. The rabbi left an irremovable signature on Israeli history. His legacy will go on to lead Israel for many years.|

Minister of Strategic Affairs Yuval Steinitz also sent his condolences, saying, "The people of Israel lost a dear man, a great rabbi and a huge man of spirit. I had the privilege to read some of his books and meet him about a dozen times and I was always impressed by his wisdom and concern for all the people of Israel. I send my regards to the Yosef family and to my friends in Shas for the great loss."

Yair Lapid and his Yesh Atid party said in a statement, "The rabbi shaped the Chief Rabbinate and was one of the great halachic arbiters. His passing leaves the Torah world with a huge vacuum." 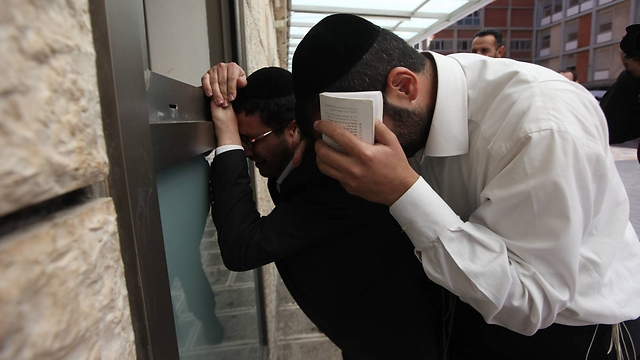 The Habayit Hayehudi Party said, "Rabbi Ovadia Yosef will be missed in every Israeli household. He knew how to connect the people with the Torah. We mourn his loss and send our condolences to his family and his students."

Overwhelmed with grief, MK Eli Yishai (Shas) burst into tears after saying "Blessed be the True Judge. The crown of our head fell."

Shas chairman Arieh Deri was equally as mournful, and had difficulty repressing tears as he cried, "How will we be left alone? Who will lead us? We remain orphans."