Rabin's grandson to Netanyahu: You owe us peace

At annual rally for Rabin, grandson of assassinated prime minister urges Netanyahu to promote peace process. Some 35,000 reportedly in attendance in TA

18 years after Israel's Prime Minister Yitzhak Rabin was murdered, the official memorial rally in his honor was held Saturday in Tel Aviv's Rabin square, named after the late prime minister, who was assassinated at the square in 1995. According to initial estimates, some 35,000 people attended the rally.

Rabin's grandson, Yonatan Ben Artzi, addressed Prime Minister Benjamin Netanyahu in his speech, saying: "My grandfather was murdered over peace, and you owe us peace"

Ben Arzi stressed he would not forget the attacks, both verbal and physical, against his grandfather, "and the incitement against his government… We will remember the abhorrent murderer who has damaged democracy."

Hadassa Froman, widow of the late Rabbi Menachem Froman, praised the unifying quality the rally bears, noting that "Something new is created in the square – the will to work together." 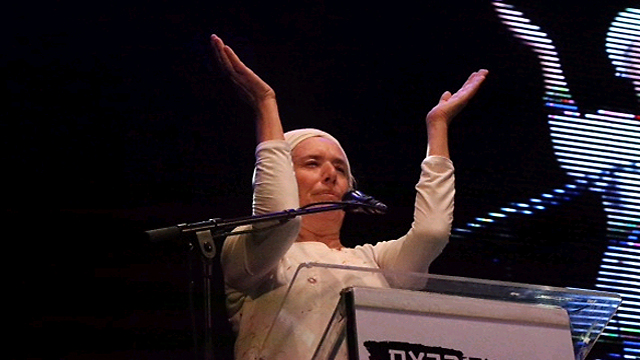 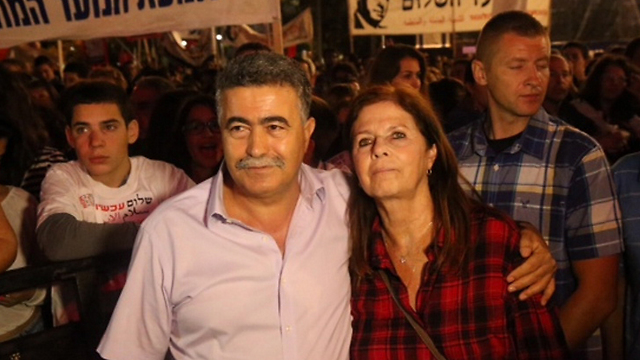 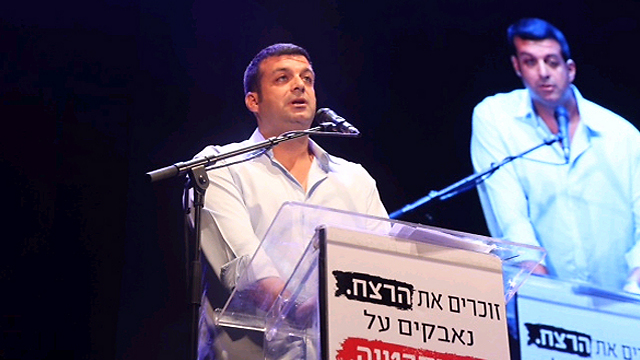 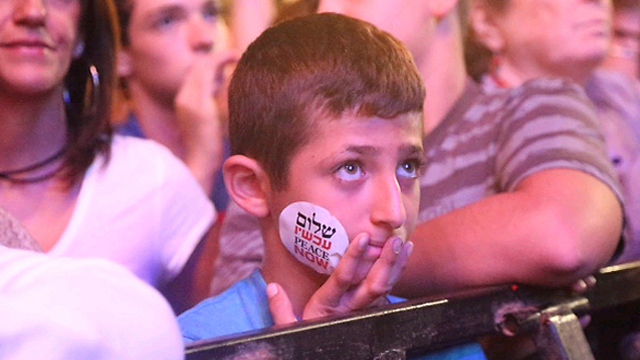 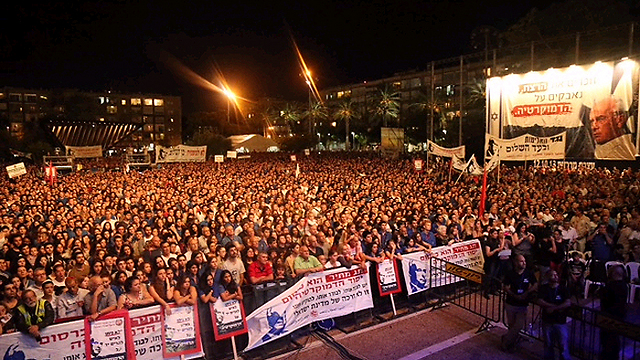 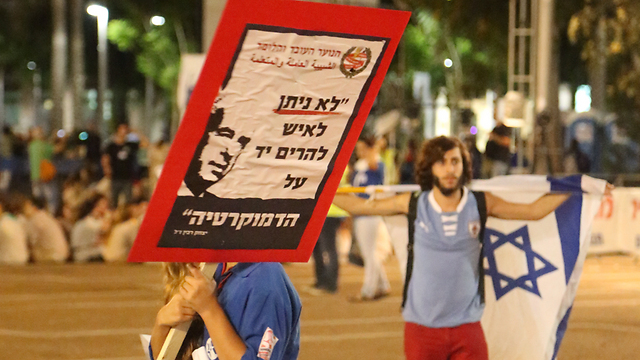 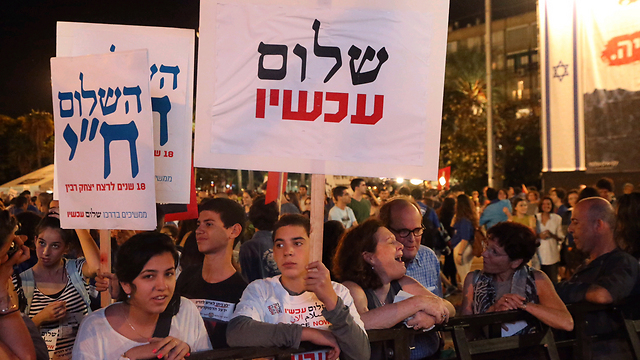 The event was held under the slogan "Remembering the murder, fighting for democracy," organized by many youth, student and social groups.

Those responsible for the production decided to hold the rally closer to the assassination's date according to the Hebrew calendar, marked next week, rather than according to the Gregorian calendar, by which the anniversary of Rabin's death is marked on November 4.

During the rally, several Tel Aviv streets were closed.

Barak Sela, a representative of one of the organizing groups, told Ynet: "This is an open rally to anyone who cares about our country – left and right, religious and secular. Our goal is to create dialogue between groups that are far apart from each other in the daily Israeli routine, but can and want to form a unified front in the face of dangers that are lurking us and our democracy."