The murder of Colonel (res.) Sariya Ofer in the Jordan Valley on Friday was not a terror attack and was likely criminally motivated, defense officials estimate.

Initially, the IDF and Shin Bet believed the murder was a terror attack, based on indications from the scene and the testimony of Ofer's wife who said she and her husband were assaulted by Arabs.

Security forces are now looking into the possibility that the murder was the result of a botched up plot by Palestinians to steal property from the vacation village of Brosh HaBika.

Ofer and his wife Monique were the only ones in the village at the time of the assault. It is possible Sariya was alarmed by the noise made by the burglars and was then violently attacked. 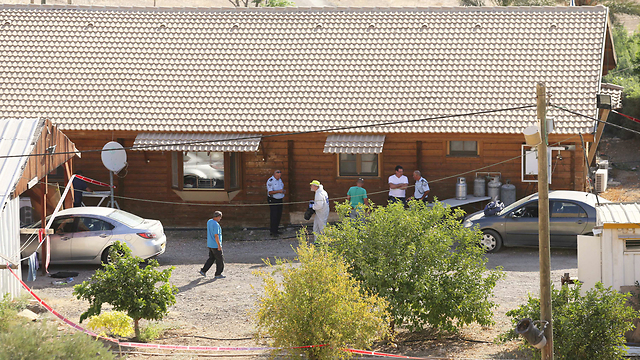 His wife Monique said Saturday from her hospital bed in Afula, "The state must act forcefully to get a message across to these people. Yaya (Sariya) was an incredible man who was beaten down by two villains."

She further added, "The Jordan Valley is one of the safest places in Israel according to statistics. It has the least amount of terror attacks and casualties, certainly in comparison to places like Tel Aviv and Jerusalem. The country must stand up and act more aggressively to prevent such attacks."

The murder occurred on Friday at 1 am. Monique, who managed to escape, said her husband was bludgeoned to death by two Palestinians wielding iron bars and axes when he stepped outside their home, to investigate suspicious noises.

She herself managed to crawl through the garden and had cut herself from a barb wire fence before reaching a road where she stopped cars and called for help.