In 1993 Russia offered New Zealand a pair of fighter jets and a nuclear submarine to settle a $100 million milk debt, a new book reveals.

According to Clive Lind's "Till the Cows Came Home," after the collapse of the Soviet Union, Russia was struggling to pay the money it owed New Zealand for a range of imported dairy products.

In a meeting with Russian officials to thrash out payment terms, Jim Bolger, then New Zealand prime minister, was "absolutely stunned" to be offered the military hardware in lieu of money, the author told Guardian Australia. 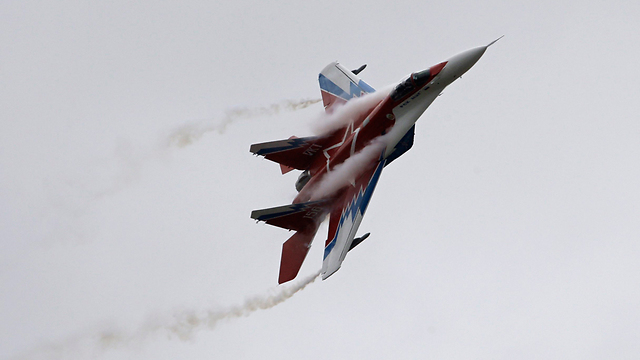 Lind, who interviewed Bolger and former New Zealand Dairy Board chairman Dryden Spring, who was also present at the meeting, said the offer had been presented by Alexander Shokhin, then deputy prime minister of Russia.

"The Russians were trying to come up with lines of credit before Shokhin mentioned there were other funding arrangements," Lind said. "He pointed out that MiG jets were highly desirable and that they also had surplus tanks to offer. Jim Bolger had to explain that he wasn't in the market for second-hand tanks." Perhaps most remarkably, Shokhin then offered a nuclear submarine to wipe out Russia's buttery debt. Noting that New Zealand was a staunchly non-nuclear-powered country, he suggested hooking the vessel up to the national grid and using it as a power plant for a coastal city. "Bolger recalled the reaction he would have got if he returned to a nuclear-free New Zealand and told people that he hadn't got any money for them but had secured a nuclear submarine instead," Lind told Guardian Australia. "It simply wasn't going to fly." After declining the offer of the military equipment, New Zealand managed to secure a number of periodic payments from Russia, totaling about $30 million – less than a third of the total debt.