Israel's tense relations with the European Union have seen another downturn after the Socialists and Democrats Group (S&D) in the European Parliament held a panel discussion on Thursday on Israel's resettlement plan for the Negev's Bedouin population under a banister describing Israel's actions as "ethnic cleansing."

Israel's ambassador to the European Union, David Walzer, sent a sharp letter to the parliament's president, Martin Schultz, and to the S&D's president, Hans Swoboda, and urged them to condemn the event organized by Belgian Parliament Member Véronique De Keyser.

"Both Europeans and Israelis are aware of the negative outcomes which could result from irresponsible use of these terms," he wrote. 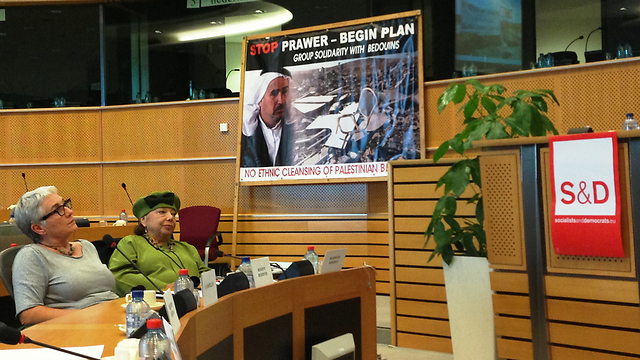 The poster at the panel 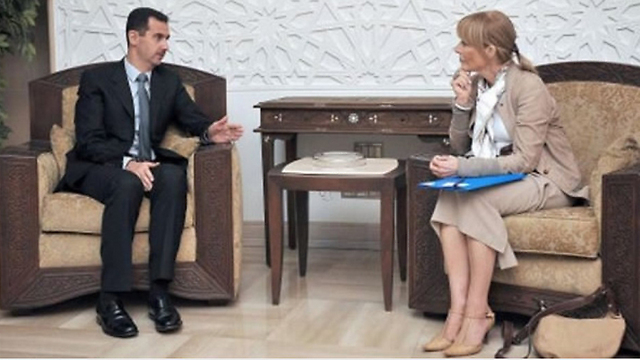 Before the event, Israel's representatives in the European Parliament asked the organizers to include in the panel Doron Almog, head of the Directorate for Economic and Community Development of the Negev Bedouin in the Prime Minister’s Office, to present Israel's stance, but were turned down.

David Saranga, head of Israel’s European Parliament Liaison Department Mission to the European Union in Brussels, criticized the S&D and said their refusal to include a formal Israeli spokesperson proves their intent was only to bash Israel.

In response, the Israeli mission held an alternative panel with Almog and Kamal abu-Nadi from the al-Gadirath tribe in the Negev.

De Keyser, known for her criticism of Israel, was herself the object of public scrutiny after meeting with Syria's President Bashar Assad last month.