Al-Arabiya reported Saturday that senior Hezbollah operative Ali Shabib was killed in rebel fights in a Damascus suburb. According to reports, he we was injured days ago and died of his wounds on Saturday.

Opposition reported 17 people killed in Damascus, Homs and Aleppo on Saturday, and that the Syrian army is bombing targets near towns on the Lebanon border and is engaged in intense fighting with the rebels.

One of the fighting's most intense region is a strategic road connecting Damascus to the coast, which is reportedly being used to transfer chemical weapons out of the country. Rebels spokesman said that rebel forces are deployed along the border. 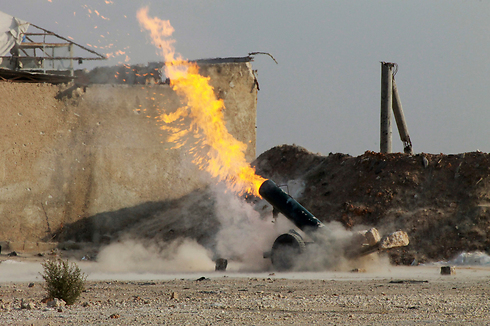 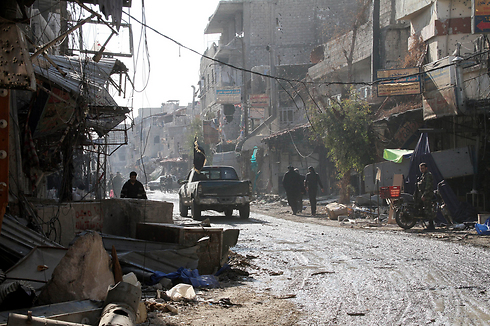 Diplomatic sources said that Syrian authorities made the road a means to transfer chemical weapons away from inspectors' eyes. According to assessments, the battles in the border will bring forth a large wave of refugees and invoke rage in the neighboring Lebanon, dragging it, and its Hezbollah members, into the battles. Human rights activists have said that battles in the borders are indication that a big operation is taking place.

The Organisation for the Prohibition of Chemical Weapons (OPCW) on Friday night adopted a step-by-step plan to get rid of 1,300 tons of Syria's sarin, mustard gas and other agents.

The Damascus spokeswoman for the joint OPCW-UN chemical weapons team, Sausan Ghosheh, said the mission would not disclose what route it would use to extract the chemicals but said "the Syrian authorities have developed a security plan for the transportation of these materials".

News agencies contributed to this article