French President Francois Hollande landed on Sunday at Israel's Ben Gurion airport for a three-day visit likely to be dominated by the Iranian nuclear issue, an AFP correspondent said.

In a joint press conference with Prime Minister Benjamin Netanyahu, Hollande assured Israel on Sunday that France would continue to oppose an easing of economic sanctions against Iran until it was convinced Tehran had given up any pursuit of nuclear weapons.

"A good deal is a deal that strips Iran of capabilities for preparing fissile material for a nuclear bomb," Netanyahu said at the conference. 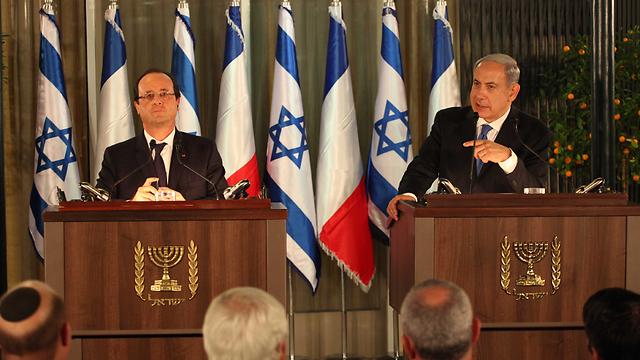 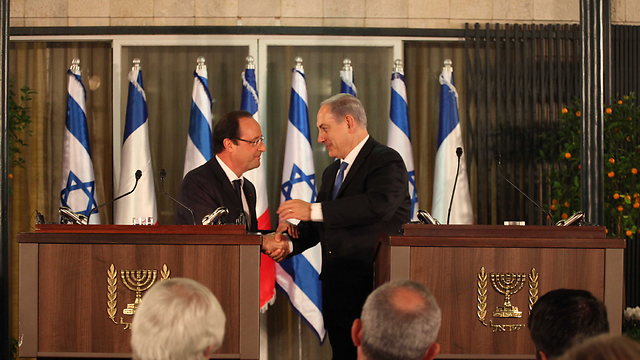 "These capabilities are the centrifuges, which are being used for this purpose, not for the purpose of peaceful nuclear energy, and the dismantling of the plutonium reactors, heavy water, which are also being used exclusively for preparing a nuclear bomb," Netanyahu said.

"These are the points that are essential to us to underpin a deal," Hollande said.

Netanyahu has rejected Obama's contention that any loosening of sanctions in an interim agreement could be reversed if Iran failed to abide by its terms.

"In practice, that may be the president's desire and intention ... but I already see the countries and the investors and the companies scrambling to get to Iran," Netanyahu told CNN, saying an easing of sanctions now would bring lasting new investment and trade to Iran.

"Increase the sanctions," he urged. "In fact, if you do a bad deal, you may get to the point where your only option is a military option."

President Shimon Peres said upon Hollande's arrival at Ben Gurion International Airport earlier Sunday that Israel "is full of appreciation for your steadfast stance on preventing Iran from developing weapons of mass destruction."

On the issue of Syria, Peres said, "Your strong stance, without stumbling, against the use of chemical weapons by the Assad regime, earns worldwide respect." The president added, "I know we can continue to count on your support in achieving peace and also fighting terrorism." 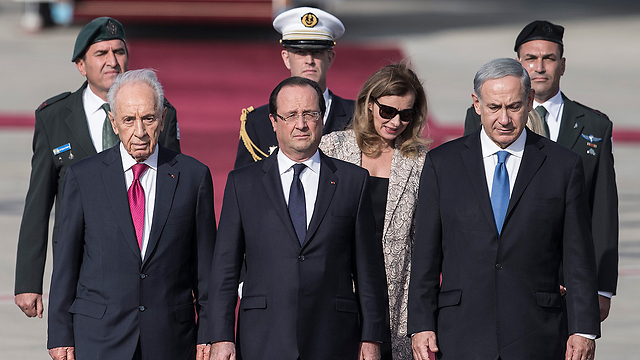 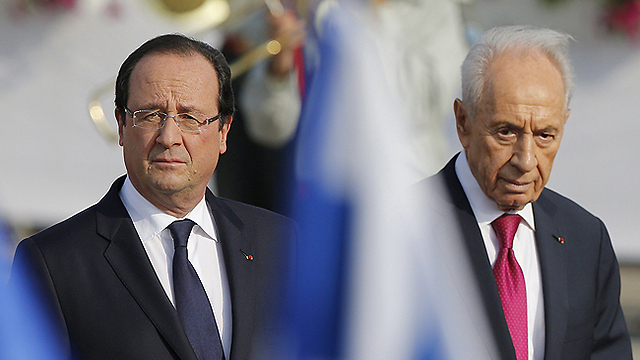 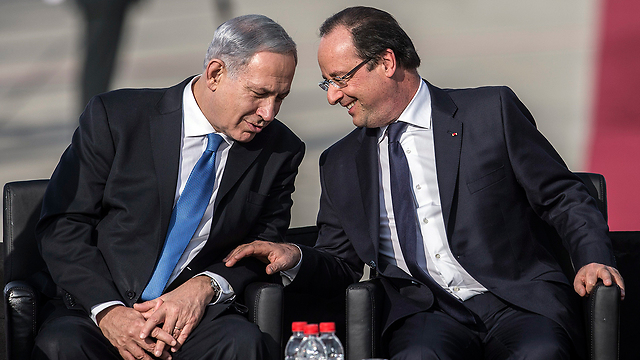 Netanyahu said that "France, like Israel, aspires to a stable Middle East, in which people live together in peace and security.

Taking the podium himself, Hollande said "I came to emphasize France's unwavering support for Israel." 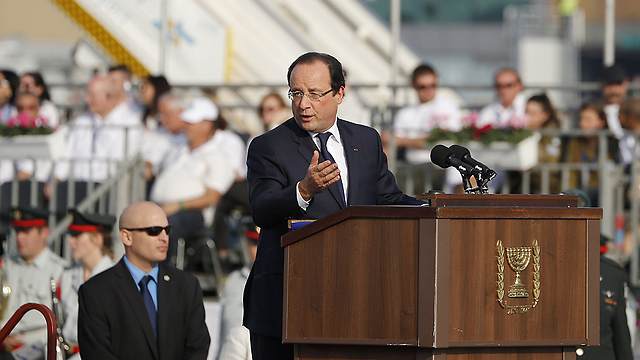 On the issue of the Iranian nuclear program Hollande said, "France considers it to be a threat to Israel, and it is clearly (a threat) to the region and the world. France will not give up or compromise on nuclear proliferation, and as long as we are not completely sure that Iran has given up nuclear weapons, we will continue to maintain our position."

Earlier Sunday, Hollande visited Yad Vashem Holocaust memorial. "The Holocaust is a tremendous tragedy that wounded the Jewish people and it bonds us forever," he commented at the site.

The French leader will also address Israel's parliament, the Knesset, on Monday.

On Tuesday he will visit the graves of four victims of al-Qaeda-linked gunman Mohamed Merah, who went on a shooting spree in and around the southern French city of Toulouse in March 2012, killing seven people.

During his visit, Hollande will also lay a wreath at the grave of Theodor Herzl, the founder of modern political Zionism, visit the resting place of slain prime minister Yitzhak Rabin and the Yad Vashem Holocaust memorial museum.

It is Hollande's first state visit to Israel since taking over the French presidency in May 2012.