After US president briefs top senators on Iran talks, lawmakers issue letter requesting harsher hand on Iran ahead of third round of talks in Geneva

Senior US lawmakers urged the Obama administration on Tuesday to take a tougher line in negotiations with Iran over its nuclear ambitions, saying Tehran should roll back its nuclear program before economic sanctions are eased.

Democratic Senators Charles Schumer, Robert Menendez and Bob Casey, as well as Republicans John McCain, Lindsey Graham and Susan Collins signed the letter to Secretary of State John Kerry, released a day before a third round of talks in Geneva between Iran and six world powers. 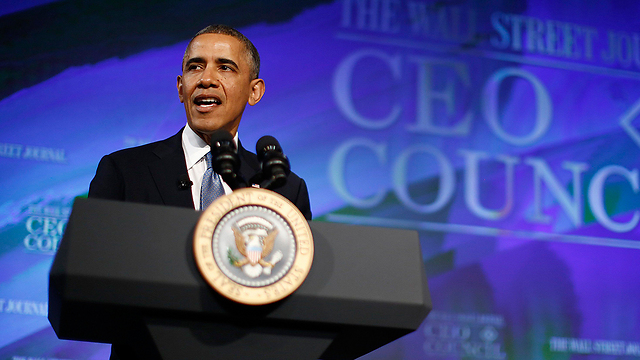 Obama attempts to sway Senators (Photo: Reuters)
In the meeting, Obama warned the lawmakers that absent a diplomatic deal to halt or roll back its nuclear program, Tehran would progress in building a nuclear weapon, White House spokesman Jay Carney told reporters. Susan Rice, Obama's national security adviser, attempted to play down the economic impact of a limited lifting of economic sanctions under the deal. She told CNN the amount of Iranian assets unfrozen would be less than $10 billion. 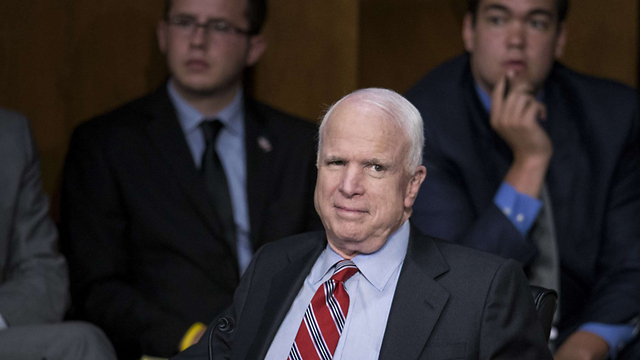 Obama administration officials have held a series of meetings lately in which they have pressed lawmakers to give diplomacy more time before they act on additional sanctions. Diplomats are due in Geneva on Wednesday for a third session of talks with Iran that is given a good chance of reaching an interim agreement.

The senators expressed support for the negotiations, but urged against accepting any deal that would roll back economic sanctions without also rolling back Iran's progress toward a nuclear weapons capability. "We feel strongly that any easing of sanctions along the lines that the P5+1 is reportedly considering should require Iran to roll back its nuclear program more significantly than now envisioned," the six senators said in the letter. Separately, another six senators, all Republicans and including Mitch McConnell, the party's leader in the Senate, said they had introduced a new round of sanctions on Iran as an amendment to a defense bill being considered in the Senate. It was not immediately clear how far the amendment, which had been threatened by hard-liners on Iran for weeks, would get in the Democratic-controlled Senate. The leaders of the House Foreign Affairs Committee also released a letter on Tuesday expressing concern about the reported potential agreement with Iran. Republican Ed Royce, the chairman, and Eliot Engel, the top Democrat, wrote to Obama that they were worried by press reports saying the agreement may not do enough to prevent Iran from continuing to make progress on nuclear weapons.

Members of Congress are generally more hawkish on Iran than the administration, and influential pro-Israel lobbyists have been pushing lawmakers hard to keep to a tough line on the talks.

Although Congress cannot stop the negotiations, the administration wants lawmakers' support and is concerned that new sanctions may anger hardliners in Iran and alienate some of the other countries – Russia, China, Britain, France and Germany – involved in the talks. Even some of Obama's closest allies have balked at any talk of easing up on a sanctions regime credited with bringing Iran back to the negotiating table by hobbling its oil-based economy. Schumer is the number three Democrat in Congress and Menendez is chairman of the Senate Foreign Relations Committee. But several members of Congress have come out in favor of delaying any further sanctions on Iran. Democratic Senator Dianne Feinstein said she agreed with the administration that passing tougher sanctions now would break up the "P5+1" alliance which is trying to reach a peaceful settlement with Tehran. "I think it would not only split it apart, but do it in a way that would make it very difficult to come back together. Now, if you want a war, that's the thing to do," Feinstein, chairwoman of the Senate Intelligence Committee, told reporters after the White House meeting.

Iran has denied that it wants to develop atomic weapons capability, saying its nuclear program is limited to the peaceful generation of electricity and other civilian uses.