Representatives of Iran and the six world powers – the United States, Russia, Britain, France, China and Germany – met Wednesday again in Geneva for the third round of talks in a month and a half. They are expected for the first time in years to come to an agreement on a temporary halt of Iran's nuclear program.

Iranian citizens, however, seem to wonder about the true interests of their leaders.

"Iran's foreign policy does not depend on the national interests of the state, or the interests of its citizens," said Raza, a student of International Relations in a university in the city of Karaj, located about 50 kilometers from Tehran.

According to Raza, the Islamic republic "relies entirely on the distorted ideology of its leaders, and I do not believe that Iran will take any steps back from some of the issues that are on the negotiating table with the west."

The Iranian student asserted that "Netanyahu was right when he said that the leaders of Iran do not consider the citizens of the country and that they must continue the pressure on the leaders. If sanctions are removed, then the extremists in Iran will be more extreme."

However, even as Raza wants continued sanctions against the regime, he knows that those who suffer most from the sanctions are the citizens. "Personally, I hope that the sanctions give us a little bit more breathing room," he said.

Mehrdad, 22, lives in Tehran and describes himself as an atheist. He said he took part in the largest protests of 2009, following the disputed election of President Mahmoud Ahmadinejad for a second term.

The young Iranian does not have much hope for things to get better in his country – even under the regime of relatively moderate President Hassan Rohani. "I do not think there will be much hope as long as prices remain high and do not go down … Rates of unemployment and inflation are also high and they make it difficult for us," said Mehrdad. "Everyone here knows that everything will work out as soon as we renew ties with the United States.”

S., who asked to remain anonymous for fear of his safety, said he was not optimistic about nuclear talks in Geneva and was preparing for sanctions much more destructive than those already imposed. “Signing the agreement is a good thing, of course, but given the current conditions, the chances of failure is greater," he said, adding that "economic situation in Iran has not been good for a long time and is only getting worse.”

Earlier Wednesday, the supreme leader of Iran, Ali Khamenei, noted that the world powers would have to be content with an interim agreement in Geneva, and not miss the opportunity. Khamenei gave a fiery speech in Tehran, threatening Israel and saying that his country would not retreat "even a little" in regard to its nuclear rights, and that it “would land a slap... on the face of any enemy who attacks.” 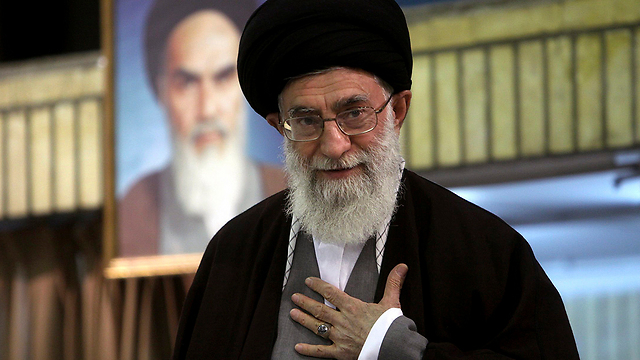 Speaking in Tehran before members of Basij, the brutal militia of the Revolutionary Guards, Khamenei called Israel "a mad dog" which keeps throwing accusations at Iran, claiming it is a threat to the world.

He said that Israel only does evil, and that it is an illegal entity that will fade away because it "was imposed by force.” He then commented on Americans saying, "Instead of military threats, go fix your economy.” He argued that the sanctions are not effective, therefore the Americans began making threats to attack. He also addressed France's position on the talks, insisting that Paris had “surrendered to the United States" and "was on its knees to the Israeli regime.”

When S. was asked how can the supreme leader shoot off threats, and at the same time send a representative, Foreign Minister Mohammad Javad Zarif, to nuclear talks, S. replied, "That's what happens when the state does not have one owner; everyone does as he pleases.”

In opposition to the official line out of Tehran, S. said he did not even think that his country needed to enrich uranium.

Meanwhile, he said, he suffers like most Iranians from the difficult economic situation, but tries to remain an optimist. "Of course I have hope. The situation will not remain this way, I assure you. Patience is all you need. Time was always in favor of people who wanted freedom.” 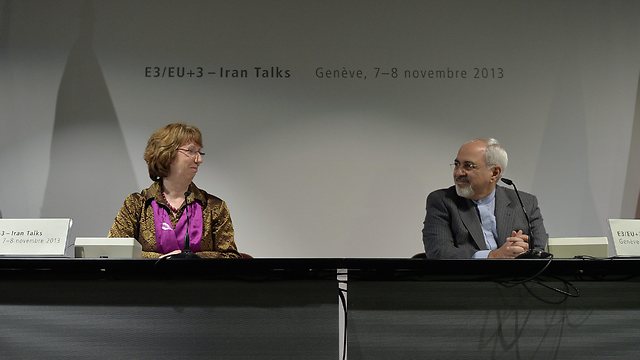 Meanwhile in Geneva, a diplomat said that the meeting between Iran and the world powers on the issue of the nuclear program began and ended after a few minutes. Iran asked for the meeting to cover matters of negotiations, prior to signing the agreement, claiming that the “Trust between the sides had been lost.”

At the same time, a senior source in US President Barack Obama's administration said that most sanctions against Iran would remain intact even after the signing of the first agreement. He said he did not expect things to go rapidly with Iran after relaxing the sanctions and following the initial agreement, and added that the relief offered to Iran by the West was quite small.

The official added that he thought it would be very difficult to reach a nuclear agreement this week in Geneva, but that he believed that in the long run they could reach an agreement, though it would be difficult.