Canada vows to keep its Iran sanctions after deal

Canadian FM skeptical of Geneva agreement with Iran, decided to keep 'tough' sanctions in place, because 'Iran has not earned the right to have the benefit of the doubt,' FM Baird said

Canada vowed Sunday to keep its sanctions regime against Iran after a preliminary deal on the Islamic republic's nuclear program, calling for a more conclusive accord.

Iran agreed to curb its nuclear program for the next six months in exchange for limited sanctions relief, in a preliminary accord meant to lay the foundations for a comprehensive agreement, but Canada's foreign minister says he's "deeply skeptical."

But Canadian Foreign Minister John Baird insisted that Ottawa would keep its "tough" sanctions "in full force" until negotiators clinch a permanent agreement, because "Iran has not earned the right to have the benefit of the doubt." 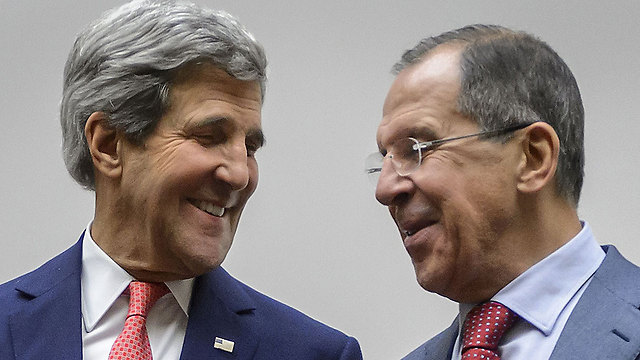 "Effective sanctions have brought the regime to present a more moderate front and open the door to negotiations," he said in a statement.

"Today's deal cannot be abused or undermined by deception. The Iranian people deserve the freedom and prosperity that they have been denied for too long by the regime's nuclear ambitions."

Under the deal, Tehran will limit uranium enrichment – the area that raises most suspicions over Iran's alleged nuclear weapons drive – to low levels that can only be used for civilian energy purposes. UN atomic inspectors will also have additional access, including site inspections.

In exchange, the Islamic republic will receive some $7 billion in sanctions relief and the powers promised to impose no new embargo measures for six months if Tehran sticks to the accord.

But the raft of international sanctions that have badly hobbled the Iranian economy remain untouched. 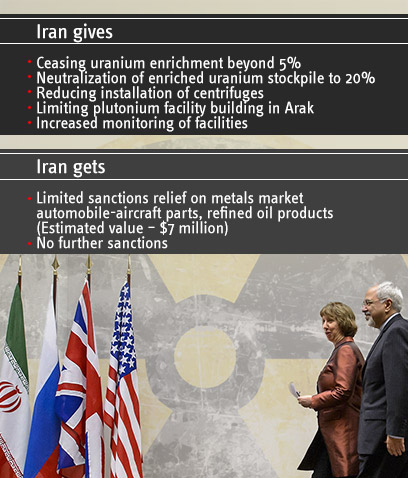 "A nuclear Iran is not just a threat to Canada and its allies, but it would also seriously damage the integrity of decades of work on nuclear non-proliferation. It would provoke other neighboring states to develop their own nuclear deterrent in an already volatile region," Baird said.

"We will evaluate today's deal not just on the merits of its words, but more importantly on its verifiable implementation and unfettered access of all Iranian nuclear facilities."

In July 2012 Canada suspended diplomatic relations with Iran and expelled Iranian diplomats from the country.

"Canada’s position on the regime in Iran is well known. Canada views the Government of Iran as the most significant threat to global peace and security in the world today."

Baird's statement cited Iran's failure to comply with UN resolutions on its nuclear program and its threats against Israel as the reason for the move, as well as Tehran's support of Syrian President Bashar Assad's brutal crackdown in the pro-democratic movement in his country.