Most expensive laundromat was chosen since 'family members were not pleased with other options'; flower arrangements amount to NIS 20,000, water bills reach NIS 80,000

Following a petition filed by the Movement for Freedom of Information to receive information on Prime Minister Benjamin Netanyahu's residence budget, an expenses report was released Sunday, revealing operative costs in 2012 – complementing a similar report released six months ago.

According to the report, the official residence's total expenditure for 2012 stood at NIS 2.97 million ($840,000). The report further reads that in 2008, during former Prime Minister Ehud Olmert's tenure, the official residence expenses amounted to NIS 1.62 million ($460,000). In addition, details regarding the expenses of the other homes belonging to the Israeli prime minister were provided: Total expenditure for Netanyahu's home in Caesarea amounted to NIS 312,000 ($89,000), and the private home in Jerusalem's Gaza Street saw NIS 4,561 ($1,300) in cash spending. The official residence saw NIS 6,000 ($1700) in spending on scented candles. The Caesarea home annual phone bill amounted to approximately NIS 30,000 ($8,500), and the water bill reached NIS 80,000 ($23,000) – probably mostly spent on the home-adjacent swimming pool. Stationary bicycles for the Prime Minister Residence cost NIS 3,000 ($852), a pedometer was bought for NIS 250 ($71) and NIS 9,500 ($2,700) were spent on mezuzahs. One of the report's addendums shows a contractual agreement with a laundromat, which states why Ezra Seidoff, a PMO official, chose the most expensive offer: "It may be the most expensive option of the three bids, however Mr. Seidoff reports that the family members attempted to work with other laundromats, yet they were not pleased with the service and some garments were damaged." In this case, the NIS 10,000 ($2,800) contract was granted.

The Prime Minister Office's response to the reports opened with a quote from an interview Arik Einstein gave to Yedioth Ahronoth from 1997: "Prime Minister Benjamin Netanyahu is treated unfairly. He is really being abused and I am shocked from the levels of scorn and contempt exhibited towards him. How long can we such his blood?"

In a statement release alongside the report it was claimed that "in February 2012, a new SAP system to monitor financial procedures was implemented within the PMO and sweeping changes were carried out in work processes in this area, including wide-spread debt payments. Thus, 2012 is an exception in regards to cash payment and includes an expenditure of NIS 430,000 ($122,000) that causes an accounting distortion since this sum does not belong to the 2012 activity." 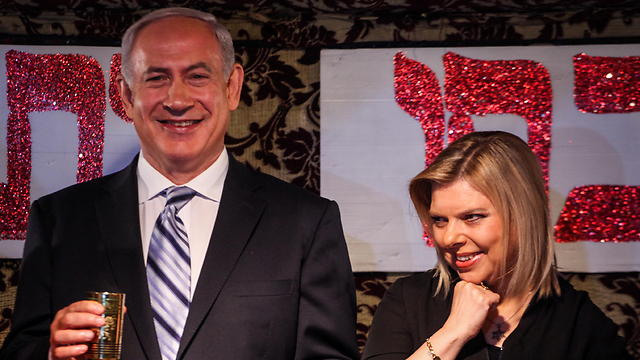 The statement further reads that "The official residence of the prime minister serves, among other things, as an additional working space in which many activities are held, including meetings and the hosting of various Israeli and foreign officials.

"Within the framework of the accounting system, we cannot perform a full separation of expenses between the residence's function as the prime minister and his family's private home and the special expenses for the residence as an official establishment. The expenses for the private home in Caesarea include, among other things, elements required for security that cannot be separated (from the total costs)." Movement for Freedom of Information Director Attorney Alona Winograd said: "The information regarding the Prime Minister's Residence expenses does not reach the level of detail we expected. We hope that following this move, additional data will be provided proactively.

"The Movement for Freedom of Information hopes that this information reaches public discourse and raises awareness for transparent conduct by public officials. This conduct includes detailing expenses, funded by the public, as well as publishing the schedules of those elected when they are on duty both in Israel and abroad."