As public transportation began operating in Jerusalem and along Route 1 again – effectively re-connecting the capital to the rest of Israel – thousands were still snowed-in, with some still disconnected from power. In a special press conference held in Jerusalem, Prime Minister Benjamin Netanyahu said: "I believe, because of inter-agency cooperation… thousands of lives have been saved."

"What have we done? We prioritized saving lives – of the elderly, of the needy," the prime minister said in a joint press conference with Jerusalem Mayor Nir Barkat and Police Commissioner Yohanan Danino. 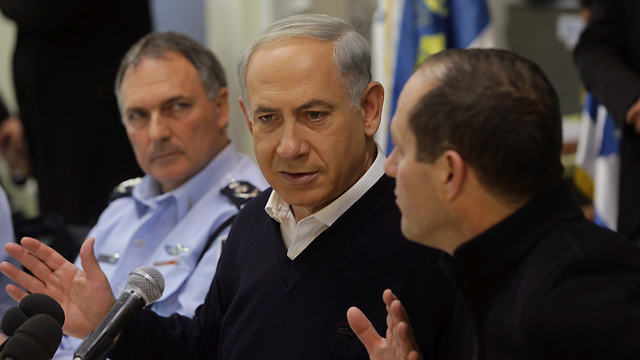 Netanyahu at the press conference (Photo :Ohad Zwigenberg)
"There is no home that cannot be reached – we will reach them, and we have already reached them. The closure of the roadways – a decision of the police commissioner – helped save many lives on the road. "I talked this weekend with all the relevant ministers, heads of authorities, the police commissioner, and the director of the Israel Electric Corporation. We wereas  prepared as a country should be for an event like this," Netanyahu said Police Commissioner Yohanan Danino echoed the prime minister, but spoke with a stronger tone, saying: "I didn't miss the criticism being heard in recent days. All public servants in all the relevant bodies are serving the public willfully, and have saved thousands of lives."

Danino continued: "I say – let's stop complaining and let's all hasten to return the Israeli people to their proper daily routine… We are in the midst of a very difficult mission and I want to tell as the as someone who knows the facts: The people of Israel have been blessed with public servants, which have proven they can pass this national test, they have proven once again that the people of Israel have someone to trust." 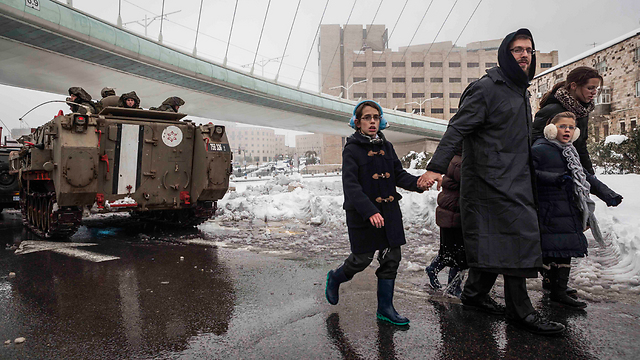 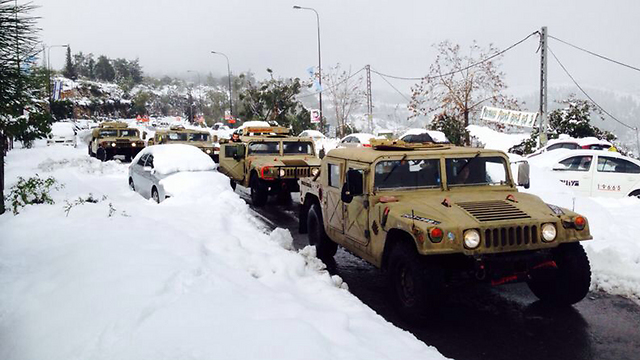 President Shimon Peres said that he supports the security forces and Israel Electric Corporation workers and is concerned for those still disconnected from electricity and other infrastructure. He added: "I'm not suggesting covering up the criticism if it exists, but I am proud of the authorities' work until now." 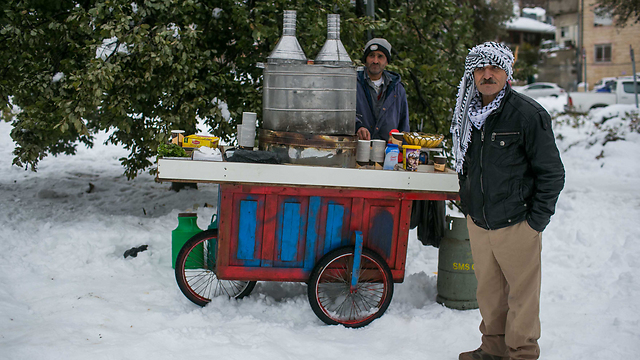 Route 1 has partially been opened, but only for public transportation and traffic leaving the capital en route for Tel Aviv, as has Route 9.

Nonetheless, Transportation Minister Yisrael Katz (Likud) said that "the roads are very dangerous, even when it seems when that the weather is getting better. Low temperatures together with rain result in invisible ice on the road. This is truly life threatening. I recommend using the training."

A special free shuttle has been set up in the Jerusalem International Convention Center. 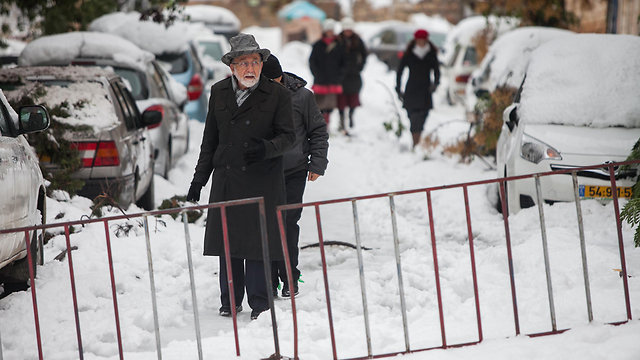 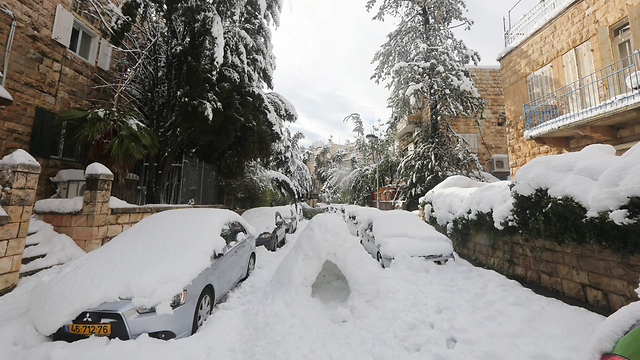 The Education Ministry has updated its school closure list for Sunday to include Jerusalem, Arad, and the Eshkol Regional Council.

In the north of the country, school districts will be closed in Safed, the Golan Heights, Peki'in, Beit Jann, and the Upper Galilee Regional Council. 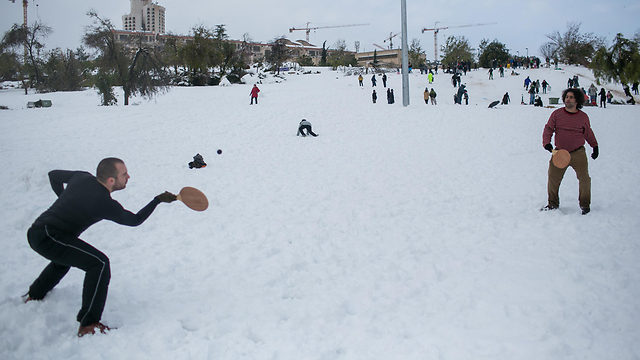 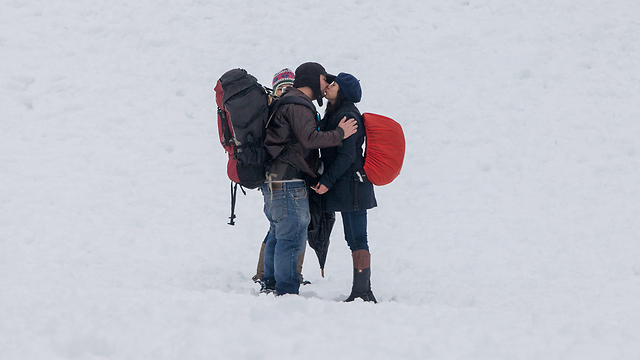 Nissim Shemesh, 86, and his wife, Miriam, 80, have been without power for almost 40 hours in their home in Anielewicz St. in Jerusalem's Kiryat Yovel neighborhood. The entrance to their house has been blocked by a tree that fell because of massive winds.

The only way they can leave their house is by crawling on the frozen ground with their hands and knees – something that as octogenarians, they simply cannot do. 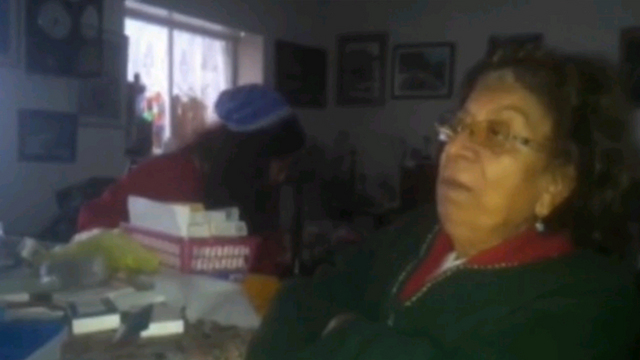 "Since Thursday night we have no electricity," Miriam said, "we need to prepare my medication because I am ill, but we ca'nt because we have no light, no heating, nothing. During the time of coal we had it better than now, believe me, when was the last time you heard of three days without power?"

The Shushan family also spoke of the hardships they have been forced to endure because of the weather. "We have no way to warm ourselves, no way to cook, no way to charge our phones. We are completely cut off from the world."

Some Jerusalemites managed to flee the city using the train – which was until the only way out of the capital until 7:30 pm on Saturday. 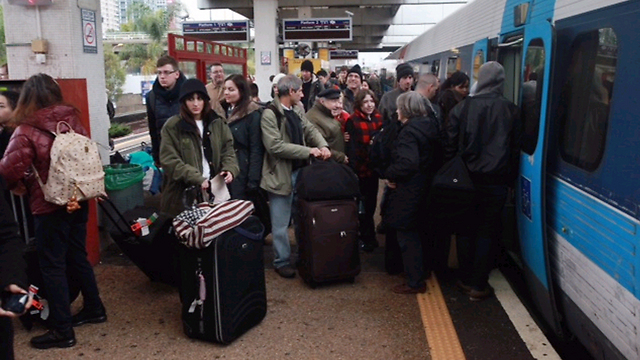 Train passangers leaving Jerusalem (Photo: Motti Kimchi)
Hannah arrived at Tel Aviv with her granddaughters. According to her the Jerusalem Municipality was ill-prepared for the storm: "I tried to get updates from the municipality's website, but it was impossible to understand what, when or where you could drive, or when the power would come back. Everything I knew was through the media." As of Saturday evening, some 28,000 households were cut off from power. According to the Israel Electric Corporation, some 9,000 Jerusalem homes were without power, and an additional 1,000 in Safed. The chairman of the Union of Local Authorities and mayor of Ma'alot-Tarshiha Shlomo Bohbot, said that repairing the storm's damaged will cost authorities NIS 300 million ($85 million). Bohbot and Finance Minister Yair Lapid determined that the State will cover all expenditures caused by the storm.

Bohbot added: "These days exposed the State's lack of preparation. It is the obligation of the State to establish one central system to deal with the damages caused by this storm and prepare for the next one."

The police have published a list of roads currently closed because of the storm: