Iran FM: We will not give up the reactor in Arak

Mohammad Zarif tells Washington Post columnist that despite the continued talks Tehran will not bend easily on nuclear topic. ‘We’re not going to accept diktats. We are going to negotiate on all issues’

Zarif told columnist David Ignatius that Iran will continue to enrich uranium, and it is not planning on giving up the heavy water reactor in Arak.

“We do not see any reason now that we have put so much time and effort in it and brought them to the point of abandoning the illusion of zero enrichment in Iran,” he said. 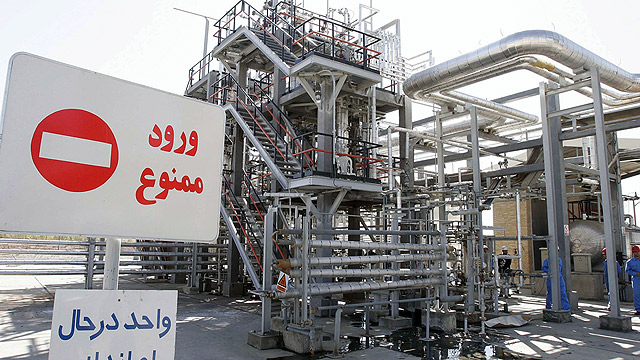 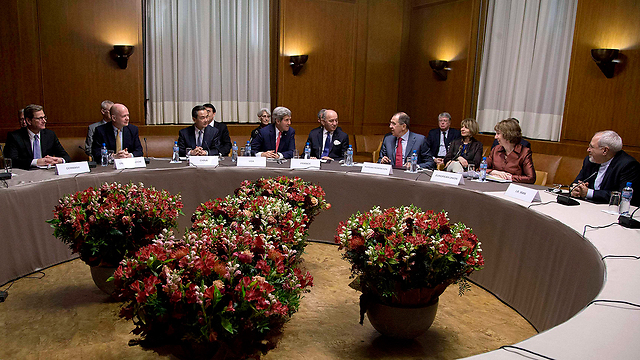 Zarif maintained the Arak reactor will remain in place.

“We cannot roll back the clock 20 years and ask Iran to simply get rid of a project that has been the subject of a great deal of human and material investment,” he said.

Zarif also cynically responded to the US’s request to close the Fordow reactor.

“If you sit in Iran, and you see people having concerns about Fordow, the only conclusion you can draw is that they want to attack you. Because what is the significance of Fordow? Fordow is a facility that is under daily inspection by (International Atomic Energy Agency).”

'Negotiating on all issues'

His hard stance, it seems, was meant for US President Barack Obama, after the White House announced Thursday that 12 Iranian individuals and companies were added to the US’s blacklist.

Iran said it had stopped the agreement process with the world powers, but immediately took back the statement. Zarif said the nuclear talks would continue despite the American’s actions, which he called damaging in a radical fashion.

Iran has been rife with disagreement in the wake of the agreement. Zarif admitted that there is an internal struggle between President Hassan Rohani and the conservatives who are against the deal achieved in Geneva.

Last week, the commander of the Army of the Guardians of the Islamic Revolution of Iran, Mohammad Ali Jafari, criticized Zarif and demanded that he step down. Zarif said that the policies crafted by Rohani and him are not only related to the nuclear issue but also to the civil war in Syria.

As Iran’s Guardians are sinking deeper and deeper into the Syrian mud, the Iranian foreign minister said Iran believes that there is no military solution to the problem in Syria, and that he even wished that Iran would be present in the Geneva conference on January 22 to help deal with the protracted Syrian conflict.

Israelis in Washington on nuclear deal

As Zarif was trying to put out the flames, a high-ranking Israeli delegation was attending talks in the White House in an attempt to explain Israel’s opposition to the nature and direction of negotiations over Iran's nuclear future.

The Americans presented their plan for negotiations with Iran to the Israeli delegation; the US intends to maintain its sanctions on the energy and banking sector in Iran.

Saudi Arabia, who is also considered a key player in the Iran issue, is continuing to let the other players know how worried it is about Obama’s methods, doing so bluntly and assertively.

In an international conference in Monaco, a Saudi prince, Turki Al Faisal, blamed Obama and said that his red lines on the Iran issue, the Israeli-Palestinian conflict and the Syrian civil war had turned into pink lines.

The prince, who was the Saudi head of intelligence and the ambassador to Washington in the past decade, doesn’t have an official position currently, but that didn’t stop him from expressing his rage regarding Washington’s management of the Middle East.