Analysis: Abbas must realize that 'popular uprising' he initiated may jeopardize peace talks, as well as PA's survival

"The Palestinians don't want an intifada," a senior security official in Israel said Sunday, but they may get one. Sunday's bombing on a bus in Bat Yam should serve as a stark warning to the defense establishment and Israel's citizens. Indeed, this is likely not the opening shot of an organized third intifada, like the second intifada was, but it's a clear sign of a threatening process which is gaining momentum above – and mainly below – the surface on the Palestinian street.
Bus Bombing
Without prior warning, West Bank terror spills into Israel
Ron Ben-Yishai
Analysis: Rising tensions, frequent incitement in West Bank, motivated by Hamas' growing involvement, is possible explanation of bus bombing attack. Increase in number of clashes between IDF, Palestinians in West Bank bodes poorly for possible calm. Source: Palestinians not interested in intifada
Without prior warning, West Bank terror spills into Israel
Palestinian Authority officials are referring to it as a "popular uprising," while the defense establishment is labeling it as a "soft intifada." The two definitions, the Palestinian and Israeli, appear to point to a misestimate of the phenomenon's dangerousness. As a result of this misestimate, Israel and the American mediators are not firm enough in their demand that the Palestinian Authority stop the incitement against Israel on the media, while the Palestinian Authority on its part is knowingly allowing a certain level of street violence, and is even encouraging physical damage to what it calls "the symbols of the occupation" (settlements, the security fence and wall, bypasses and boycotting settlement products). In addition, the Palestinian Authority is doing nothing to stop the throwing of stones and Molotov cocktails, which are considered legitimate as part of the popular uprising. Abbas and his advisors believe, apparently, that they can control the popular uprising and adjust it to a low level of violence which will be enough to promote his political interests, but without jeopardizing the negotiations with Israel and the prisoner release. 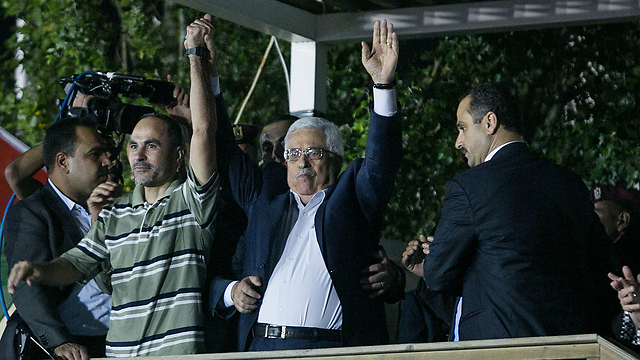 The Palestinian leadership is interested in having the international media cover the unrest in the Judea and Samaria area, hoping that this will prompt not only the Israelis but also US Secretary of State John Kerry to accept their demands. So everything that is not real terrorism, namely the use firearms and explosives by the Palestinians, is taken leniently and ignored in Ramallah.

But Abbas, as usual, is not taking into account the fact that the Palestinian street is not a tamed animal which obeys his orders, and that the people on the ground do not always interpret correctly the semi-aggressive signals he and his people convey in their statements. So groups and individuals in the Palestinian arena easily move from throwing stones and Molotov cocktails to shooting and using explosives, although "the Rais" would rather not see that happen.

Abbas does not fully control the Palestinian street. The Israeli intelligence community observed about six months ago that the Palestinian Authority and its security organizations are finding it difficult to enforce their authority in the refugee camps in Judea and Samaria. Groups of gunmen who were born in those camps, including Fatah members, are doing whatever they like there and are even openly threatening senior PA officials who refuse to accept their demands.

Within the ranks of the political Fatah, the inner discipline appears to be weakening too. For example, several days ago, during a discussion on a political issue, a member of the Palestinian Council punched Jibril Rajoub in the face. An embarrassing brawl erupted, eating away at the authority the PA leadership conveys to its subjects.

As a result of all this, Abbas and his security organizations' control of the refugee camps and Fatah ranks is diminishing. Those taking advantage of the situation are Hamas and the Palestinian Islamic Jihad, which are operating from the Gaza Strip. These organizations have an urgent interest – ideological and political – to boost the terrorist activity in the West Bank, thereby trying to cover their avoidance of launching rockets and terror attacks at Israel directly from the Strip at this time. 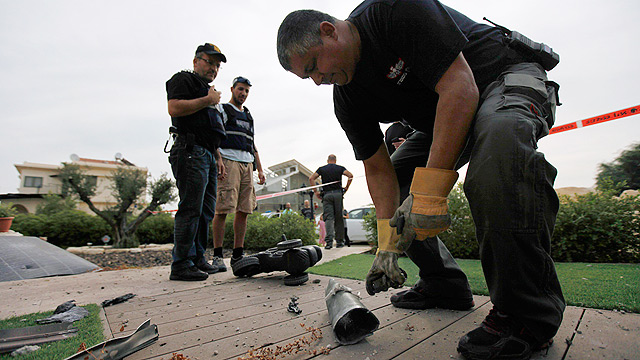 The new military rule in Egypt has sentenced them to restraint in terms of the armed struggle against Israel from the Strip, and they are trying to fill the void by initiating and guiding from Gaza terror activities committed in Judea and Samaria by individuals and small local cells. This is the origin of the term "terrorism of individuals," which many in the Israeli defense establishment have been using recently.

Many signs indicate that the terror attack in Bat Yam was also executed by a small local group operating from Judea and Samaria, inspired by terror activists from Gaza. The word "inspiration" in this case is important, because it explains the fact that the security forces had no early warning about an organization to carry out the bus attack in Bat Yam.

It's possible that the difficulties in locating the terrorist who placed the explosive bag on the bus, as well as locating those who helped prepare the device and transfer it to Israeli territory, stem from the fact that this is an attack "inspired" by elements which gave the terrorists general guidance, but did not really command the operation.

The Bat Yam attack should serve, therefore, as a warning sign not only to Israel but also to Abbas. He must also be aware of the fact that the "popular uprising" he initiated is getting out of control and may even jeopardize the survival of the Palestinian Authority. 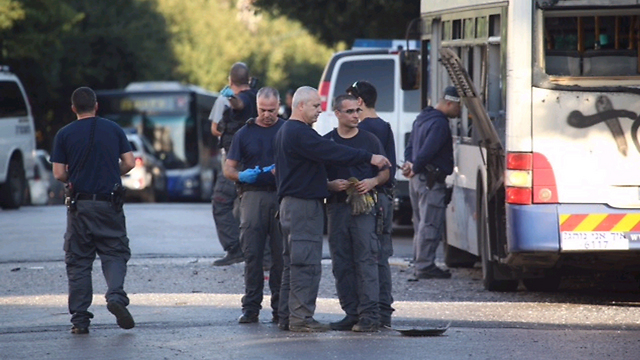 This is what loss of control looks like (Photo: Motti Kimchi)

Moreover, senior security sources in Israel are saying in private conversations (likely to the Americans too) that if Abbas and his spokespeople don't stop the incitement on the media and if his security organizations fail to operate firmly against the armed groups in the refugee camps, he may indirectly lead to the collapse of the peace negotiations even before April 2014 and lose the fourth round of the prisoner release.

It's reasonable to assume that Abbas is not interested in escalation, at least until the conclusion of the US-brokered negotiations. But the Palestinian street may prove t that he is incapable of controlling the intensity of the flames and direct them as he pleases.

The frustrating thing is that there is not much the IDF and Shin Bet can do to calm things down in the current situation. Any reinforcement of the thwarting activity, beyond what is already being done, may lead to an increase in the number of Palestinian casualties, which may escalate the Palestinian violence, and so on and so forth.

One of the only things Israel can do to help calm things down is that the political echelon, the prime minister and the ministers, will avoid making declarations about boosting construction in the territories or other acts of showing off, which are like sticking a finger in the Palestinians' eye.

If Abbas fails to understand that he is playing with fire which may burn him too, and if Netanyahu and Uri Ariel don't stop fanning this fire, we may experience an overall escalation way before the negotiations reach their end next spring.