The Israeli Air Force struck several targets in the Gaza Strip on Thursday as a response to mortar shells that were fired earlier towards an IDF force. There were no injuries within the IDF in the events.

According to the Palestinians, one of the targets was positioned west of the city of Rafah. The Palestinians reported that a post of the Islamic Jihad's Al-Quds Brigade was struck. No injuries were reported in any of the strikes.

Palestinians shot three mortar shells Thursday morning on an area where an IDF force was engaging in routine activity on the Israeli side of the security barrier in the southern Gaza Strip. There were no casualties and no damage was caused.

Palestinian sources in the Gaza Strip reported that the IAF attacked the two-man cell responsible for the mortar fire, causing both moderate injuries. 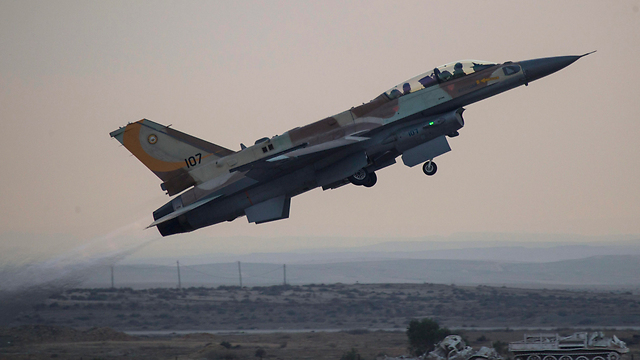 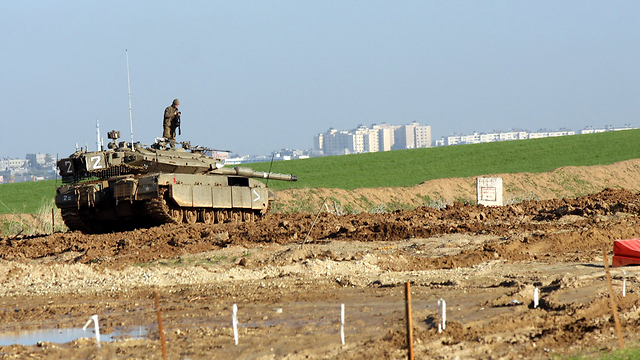 Gaza Strip border Thursday morning (Photo: Roee Idan)
Following Thursday's events, the IDF called on Gaza-adjacent farmers to stay clear of fields in the vicinity of the Gaza border of fear of further shooting. The tensions on the southern Gaza border have been rising since December 21, when the Palestinians reported that a man in his twenties was killed by IDF fire after approaching the northern side of the border fence. Three other Palestinians were injured by IDF fire and were evacuated to a local hospital after approaching the border fence. The fatality was added to two other Palestinians that were shot by IDF that same week in an army operation seeking to detain wanted men in Jenin. On December 24, Salah Abu Latif, an Israeli Defense Ministry worker, was killed by Palestinian sniper fire. The rapid escalation to shooting attacks at the border led to a fierce response by the IDF, which included striking six Gaza targets. Sources within the Gaza Strip claimed that in the IAF strikes, a 3-year-old girl was killed and several of her family members were injured.

Later that week, several rockets were fired from the Gaza Strip towards Israeli territory. One rocket landed between two communities in Sha'ar HaNegev Regional Council; there were no injuries in the event. A week earlier a rocket was fired towards Hof Ashkleon Regional Council. Another launching attempt ended with no injuries on the Israeli side.

Roi Kais and Yoav Zitun contributed to this report