The Housing Ministry published tenders for 1,400 housing units in Jerusalem and the West Bank on Friday.

A general announcement for the tenders was already made adjacent to the release of Palestinian prisoners last month. 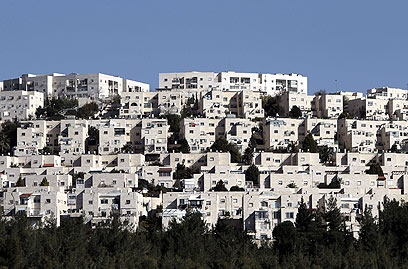 The announcement, approved by Prime Minister Benjamin Netanyahu, is expected to rile the Palestinians, who previously said that any further building in the West Bank will affect the negotiations and it will force them to apply unilaterally to the UN.

According to the details of the building plan, there will be 86 new units in Karnei Shomron, 102 in Emanuel, 227 in Efrat, 78 in Alfe Menashe, 40 in Ariel, 75 in Geva Binyamin-Adam, 24 in Beitar Illit and 169 in Elkana. There will also be an additional 600 units built in the Ramat Shlomo neighborhood of Jerusalem.

Plots of land in Jerusalem, which previously had tenders published but the building was not fulfilled, will also be up for grabs. There will be 182 units in Pisgat Ze'ev, 294 in Ramot and 56 in Neve Yaakov. 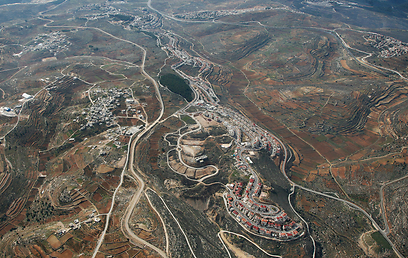 "This is not just a bad idea," he said. "This is an idea that Yesh Atid will do everything that it can so it remains a bad idea, meaning the idea won't materialize."

Lapid has been trying to advance the peace talks at all costs, even saying that changes in the coalition might be necessary, hinting that he might break away from Naftali Bennett and Habayit Hayehudi.

"The new settlement construction plan is a message from (Prime Minister Benjamin) Netanyahu to Kerry not to come back to the region to continue his efforts in Israeli-Palestinian peace talks," Saeb Erakat told AFP.

"Netanyahu is determined to destroy the two-state solution.

"It is high time we held Israel accountable for its crimes," he added.