Speaking to foreign journalists, Netanyahu said Thursday that claiming settlements were an obstacle to peace was "bogus." Earlier Thursday, Netanyahu made a low-key visit to Jordan where he held spoke with the Jordanians about the peace process currently underway. 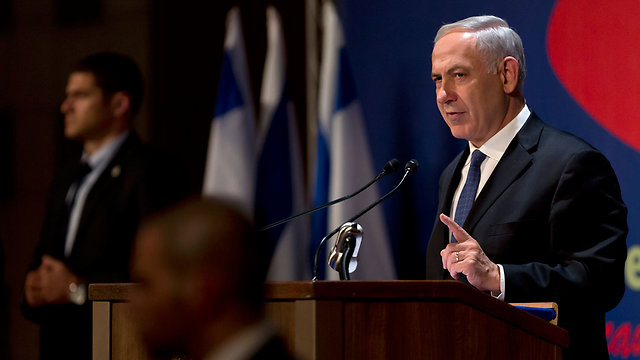 While the Palestinians dropped a longstanding demand that Israel halt all settlement construction when peace talks resumed, they say they received assurances that Israel would show restraint.

Israel's move to release the 104 Palestinian prisoners jailed from before the 1993 Oslo Accords as a goodwill gesture to the Palestinians came in response to right-wing reluctance to accept just such a freeze in settlement construction.

In his comments, Netanyahu took specific aim at the European Union, which has been outspoken in its criticism of settlement construction. On Thursday, several EU countries, including Britain, France and Italy, said they would be summoning local Israeli ambassadors to protest the settlements, Israel's Foreign Ministry said.

Netanyahu questioned why the EU protested the construction of "a few houses," but did not summon Palestinian diplomats over Palestinian misdeeds.

"When did the EU call in the Palestinian ambassadors to complain about the incitement that calls for Israel's destruction?" he said.

Israel has come under heavy criticism for continuing its settlement construction during US-sponsored peace talks but Netanyahu insisted this was "part of the deal" when talks began.