Tel Aviv – Many people go to the gym. But if Barak Davidovich has his way, they will soon be going to the Cybergym.

Cybergym is just one of dozens of companies represented at the first international cyber security conference in Tel Aviv which is being attended by some 5000 people.

“It’s like cyber paintball – you are attacked and you have to defend yourself,” Davidovich told The Media Line. “We built an arena with real-life conditions. We provide the hackers and if you don’t protect your system there’s real damage. Computers can actually fall down and you can really get wet.”

The company offers training sessions of between a day and a week, and hopes to build cyber gyms around the world. In the coming months, they are opening one cyber gym in Europe and one in Asia.

The conference also attracted large international companies including IBM, Lockheed Martin, and EMC. Lockheed Martin announced it is opening an R and D center in a new technology park in the southern Israeli city of Beersheba. Israel is also moving several large army bases to the area.

“My team tries to find new kinds of attacks in order to figure out how to stop them,” Ro’i Hai, who works at IBM told The Media Line. “We are part of the national effort to hire more researchers in the Negev and to make it a cyber center.” 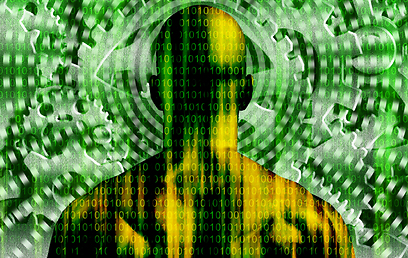 At another booth, IBM recruiters were trying to interest three female Israeli soldiers from the military intelligence unit of 8200 to come work for them, dangling promises of high salaries and excellent working conditions. Many of the CEO’s of the start-up companies here came from the Israeli army and from Unit 8200 in particular.

One area of the convention hall was devoted to dozens of start-up companies, each with its own booth. Companies offered attendees incentives to stop by and chat, ranging from pens to candy to shot glasses filled with vodka. That booth was especially popular, even in the morning. Another company offered a chance to drive a remote-control car over a plastic firewall and around several other security solutions. Lines formed to drive the cars, although it’s not clear how many stayed for the sales pitch.

At Gate Scanner, a company based in Kibbutz Sasa, near Israel’s border with Lebanon, the company offers a security layer beyond a normal firewall and anti-virus.

“These products give a level of protection but they don’t fully close the gate,” Michael Piha, the marketing manager told The Media Line. “We work offline to clean malware and offer deep deep scanning.”

“About half of them didn't exist three or four years ago, and the number is growing rapidly with major investments taking place. And I'm delighted that some very important companies are doing this,” Netanyahu said. “They know the Israeli companies that have dealt with this issue, most notably of course, Check Point, but many, many, many others. And companies like RSA, SafeNet and PayPal and others are here. These are all developments that we think can expand and we want to assure that this expansion takes place on a grand scale.”

Along with expansion come more threats. Yuval Elovici, the director of Deutsche Telekom Laboratories at Ben-Gurion University of the Negev, says that the openness of the internet makes it hard to keep ahead of potential hackers.