Mosul is the second biggest city in Iraq with a population of 1.7 million residents from a diverse range of religious and ethnic backgrounds. Mosul is also strategically important as it sits on a rich deposit of oil and a pipeline leading along the volatile border with Syria to the shores of Turkey, carrying 15 percent of Iraq's oil output.

On Tuesday, fighters for Global Jihad, some of whom came from Syria, captured Mosul and hundreds of thousands of residents fled from the city in panic, heading for the autonomous Kurdish region of northern Iraq.

The stunning take-over signals the beginning of a new and dangerous stage in the turbulence rumbling through the Middle East in the last three years. This is a stage that brings the entire area to the threshold of war between Sunnis and Shiites and between moderates and fanatics within the religious factions. Arab regimes fearing for their survival are still combating Al-Qaeda as well. 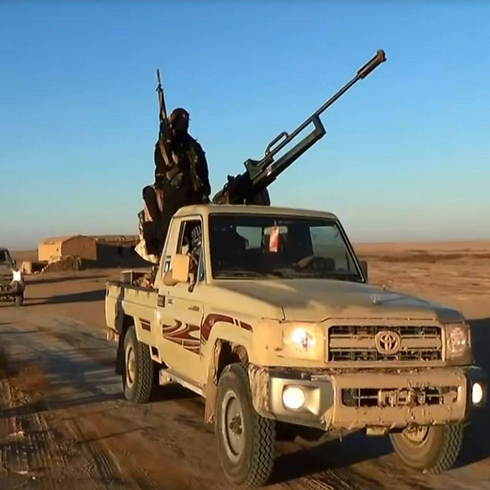 ISIS militants roll into Tikrit in yet another successful conquest on Tuesday. (Photo: AFP)
The capture of Mosul is first and foremost a blow to the democratic regime in Iraq that replaced the dictatorial rule of Saddam Hussein. Prime Minister Nouri al-Maliki's government is proving to be incapable of preventing the slow collapse of the Iraqi nation.

This is partly because current leaders give preference to the interests of the Shiites in Iraq over the need to promote the Sunni Iraqis who were brushed aside after the toppling of Hussein, who relied heavily on Sunni tribes in central Iraq.

The Islamic State in Iraq and the Levant (ISIS) is the beneficiary of al-Malaki's protectionism. This organization, bred out of the ranks of al-Qaeda, captured two cities in the Sunni dominated Anbar province of Iraq last year, the most important of which was the city of Fallujah which the militants still hold today. At the moment, now that ISIS has taken control of Mosul with the help of local Sunni militias, it controls the entire province of Nineveh which is another important territory of Iraq on the border with Syria and the Kurdish autonomous region. The relatively moderate Sunni tribal fighters resisted ISIS at first, but when the discriminatory policies of the Shiite Prime Minister al-Maliki continued, the combatants joined al-Qaeda affiliates and the result is an Iraq which is disintegrating along severe ethnic and religious divides. 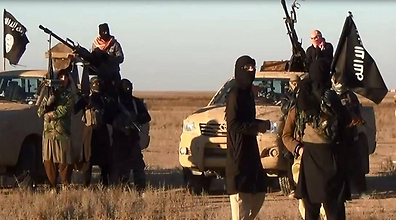 ISIS in Tikrit. (Photo: AFP)
Many of the ISIS fighters and other fanatic Islamist militias, who captured Mosul in a surprise attack which began at the end of last week, are rebels that came from Syria, Saudi Arabia, and other Arab countries. Iraqi soldiers, alongside police and other security forces who were stationed with orders to defend Mosul, stripped themselves of their uniforms and dressed in civilian clothing as they joined the flow of refugees fleeing from the city. ISIS fighters captured weapons and military vehicles supplied to the Iraqi military by the Americans. The complete route at Mosul is a humiliating blow to the Americans and President Barack Obama's policies. The city of Mosul and the Nineveh Province were the last part of Iraq the Americans took over in 2007. At the time, Washington claimed that it's seizure of Mosul paved the way for peace and democracy in Iraq. But this didn't last, and Obama was criticized for not leaving even a symbolic American force that could support the Iraqi army that was built and trained by the Americans, who also supplied this army with trillions of dollars worth of weaponry.

The Iraqi military, comprised of hundreds of thousands of mostly Shiite soldiers, crumbled in Fallujah and couldn't retake the city from ISIS. This same army also failed in Mosul.

The strategy the Americans counted on when they withdrew from Iraq crumbled completely on Tuesday, not unlike what when the US pulled out of Vietnam. Iraq is slowly but surely falling apart. Despite the fact the country had democratic elections in April, Al-Maliki still can't form a government.

The takeover of Mosul is a blow not only for the government and parliament, which have a Shiite majority, but also a blow to Iran that backs the Shiite government in Iraq.

ISIS is the bitter enemy of Shiites whoever and wherever they are. Meaning, it is the enemy of Iran, Shiites in Iraq and the Alawites that rule over Syria. ISIS has already succeeded in taking over several cities in north-eastern Syria, and it is now expanding its control beyond the border into Iraq's Nineveh Province with Mosul in its center.

Iraqi Prime Minister Nouri al-Maliki's call for help from ally states has so far fallen on deaf ears, and his disintegrating army has yet to launch a counter attack to reclaim control of Mosul and its surroundings. But there's someone else who could help the government in Baghdad, the Kurdish militia Peshmerga that controls the nearby autonomous Kurdish providence.

The Kurds, despite the fact they are Muslim, fear the jihadists just as much as the Shiites and other minorities do, so it is quite possible the Peshmerga will join the conflict.

The Arab Gulf states also fear what appears to be a takeover by the global jihad of a considerable part of the Middle East, and they might also decide to aid Iraq.

This creates the potential for regional eruption.

As far as Israel is concerned, the takeover by ISIS has clear implications: There's a foundation of global jihad forming right at our doorstep, not far from Europe.

At the moment, only Arab regimes are on the front line - Assad's regime in Damascus, al-Maliki's regime in Iraq and the Hezbollah-backed government in Lebanon. But later on, Israel might become a main target too.

Already, the strengthening of al-Qaeda affiliated organizations is aiding the establishment of jihadists in the Sinai Peninsula. So far, the Egyptians have been fighting them with some success, but the success of extremist Islamic militias in Iraq and Syria strengthens the spirit of Ansar Bait al-Maqdis in Sinai.

In conclusion, one could say the seizure of Mosul is a stepping stone to the process of dismantling many of the region's states, mostly those created following the Sykes–Picot Agreement between the British and French after the defeat of the Ottoman Empire.

The states created then are slowly being torn apart into their ethnic and religious parts, which guarantees many more years of chaos and fighting in the region.

Those who are more worried than others are the Arab regimes, among them Saudi Arabia, Jordan, Syria, Lebanon, Bahrain and of course Yemen and Libya. The last two are currently experiencing a process of disintegration similar to that experienced by Syria and Iraq the moment.

As a result of the chaos and violence, the fanatic jihadist Islam could come out on top.