Setting up concrete barricades at entrance to Hebron

IDF preparing for siege of Hebron

Forces load concrete barricades loaded trucks, spread out bulldozers, prepares to impose closure on one of the largest cities in the West Bank

The IDF is making preparations for the siege of Hebron, as part of a massive manhunt led following the kidnapping of three Israeli teens who disappeared while hitchhiking in the West Bank on Thursday night.

IDF forces have loaded concrete barricades on trucks and spread out bulldozers in the city. In addition, Palestinian sources reported Sunday that all the main entrances to the city were blocked by the IDF with concrete blocks.

A Palestinian source told Ynet earlier Sunday that the IDF has set up a large number of roadblocks around Hebron. According to the same source, IDF forces are not allowing entry or exit to or from the city. 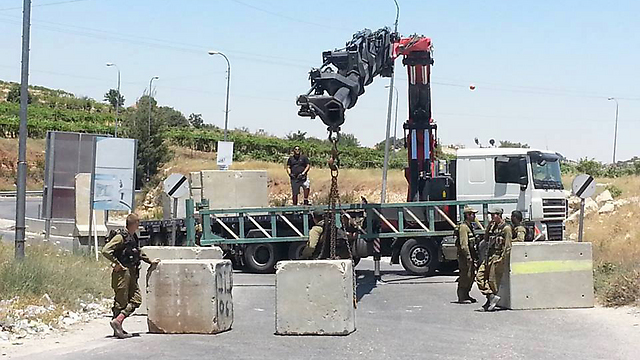 IDF forces setting up concrete barricades at entrance to Hebron

A senior General Staff source said on Sunday that in terms of professionalism, the kidnapping is of the highest level. According to him, the IDF estimate that the abductees were not transferred to the Gaza Strip or to Sinai, "but we are prepared for that option." He added that "we are employing all the special units and means to locate them. 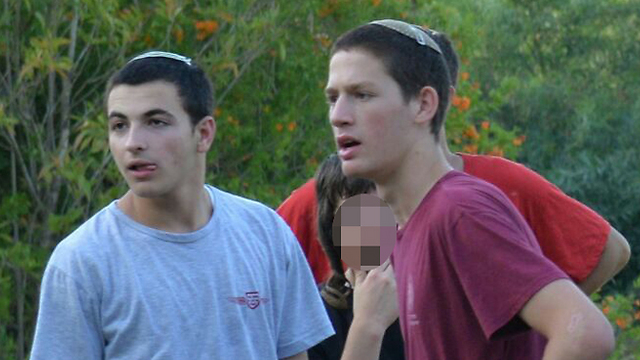 Naftali Frenkel and Gil-Ad Shaer, two of the missing teens
"We practiced scenarios of such kidnapping attacks in recent months, including six weeks ago in Ariel, together with the police. We also drew conclusions from the murder of IDF soldier Tomer Hazan.

The same source did not directly criticize the police, that did not begin searching for the teens or inform the IDF of the kidnapping possibility when it first received such information, shortly after 10 pm on Thursday night; however, between the lines, such criticism can be detected. "We in the IDF became aware of the missing boys in the early hours of Friday, and as soon as we receive such information we treat it seriously and work quickly to rule out the possibility of an innocent absence."

"We immediately realized that it was serious and hurried to activate the relevant systems. Whoever needs to investigate his moves should do so. It should be understood that the area in which these (teens) are missing is Judea and Samaria, and accordingly not use the 12-hour-wait procedure," the senior source said.

The senior source further added that "the legitimacy within the Palestinian public and the motivation of terrorist organization to conduct kidnapping attacks is high. Hamas is in a difficult position in Judea and Samaria and is struggling to launch attacks. 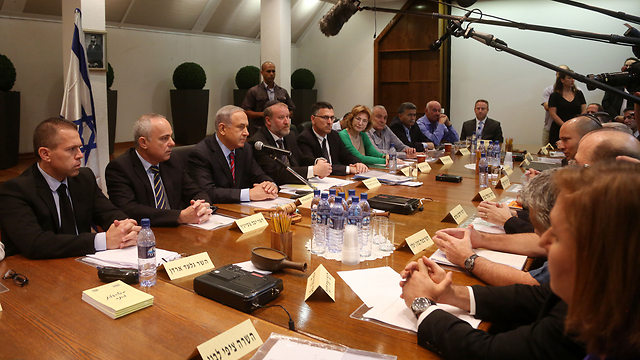 "Were it able to, it would have launched dozens of suicide attacks, kidnappings, and shooting attacks in Israel. It is at a rough condition and under pressure from intelligence. We haven't seen foot dragging of the Palestinian Authority towards Hamas, ahead of this incident. They don't work for us, but we identify common interests."

He added that: "I don't see any connection between the comprehensive processes of terror and the Fatah-Hamas unity government, and I don't identify any attempts by extremist Jewish activists to act now. Concrete appeals have been made to the communities about the threat of abductions, in recent months as well, and this attack has the potential of creating an escalation."

Israel has reportedly enlisted the aid of Egypt in the search for the three missing Israeli teens – Eyal Yifrah, Gil-Ad Shaer, and Naftali Frenkel – that have been missing since Thursday evening, Egyptian newspaper Ash-Shuruk reported Sunday morning.

Prime Minister Benjamin Netanyahu said Sunday that "Hamas people" are those who carried out the kidnapping of the Israeli three teens on Thursday evening. "This has severe repercussions," Netanyahu clarified.

"Those who perpetrated the abduction of our youths were members of Hamas – the same Hamas that Abu Mazen (Palestinian President Mahmoud Abbas) made a unity government with; this has severe repercussions."

Hamas denied the accusations made by Prime Minister Netanyahu that it was behind the abduction of the three Israeli teenagers.

Sami Abu Zohari, the Hamas spokesman in the Gaza Strip, termed Netanyahu's statements as "foolish". He noted that while the arrests carried out by IDF troops of Hamas people intend to break them, Israel will not succeed in doing so.

IDF soldiers arrested 80 Palestinians in the West Bank overnight Saturday, including senior Hamas members and Palestinian lawmakers, and placed a closure on Hebron and Bethlehem.

Among those arrested was senior Hamas activist Hassan Yousef, a former spokesperson for Hamas who is considered one of the organization's spiritual leaders, and members of the Palestinian Parliament Fathi Muhammad Ali Qar'awi, Hassan al-Bourini, Abdel-Rahman Zidan and Khaled Abu Arafa.