On the brink of war: Hamas may still back down

Analysis: Escalation in tensions serve Hamas' interests to improve standing among Palestinians, but war with Israel does not.

Just today, on the first Friday of Ramadan, when there is always calamity, it will be possible as the evening closes in, to know where things are headed: either toward further escalation that will result in a military operation in Gaza, or toward relative calm. The Shin Bet and police investigators still have no concrete evidence who killed the Palestinian teenager Muhammad Hussein Abu Khdeir or why, but the Palestinians in the West Bank, like in Gaza, are convinced beyond any doubt that the murder was committed by the 'settlers' and there is no hope that they will be convinced otherwise. The murder of Abu Khdeir is the match that ignited the recent escalation in Jerusalem and the surrounding areas as well as Gaza. But, it was only the match that fell on gasoline that had been waiting for ignition for several days already. 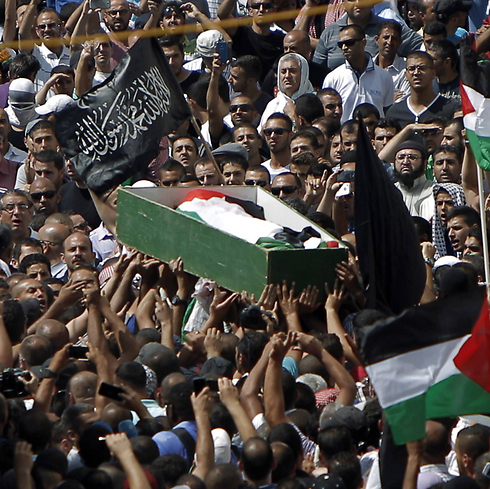 The main reasons for the current flare up consist firstly of the difficult situation that Hamas has been stuck in for a long time due to lack of foreign aid, which has led to serious financial difficulties in Gaza, and the damage they are suffering as a result of IDF operation in the West Bank aimed at their infrastructure.

The recent abduction and murder of three Israeli teens led to the IDF crackdown in the West Bank, which greatly worsened Hamas' position among Palestinian politicians and also threatened the current unity government formed with Palestinian President Mahmoud Abbas.

This also inadvertently made it all the more difficult for Hamas to find a way to pay the 43,000 government officials in Gaza who are currently waiting for back pay.

There's no point in listing all of the problems that Hamas is facing, but the bottom line is that Hamas hopes that through escalation and eventual Egyptian intervention, fresh cards will be laid out on the table, and their position will improve.

The murder of the Palestinian teen gave Hamas the opportunity and legitimization to fire rockets on the Negev while it plays a dangerous game of incitement, mainly because it doesn't have much to lose.

In other words, influence from Hamas has been in a slump and now its military wing, the Izz al-Din Qassam Brigades, is trying to change the downward trend and at least win back some of their prestige that was lost among Palestinians after losing significant sources of funds and helpful infrastructure.

The political leadership of Hamas, from their offices in Qatar to Haniyeh himself, are trying to retain control over Gaza, and don't want to handle an Israeli invasion which, in the current situation, would likely lead to the end of Hamas. 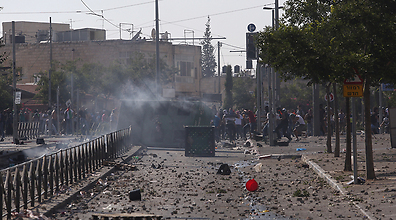 However, the Izz al-Din Qassam Brigades has ceased to obey the political leadership and is currently dictating the course of events and the escalation in the hope of winning said prestige by striking Israel and then ceasing just before Israel goes to war.

It must be remembered however, that the political and military leadership of Hamas faces many powerful forces attempting to restrain an escalation.

Secondly, Hamas is afraid that if it causes significant damage in the central cities of Israel, a larger conflict will erupt. In other words, Hamas is dependent on Israel for its existence, both literally and figuratively. 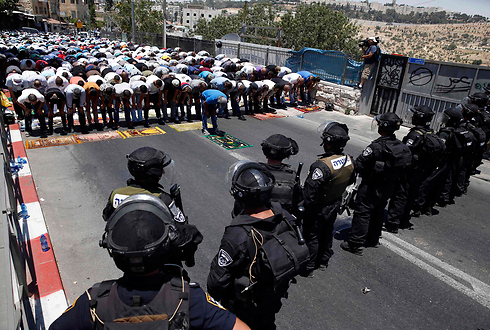 If Israel decides to tighten the siege on Gaza and refuses to send fuel, food, and construction materials through the border crossings, it will surely mean the end of Hamas. The Egyptians won't agree to open the Rafah border crossing for more than a few hours every few days, in order to prevent cooperation and aid between Hamas and the Muslim Brotherhood.

In this situation, even the most hotheaded leaders in Hamas and rogue organization know that a big showdown with Israel may result in a fiasco for them.

Apart from the inevitable destruction of war, they know that Israel is very keen at this point to destroy as much as possible, not only the Hamas infrastructure but also the arsenal of rockets and long-range missiles available to the organization and to Islamic Jihad.

But in the meantime, the organization's leaders remain bold, borne of the waves of outrage over the murder of Abu-Khdeir and the religious fervor that affects them during the month of Ramadan.

The violence in Judea and Samaria in the meantime has been restricted to the area of Jerusalem and there is a good chance that it won't expand from there. Therefore is can be assumed that even with Friday's violent protests in Jerusalem and refugee camps across the West Bank, they will calm down. 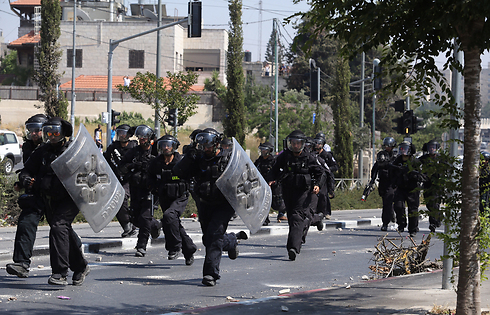 But this is on one condition - that no one is killed by security forces during the riots after the funeral of Abu-Khdeir. Any Palestinian death on the first Friday of Ramadan may ignite record violence that could possibly be called the Third Intifada.

Palestinian streets are now at their most sensitive and volatile, not only because of Ramadan, but because of confrontations that broke out since the kidnapping and murder of the Israeli boys and because Hamas incitement continues.

Therefore, Israel must be prepared for the unexpected. A relaxation of tensions is definitely possible, but security officials in particular must prepare for greater escalation.

This was most certainly the main issue on the agenda of the Cabinet meeting on Thursday, but not the only one. The Cabinet has convened four times since the boys' bodies were found to discuss reactions of a political nature.

Steps were considered such as constructing new outposts and massively increasing construction in West Bank settlements along with other measures meant to bruise Hamas and its leadership.

But there was also need to discuss incitement and escalation because of the murder of the Palestinian boy. MKs spoke seriously about 'situations and responses' if tensions don't relax by Friday evening or Saturday morning through Egyptian mediation.

The IDF has moved a limited number of forces, including tanks and foot soldiers and several dozens of reservists have even been called up.

These moves serve multiple purposes. First and foremost, to signal to Hamas that the IDF is seriously preparing for a large military incursion if the rocket fire on the Negev doesn't come to an end.

A senior officer even said in a private conversation, "If Hamas wants a war, they'll get a war."

The second purpose is to prepare the forces that are required for this type of operation, including defensive measures like Iron Dome batteries that must cover key areas when fighting begins.