Analysis: The prime minister, the government and Israeli public must examine their own roles in the terrible events of recent days, and consider the impact on the whole of Israeli society.

Sadly, there is a history of Jews killing Arabs in retribution. Murderers like those of the extreme right Jewish Underground quickly received pardons, and some never even saw the inside of a jail cell.

We mustn't judge anyone to be guilty before the facts are brought to light in court, but it seems our worst fears have come to pass, and it was indeed Jews who murdered the teenager Mohammad Abu Khdeir.

It should be stated bluntly that this crime, whether or not it was committed by Jews, is heinous, despicable and shameful, just as was the murder of three Israeli youths by Hamas terrorists.

Violent Weeks
Netanyahu: We'll bring Mohammed's killers to justice
'There is no place for such murderers in our society,' Netanyahu says after security officials arrest a number of far-right Jews for role in kidnapping, murder of Arab teen Abu Khdeir.
http://www.ynetnews.com/articles/0,7340,L-4538655,00.html

Mohammed Abu Khdeir was also a teenager, who was savagely murdered solely for being Arab and only to satisfy the primitive impulses of revenge killers. There's no difference between the dreadful crime committed against the three Israeli teens in the Judean Hills and the equally despicable crime committed in the Jerusalem Forest.

For now, the most urgent task is to contain the flames that could blaze up again as the result of new developments in the investigation into Mohammed's death. The first arena that security forces should focus on is Jerusalem. Others are the Arab community in the triangle and Wadi Ara (areas of Israel rich with Arab towns and villages), and the West Bank and the border regions.

Each and every one of these areas requires forces to douse the flames of violence before they erupt and ignite the region. 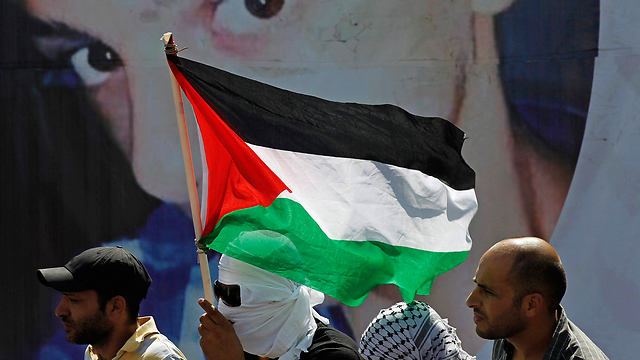 Experience shows that a massive police and troop presence in the field deters rioting, especially in areas prone to clashes between Jews and Arabs, and this demands their deployment in specific locations known to security forces as flashpoint areas.

Also, they should be present in large numbers at dangerous sites such as checkpoints, so no soldiers or police officers find themselves outnumbered, and are forced to use live rounds to save their own lives. Additional casualties on both sides could send the situation spiraling out of control.

It is also safe to assume that the hotheads in Gaza will take advantage of mounting tensions to fire additional rockets at Israel's communities in the western Negev, and maybe even beyond. This is illogical, because Gaza's leaders were quick to blame Israelis for the boy's death. But we mustn't look for logic in this regard.

The very publication of the details of the case that place the blame on Israel may lead to a new escalation in the Gaza Strip, and the IDF must be prepared to deal with it quickly, in particular through targeted strikes on rocket launchers and the crews operating them before the rockets are fired.

Given that most launchers in Gaza are buried underground, they must be dealt with from the air. And the addresses are logged in the computers of the IDF intelligence.

The murder of an Arab boy by Jews has caused incalculable damage to Israel in the international arena, and provides propaganda ammunition to anti-Semites. One could also say the murder took away any justification for the operation against Hamas in Gaza. 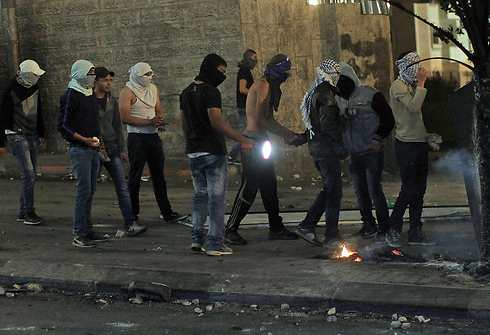 The Israeli religious-Zionist public must do some soul-searching, and the government of Prime Minister Benjamin Netanyahu must make a clear statement condemning the murder, take responsibility and promise to punish the perpetrators to the full extent of the law, if found guilty.

This statement needs to be unequivocal, sharp and swift, and not issued casually at a media event contrived by the prime minister's office. Such a declaration may also affect the Palestinian and Israeli Arab street. Not only the prime minister must be enlisted in this effort, but also all members of the political system, and the Arab local authorities, which have great influence on the Arab youth.

For the long term, one must understand that the Shin Bet and police are helpless in fighting the extreme nationalist groups responsible for "price tag" attacks, incitement and even prior murders. This problem stems from the fact that the law that is applicable to Arab terrorists is not applied equally to Jewish terrorists.

There was one case in which the Shin Bet was able to demonstrate clearly that an Israeli had murdered an Arab, but the man was not convicted because the evidence was weak. Why was the evidence weak? Because the Shin Bet is not allowed to investigate Jews as it does Arab terrorists - and because all Jewish terrorists have to do is remain silent during an interrogation, and then they can go free or at best get house arrest.

This is a travesty. This is not how to fight terrorism. The Knesset and the government must quickly initiate stricter legislation that will allow the Shin Bet, police and the courts to operate effectively at every level to stamp out Jewish terrorism.

There has to be administrative detention for Jews just as there is for Arabs who are detained for long stretches when suspected of terrorism or subversive activity. There should finally be an end in Israel to one law for Jews and another for Arabs, especially for criminal offences.

The Israeli religious-Zionist public in all its diversity, the dear public, for the most part Zionist and filled with conscience, has to do some soul-searching. If it had done more to vomit out the extremist nationalists, we might not have been plunged to this moral nadir.

The public, which is mostly religious, should remember the story of the men of Shechem, who murdered and raped Dinah, the sister of Simeon and Levi. They should remember what Jacob said to his sons Simeon and Levi, who carried out murderous reprisals against men of Shechem. He cut them off from inheritance, and handed down upon them the most terrible sentence father could deliver to his sons:

Simeon and Levi are brothers— their swords are weapons of violence. Let me not enter their council, let me not join their assembly, for they have killed men in their anger and hamstrung oxen as they pleased. Cursed be their anger, so fierce, and their fury, so cruel! I will scatter them in Jacob and disperse them in Israel. (Genesis 49:5) These words should resonate with every one of us, and we all need to understand that any such action brings moral defeat for all of Israel's citizens, and this is the true Arab victory over us.