PM tells IDF to prepare to expand operation; incursion comes after hours of heavy artillery fire on northern Gaza; Gantz: Goal is to take control of areas where we find terror tunnels.

IDF troops exchanged fire with terrorists in Khan Younis on Thursday night in the first skirmish in the ground incursion that began at precisely 10:30pm, after 10 days of aerial assaults in the Gaza Strip.

Infantry, armored, engineering, artillery and intelligence troops are working in cooperation by sea and air, with the assistance of the Shin Bet and other security forces, and led by the Southern Command.

The IDF said it will be calling up 18,000 additional reserve soldiers during the night.

Prime Minister Benjamin Netanyahu and Defense Minister Moshe Ya'alon instructed the IDF to begin its ground operation, in order to attack the terror tunnels penetrating into Israel from the Gaza Strip, the GPO said in a statement.

A terror tunnel of this kind was dug into Israel by Hamas terrorists, in order to carry out a mass terror attack against Israeli citizens. The IDF successfully thwarted this terrorist operation on Thursday morning.

Other objectives for the ground offensive include taking out scouts for Hamas and other terror groups in the Strip and destroying anti-tank missile and rocket launchers.

"We are now entering the second part of the operation," said IDF Spokesman Brig.-Gen. Moti Almoz. "We delivered a hard blow to Hamas: We attacked thousands of targets, destroyed infrastructure, hurt operatives. Large ground troops are taking over targets in the Gaza Strip, operating against tunnels and infrastructure."

The prime minister and defense minister have instructed the IDF to be prepared to expand the ground operation.

Almoz noted the operation "will continue in conjunction with continuous situation assessments by the IDF General Staff."

No time frame was announced for the new operation, and the length and intensity of Israel's assaults could depend on the scale of civilian deaths - casualties likely to boost international pressure for a ceasefire.

Almoz went on to say that "the forces operating in the operation are of highest readiness and fitness for their task after a period of increased training and planning and thorough preparation."

An Israeli military spokesman said Israel was not out to try to topple the dominant Hamas Islamist group. Such a goal would likely entail a move into densely populated Gaza City, where urban warfare could prove costly to both sides.

Lt.-Col. Peter Lerner, an IDF spokesman, said that the operation is open-ended.

The Egyptian army reportedly increased troops presence in the Rafah border due to Israel's ground incursion.

The ground operation began with heavy artillery shelling of Beit Hanoun and Beit Lahia in the northern Gaza Strip. According to the Palestinians, three people have been killed in the artillery attack, including one child.

The army fired numerous flares to light up the night sky over the Strip, and the IAF increased its aerial strikes, while attack helicopters were circling the northern Gaza sky. The Navy fired several shells from the sea. 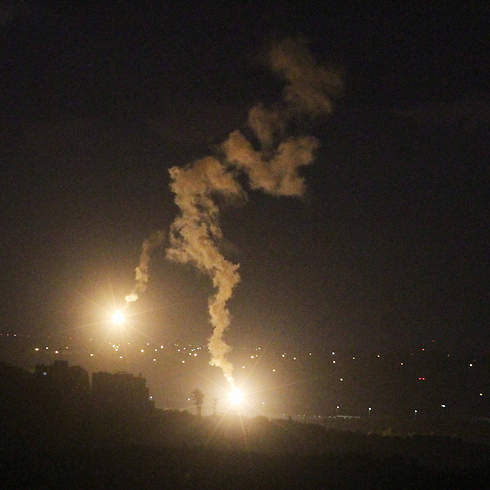 Tanks then entered the Strip and started firing at terror targets. As a result of the fighting, the power in the Strip is going out on and off at different areas. Out of 10 power lines in Gaza, two went dark two days ago and four went dark on Thursday night.

The IDF was planning to take over areas in the Strip and work to locate and destroy the terror attacks in these areas. The army also prepared additional stages of operation, including getting all the way to the Gaza beach.

"This step is being carried out as a continuation of the objectives achieved so far, and to deal a further serious blow to the Hamas terrorist organization and improve the security situation," the IDF spokesman said.

Residents living near the Gaza border have been instructed to enter bomb shelters and safe room, as a heavy barrage of rockets was fired at southern and central Israel.

"The IDF Home Front Command has taken the necessary steps in all relevant areas, and residents of those areas are called upon to heed defensive instructions as they issued by the media," Almoz said.

Ground offensive decision made 2 days ago

The order to take action Thursday night received Cabinet approval two days ago after Israel agreed to an Egyptian proposal for a ceasefire on Tuesday but Hamas rejected it and continued firing rockets at Israeli cities. Nor did Hamas respect the humanitarian ceasefire initiated by the United Nations earlier Thursday, and continued to fire at Israel during the truce. 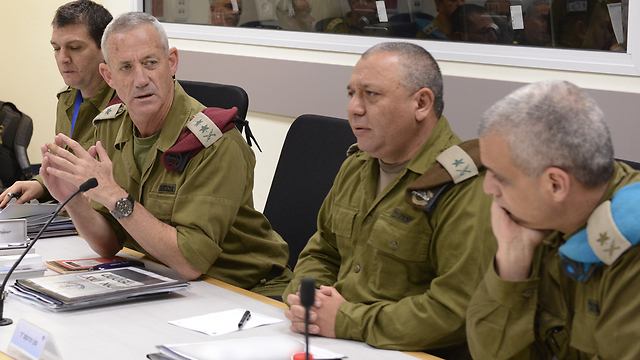 "In light of Hamas' incessant criminal aggression and dangerous infiltration into Israeli territory, Israel must act to protect its citizens," a statement from the PMO said.

"Operation Protective Edge will continue until it has achieved its purpose - restoring quiet to the citizens of Israel for an extended period, with significant damage to the infrastructure of Hamas and other terrorist organizations in the Gaza Strip," the statement went on to say.

The government was set to meet on 1pm Friday after a planned cabinet meeting at 11am.

The incursion signals a new stage in the IDF's Operation Protective Edge, which began 10 days ago in the face of the ongoing rocket barrages on southern communities. Since the start of the operation, militants in the Strip have expanded their targets to include areas of central Israel, with Tel Aviv and Jerusalem coming under fire, along with Holon, Bat Yam, Rishon Lezion and Yavne.