Netanyahu: Israel has delivered an unprecedented blow to Hamas

Prime Minister Benjamin Netanyahu spoke at a cabinet meeting on Sunday, where ministers were due to decide on a proposed NIS 1.5 billion aid package to southern towns affected by Operation Protective Edge - a package that would only cover areas within seven kilometers of the Gaza Border, angering many mayors and officials of the south who aren't included in the deal.

"The intent is not only to rehabilitate damaged infrastructure and agriculture but also industrial development," said Netanyahu at the cabinet meeting. "The second part is an aid package to the cities of the south." 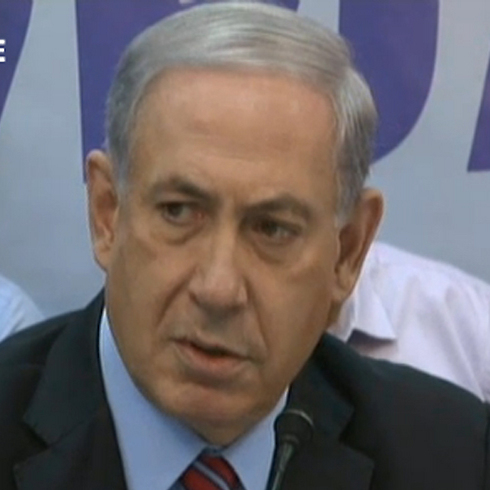 Netanyahu also stressed however, that "security comes first." The prime minister said that it was important to, "fill the shortfalls in security."

To that end, Netanyahu said at the special cabinet meeting in the Hof Ashkelon Regional Council that he hoped, "that the quiet will prevail for a long time. We are ready for every scenario on that front or others, including the border on the Golan."

He painted a picture of victory during the Gaza operation, saying Israel has delivered an unprecedented hard blow to Hamas.

"The IDF and Shin Bet are responsible to the killing of over 1,000 terrorists, we thwarted Hamas' rocket fire, we destroyed the tunnels and terror towers (high-rise buildings). These are unprecedented blows for Hamas," Netanyahu said at the opening of the weekly cabinet meeting, held in Hof Ashkelon.

"At the same time, Hamas has backed away from all of the demands it set for a ceasefire," the prime minister added.

The planned seven kilometer limit on grants to the south would leave several hard-hit areas out of the aid package, including Ashkelon, Ashdod, Be'er Sheva, and several smaller towns who's leaders are convinced that the government should provide a more inclusive financial reconstruction package to the south.

"It's inconceivable that the hardest hit city in Israel won't get even a shekel of aid from the State," said Ashkelon mayor Itamar Shimoni before Sunday's cabinet meeting. 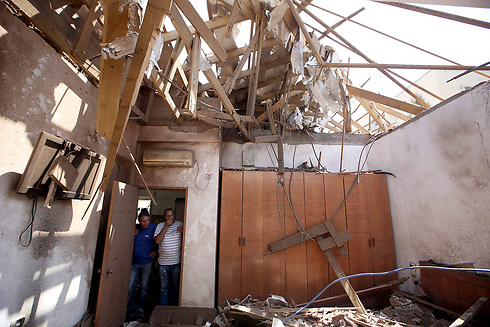 Ashkelon got rockets, but may not get financial aid from the State. (Photo: EPA)

The cabinet meeting and possible approval of the aid deal comes amid concerns of an economic slump in the wake of the 50-day operation in Gaza, though Finance Minister Yair Lapid promised that, "We won't raise taxes." Netanyahu also said in an interview with Channel 2 News that a tax increase wouldn't be necessary, though he failed to specify exactly where new funds could be raised for the aid package.

Only the areas closest to the Gaza border would receive reconstruction funding as part of the deal including towns in the Eshkol, Sha'ar HaNegev, Sdot Negev, and Hof Ashkelon Regional Councils.

Lapid and Netanyahu played no part in the decision of which areas to include in the deal, but the prime minister's office said in a statement Saturday that in addition to the NIS 1.5 billion to be provided over the next five years, "A long-term plan of socio-economic development for all southern communities will be paid in the coming days."

"Southern authorities, including Ashkelon, have already begun to receive reimbursement for damages caused during the operation," said the statement.

The government addressed the impending aid package saying that, "The government's intent is to strengthen the resilience of security in southern communities through different means including increased protection and various security components." 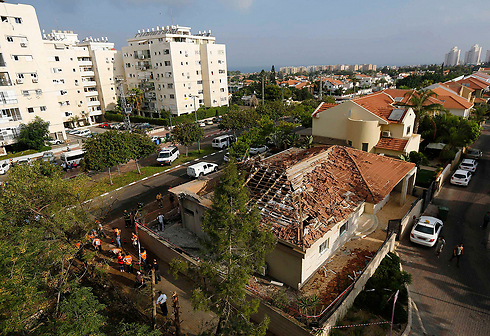 Homes in Ashkelon (pictured above) as well as Ashdod suffered direct hits from rockets during Protective Edge. (Photo: Reuters)

Among other things, equipment sent to southern authorities will be upgraded in order to improve their capabilities during emergency operations such as rescue operations, first aid, and fire-fighting. The government is also set to invest NIS 16 million to plant forests for security purposes.

Southern authorities already received tens of millions of aid at the beginning of the operation.

Ashkelon Mayor Shimoni sharply criticized the NIS 1.5 billion plan saying that, "The government must stand behind its obligations and behind the words spoken to us over the last few weeks. If they really want to help Ashkelon, they should give us a top national priority status that will help us build a high-tech park and industrial park."

"This is the real mutual responsibility that we expect to receive from the government," said Shimoni. "The moment of truth has arrived. This is the moment to prove to us that all the promises made to us in the last few weeks are covered."

He also said that the residents of his city gave the government all the support and time needed to eradicate the threat from Gaza, "And now we are finding to our amazement that when the moment arrives to compensate us for all the damage we've suffered, they forget who got most of the fire."

"Before we talk about rehabilitating Gaza, the time has come to start talking about rebuilding Ashkelon and the cities of the south after more than a decade of kidnap and constant fire without receiving any assistance from the State in return."

Ashdod Mayor Yehiel Lasri said Saturday that the operation in Gaza had heavy financial significance in the local municipality, which was presented to the prime minister as well as the cabinet. 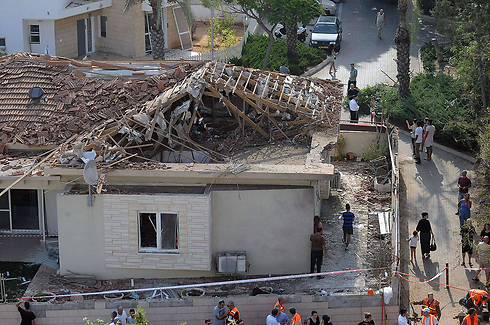 A home in Ashkelon damaged by rocket fire. (Photo: AFP)

"To my surprise, the plan doesn't include the required aid for towns within 40 kilometers (of Gaza), especially Ashdod and Ashkelon which suffered the most from rocket fire," said Lasri.

The mayor stressed that more rockets were fired on Ashdod than anywhere else during the operation, and that the city also suffered the most damage from rocket fire. More than 50% of the homes damaged in Israel were located in Ashdod.

"This is a terrible message from the government to the residents of Ashdod and the cities of the south. I really hope that this is just a mistake that will be corrected tomorrow (Sunday) in the government's decision. Otherwise, we won't ignore it. We will begin an uncompromising struggle in which we will need your support and your help, dear residents."

In the Bnei Shimon Regional Council, officials say that protected structures are in short supply, particularly in schools and other educational facilities. Bnei Shimon Mayor Sigal Moran said, "We want the towns surrounding Gaza to get everything they deserve and more, but it should be remembered that we were also off for two months."

"We paid hundreds of thousands of shekels to allow residents reasonable living conditions," said Moran. "I hope that we get at least some of the expenses. Besides reimbursement for expenditures, it would be appropriate for the government's decision to address the needs of the towns between seven to 40 kilometers as well, so that we don't end up in the same situation during the next round."

"We presented these things in the prime minister's meeting with southern authorities. I am very afraid that the aid will only go to communities surrounding Gaza and won't reach the other towns that also need it."