Analysis: Before deciding how much to money to allot to IDF, cabinet must thoroughly examine defense needs in light of security perception.

Unlike what we have seen every year since 2006, this year it's hard to find anyone who will argue that the defense establishment is unworthy of a budget increase – both for 2014 because of Operation Protective Edge and for 2015 because of the budget cuts in military strength and training in the past two years. The demand is for NIS 9 billion (about $2.5 billion) now and another NIS 11 billion ($3 billion) for next year. Clearly, these are imaginary sums on an Israeli scale, and they will not be handed out in full.
Budget Battle
Defense official: Defending against terror is an expensive endeavor
Moran Azulay
Ya'alon and Gantz clash with Lapid and Bennett over military's request for significant hike in 2015 defense budget.
Defense official: Defending against terror is an expensive endeavor
But even without delving deep into the budget clauses, the demands appear to be legitimate due to two dramatic changes in the region. The first dramatic change is the rise of the jihadist radical Islam and the threat it poses to the stability of the region's countries, and especially to the stability of the states bordering Israel and to the Palestinian Authority. At the moment there is no existential threat, but collecting intelligence and preparing for an accurate hit require a lot of money. The second reason is the lessons learned from Operation Protective Edge. Hamas and other organizations are learning and gaining strength quickly. We were surprised by the abilities, the quantity and the quality, as well as by the combat spirit, and this will likely happen against Hezbollah too. It has also been proven that in order to spare fighters' lives and achieve the required effects and leverages against a guerilla and terror organization, huge amounts of fire – both accurate and statistic – must be used to assist the ground forces. All this costs a fortune, not to mention the Iron Dome interceptors – tens of thousands of dollars per missile. Despite all this, the defense establishment must not receive even one additional shekel beyond what is required to stock up on crucial supplies and pay for reserve service days, before the cabinet and the government conduct an organized and strict examination process of the needs in light of the security perception. What should they look into? In the first stage, the cabinet should analyze the way Protective Edge was conducted and distinguish between what the defense establishment will fund from the current budget and any addition received.

By the way, the army did save some money during the war as a result of postponing training sessions, for example. We are not expected to see many disputes over this issue, as the Treasury referee sat at the Defense Ministry and was able to see exactly how much was spent every single day on the computer screens.

In the second stage, the government should launch a quick process of drawing the conclusions of Protective Edge, and the findings should be translated into a perennial IDF working plan. The budget increase demand will be derived from this plan, as it is customary to plan for five years ahead.

In recent years, the IDF's work and its ability to prepare and gain strength have suffered due to the cabinet's failure to approve such a plan. Projects and preparedness depend on years-long contracts, and without a plan there is no reflection of a list of priorities and the state's security perception. Two perennial plans submitted by Chief of Staff Benny Gantz have not been implemented. The latest plan, "Teuza" (boldness), remained on paper.

The most urgent mission, therefore, is for the IDF to submit a perennial plan to the cabinet's approval and the corresponding budgetary demands. If it is not approved, the army will continue to live from hand to mouth and do only what is necessary and not what is required to face the new threats. 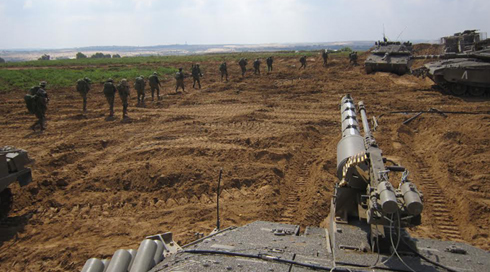 In the third stage, the cabinet should approve a budget increase, focusing on four areas:

1. Supplying the IDF with defensive means in order to reduce the number of military and civilian casualties and the destruction of security and civilian infrastructures during the fighting, starting with the David's Sling system (which is expected to become operational in 2015), especially against Hezbollah's heavy and long-range missiles. Each intercepting missile costs about $1 million.

Additional Iron Dome interceptors and batteries are also needed of course. More armored units should be equipped with the Active Trophy armored shield protection, which intercepts antitank missiles and proved itself during Protective Edge. A tunnel detection system and swift tunnel destruction system should be developed, as well as a system warning against mortar shells and intercepting them through laser technology.

Merkava Mark IV tanks should also be added, after proving themselves exceptionally in Gaza, as well as hundreds of modern Namer armored personnel carriers, which are based on the Merkava tank and provide improved protection and mobility for the infantry forces.

This defensive equipment is needed in light of the Israeli public's sensitivity when it comes to losses. It's already clear today that if the IDF wishes to operate in Lebanon or against the terror organizations in Syria which are equipped with antitank and antiaircraft weapons, this investment is imperative.

2. Investing in intelligence, which is also required in order to tackle the key threat still posed by the Iranian nuclear plan, and in order to improve the IDF's abilities in ground and aerial fighting.

Naturally, this includes a budget increase for the Shin Bet and Mossad organizations, which are now required to boost their efforts in order to collect as much intelligence as possible about the jihadist organizations surrounding us, which are acting like amoebae, dividing and gathering in all kinds of configurations and groups which must be monitored in order to know who is with who and who is doing what and where at any given moment.

This is a difficult effort which requires a lot of monitoring means and sensors of all kinds – human, electronic and visual. The Military Intelligence Directorate's Research Department is also in need of immediate reinforcement and improvement of procedures in order to locate and fix the failures in assessing Hamas' intentions during Protective Edge.

Improving the intelligence means of the entire intelligence community is an imperative and crucial condition for efficient and economical fighting in the next war. Most importantly, it may guarantee that we will not be unpleasantly surprised, God forbid.

3. Accurate fire from the air, land and sea, based on the accurate intelligence in a way which will prevent losses among uninvolved civilians and will quickly neutralize the enemy's fighting abilities. The IDF is the main candidate to enjoy purchases in this area after proving in Gaza that, in many cases, the aerial fire serves as a proper alternative for ground moves in which soldiers were killed.

4. The cyber area. In the 50 days of fighting, Israel was under cyber attacks which were not particularly efficient, but it must prepare for future attacks by collecting intelligence, both defensive and offensive. This costs a lot of money.

Revolutionary step must be taken

These will likely be the main areas in which the IDF will seek to equip itself and gain strength, as well as stock up on reduced supplies, but at the same time it will have to invest a lot of money in training next year and in the following years, mainly training the reserve units and reserve forces operating as part of the regular units. That requires a budget too.

But if the Israeli citizen wants to be certain that the billions of shekels received by the defense establishment will really improve his or her safety, another revolutionary step must be taken as early as this year – changing the budget definition and structure. For example, the pension budgets for career soldiers, the Rehabilitation Unit's budgets and other civilian components are included, for some reason, in the defense budget. It's hard to understand how much of the NIS 60 million is really spent on security every year and how much is directed at all kinds of goals, which may be worthy but should not be included in the expenditure for the commodity we need so much: Physical security and a sense of security.