At its founding, the population of Israel numbered a mere 873,000. But with each year, the population continued to grow, as the nascent state absorbed refugees from Arab lands and Europe. And in each year, since 1948, the Border, Population, and Immigration Authority published its population report, ahead of Rosh Hashana.

The Israeli body counted 8,904,373 Israelis ahead of the Jewish year 5775, nearing the nine-million milestone.

Figures released Sunday by the Population, Immigration and Border Authority show an increase of nearly 200,000 people since last year. In the passing year 176,230 babies were born – 15,000 more than last year.

Aliyah to Israel also helped boost the population figure, with 24,801 arriving in the Jewish year 5774 – some 8,000 more than the previous year. 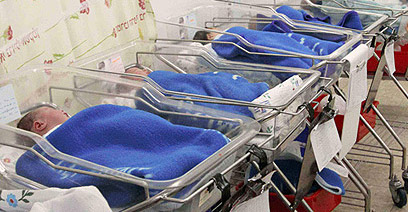 Baby boys at Barzilay Medical Center (Photo: Ido Erez)
As it turned out, this was a year of love and commitment for Israeli men and women as many of them decided to get married: 140,591 Israelis obtained marriage licenses in comparison to 127,000 the previous year. Jerusalem holds a record for the number of couples who chose to enter into wedlock: 8,846 couples exchanged rings this year. Tel Aviv, which is known as the singles capital of Israel, took second place with 5,643 new married couples. 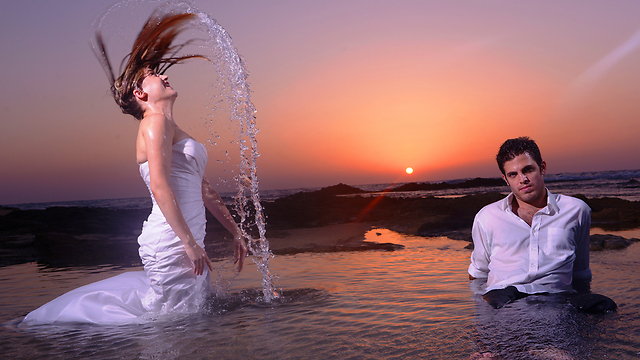 Having said that, the steps of the rabbinate were just as busy this year as the divorce rate went up with 32,457 couples filed for divorce in comparison to 29,000 the previous year – 23,419 succeeded to get a divorce. Jerusalem may have the highest number of new married couples, but it also had the highest number of newly divorced couples – 1,619. 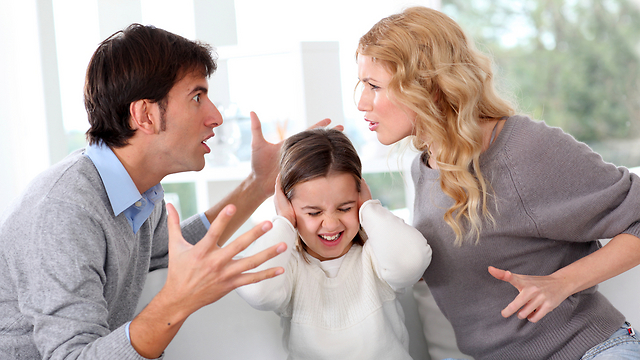 The divorce rate is up this year, illustration (Photo: Shutterstock)

There is also surprising data on overseas travel: Despite the economic downturn, 10,745,047 Israelis traveled abroad. The publication of the report yesterday sparked a dispute between the Border, Population and Immigration Authority and the Central Bureau of Statistics (CBS). The CBS said it was concerned that the data was published without any coordination from the population authority, claiming the report was inaccurate.

An Interior Ministry official explained that the gap stems from the fact the Population and Immigration Authority includes Israeli citizens living abroad. "We apologize if the CBS is disappointed with the fact that we came out with the data before they did, but we do not have any obligation to coordinate our report and its publication with them," the official said.