Britain's Labour party leadership is facing a potential "revolt" over a decision to impose a whip for the symbolic vote on Monday on the unilateral recognition of the state of Palestine.

According to the British media, some of the party's shadow ministers are outraged at being told by leader Ed Miliband how to vote on the issue, as they support recognition through as part of a peace agreement. They are reportedly considering a boycott on Monday should their lobbying to allow a free vote prove to be unsuccessful.

British newspaper the Independent quoted a senior pro-Israel MP as saying that, "To say that there is a row going on it putting it very mildly. People are furious. This is an attempt to rip up 13 years of carefully calibrated policy. It total madness and makes the prospect of peace less rather than more likely.” 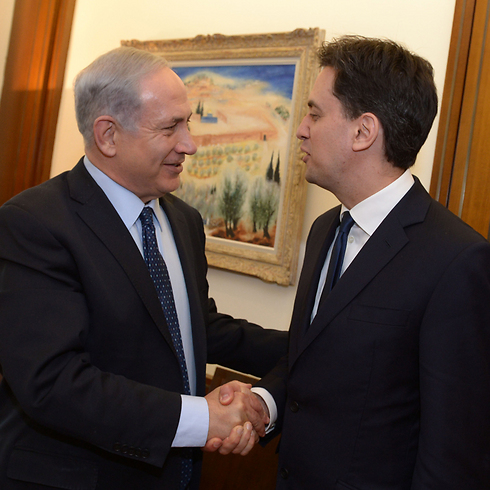 The motion, submitted by backbench MP Grahame Morris, the head of the Labour Friends of Palestine, reads: “This House believes that the Government should recognize the state of Palestine alongside the State of Israel.”

Meanwhile, the Labor Party in Israel has written to members of its British counterpart, urging them to ignore the whip.

“I understand why many of you will want to vote for anything which claims to be a contribution to peace,” wrote Labor Secretary-General Hilik Bar. "But our view in the Israeli Labour Party is that unilateral recognition of Palestinian statehood does nothing to advance this vital cause.”

In an essay published Friday on the Labour Friends of Israel website, the group's director Jennifer Gerber also argued that the vote was counterproductive.

"I’m afraid, Monday’s motion – ‘That this House believes that the Government should recognise the state of Palestine alongside the state of Israel’ – fails both of those tests."