Hamas is upping its prices for return of IDF soldiers' remains

Analysis: Islamist organization insisted on separate negotiations over bodies of Oron Shaul and Hadar Goldin, and is now busy with psychological warfare that worked in Shalit deal.

Hamas plans to put the squeeze on Israel in grueling talks over the return of body parts of Israeli soldiers killed in Operation Protective Edge – in the very same manner that paid significant dividends for the organization in the Gilad Shalit affair.

Statements made by Hamas leaders in recent weeks, together with additional information, indicate that the organization has failed to internalize its true status in the regional arena and is readying to turn the talks over the body parts into a campaign aimed at humiliating Israel and glorifying its own achievements in Protective Edge – even if such action slows the pace of the Gaza Strip's reconstruction and rehabilitation.

Even before the official end to the fighting, with the ceasefire negotiations still ongoing, the two sides had opened talks on a possible deal for the release of Palestinian prisoners in return for the bodies of two Israeli soldiers abducted during the fighting in Gaza. The basic assumption was that Hamas would try to secure the release of its members currently incarcerated in Israel, while Israel would limit the price to include only the release of Hamas members captured during Protective Edge. 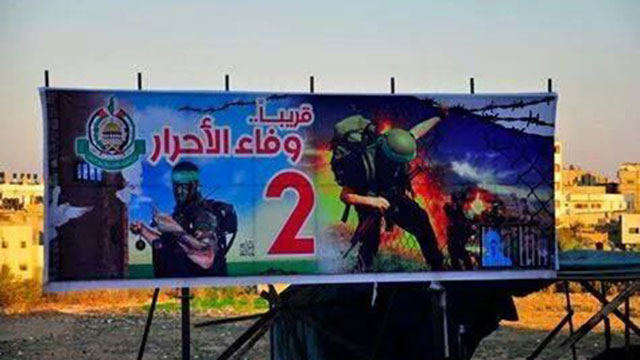 Israel tried from the outset to channel these talks into the overall framework of the ceasefire negotiations with Hamas – to create a situation, in other words, in which progress in the ceasefire talks would be tied to the return of the bodies. The price Israel was supposed to have paid should have constituted part of the price for the overall and long-standing ceasefire deal. Hamas, however, was adamantly opposed to the idea and demanded talks on a separate track, without any link to the ceasefire negotiations.

And that's how things turned out in the end. Talks over the return of the bodies were left out of the Egyptian framework for a ceasefire in which Hamas plays only a minor role. Hamas wanted to meet Israel alone on the playing field, through mediators who would dance a jig around them like in the past. As soon as Israel folded, it was forced to quickly appoint a new coordinator for POWs and MIAs to replace David Meidan, who requested to step down after three years in office. Prime Minister Benjamin Netanyahu appointed Brigadier General (ret.) Lior Lotan to the post; and from that moment on, the talks entered their practical stage.

Over the past week, Hamas has been engaged in psychological warfare, and the organization isn't forgoing a single gimmick that worked on the Israeli public in the past. It started by releasing a series of declarations alluding to the possibility that the organization has more up its sleeve than we know of, and that Israel's claims that we are dealing only with body parts are false. Hamas is in essence ignoring the fact that Israel has declared Lieutenant Hadar Goldin and Staff Sergeant Oron Shaul killed in action.

"We have more surprises for Israel," a Hamas official claimed in a recently published interview in Al-Quds, going on to say: "If Israel remains recalcitrant and continues to rely on the misinformation in its hands, we're in for a tough and drawn out negotiation process."

The Shalit formula comes into play again with respect to the release of information too. Senior Hamas officials reiterate at every opportunity that Israel will be required to pay for any information concerning any Israel Defense Forces soldier the organization is holding. You want information about the state of the soldier's bodies? Pay up front. Like it did in the Shalit affair, Hamas is looking to break the spirit of the Israeli public by disseminating rumors that it is holding not only body parts.

Internally, Hamas is painting a picture of a significantly large prisoner-exchange deal on the cards, thus raising expectations among the Palestinian population for impressive gains and a wide-scale release of prisoners.

Another psychological ploy already in effect today in the streets of Gaza are the huge posters of Oron Shaul, God rest his soul. Previously, huge pictures of Shalit were the ones to be posted throughout the Strip to remind the Palestinian public of Hamas' achievements and Israel's humiliation, and they, too, raised expectations for a big deal. This time, it's a Golani fighter who was killed in the armored personnel carrier tragedy, with the whereabouts of his grave unknown.

The second stage of the ceasefire negotiations, in which the parties are expected to discuss issues such as the construction of a seaport and airport in Gaza, in tandem with the demilitarization of the Strip, is scheduled to begin in Cairo on October 28. It's safe to assume that the talks on the return to Israel of the body parts Hamas is holding will resume formally at around the same time – another test of nerves for Israeli society, and Israel's leadership in particular.