The Third Intifada is already here

Analysis: The uprising has been running for almost a year, initiated by Abbas and perpetuated by Israel's extreme nationalist right-wing.

For ten months now a national uprising of the Palestinian people has been occurring. It is not similar to its predecessor, and is usually kept on low heat, but it cannot be mistaken: it is part of Mahmoud Abbas' strategy, with the help of the Israeli right-wing.

The clashes in Jerusalem and in Judea and Samaria are inherently similar to the end of the First Intifada - "The Intifada of Stones". Wholesale stone-throwing and hurling Molotov cocktails, burning tires, clashes with police on the Temple Mount and from time to time a terrorist attack involving firearms, a makeshift bomb or a hit and run. The only novelty is the extensive use of fireworks by the rioting youths, which they use against police officers in order to leave burns and more particularly instill fear. They are the Palestinian answer to Israeli stun grenades.

Who ever did not realize it already (Israel Police Commissioner Yohanan Danino, for example), this is definitely the third Intifada. But unlike the nightmare scenarios we imagined, based on past experience, numerous Palestinians are not participating as they did in the First Intifada, nor is it characterized by frequent and catastrophic terror attacks like the Second Intifada. It has indeed been going on for at least 10 months, since the breakdown of direct negotiations by Secretary of State John Kerry, but it has not been given the monicker of intifada by the majority, because it is usually carried out on a low heat. 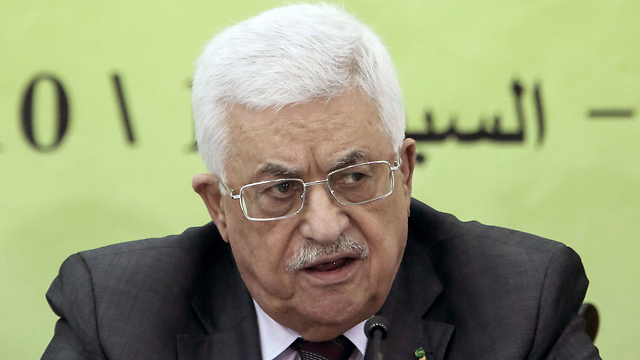 The events of the past summer, beginning with the kidnap and murder of the three teenagers in Gush Etzion, leading to the revenge murder of Arab teenager Mohammad Abu Khdeir in Jerusalem, and ending with Operation Protective Edge, certainly accelerated the events and fanned the flames, but the Intifada was there before.

And although it began at the initiative of Abbas, as opposed to the previous intifadas, this time the extreme nationalist right-wing Israelis made sure to maintain it through provocation on their part. It helps Abbas and his people to disguise their role in inciting the Palestinian street and allows them take advantage of the unrest for the maximum political and PR value.

"The Popular Uprising" (In Arabic: Intifada Shabia) that we are witnessing now is an important ingredient in the Palestinian strategy after the breakdown of direct negotiations with Israel. Abbas is initiating it so that it can be used as a media background for the political campaign he is running in the international arena.

Using this intifada light in Jerusalem and in the territories, the Palestinian leader is attempting to create headlines and a general media environment that will motivate the international community to recognize a Palestinian state within the 1967 borders without having to compromise with Israel on any of their demands. Certainly not the right of return, absolute control of the Temple Mount or recognition of Israel as a Jewish state.

It is possible to understand Abbas. With the atmosphere of chaos currently prevailing in the Middle East, no intelligent Palestinian leader will concede on any of these issues and remain alive. But in the meantime, he is not even willing to consider an interim arrangement until the storm has passed. This does not stop him from trying to squeeze a Palestinian state by use of pressure and threats of international sanctions. There are those who claim that Abbas, who has a copyright on the Third Intifada, is playing with fire and is likely to lose control. Except, not really. There is also one piece of good news: there is small danger of the popular uprising turning into a fully armed uprising, for the following reasons:

1. The Shin Bet and IDF, in coordination and cooperation with the Palestinian Authority's security forces, have pulverized the terrorist infrastructure in Judea and Samaria. The resulting advantage: Crushing the terror infrastructure that continued ceaselessly for more than a decade has left Hamas, Islamic Jihad and the rest of the terror groups unable to wage real war in the West Bank.

2. The Palestinian streets still lives in the shadow of the trauma it experienced during the Second Intifada. They are not interested in returning to those days, especially considering what the Palestinians have seen happen in the rest of the Arab world, where police forces have broken down, leaving swathes of cities out of control and governed by murderous chaos.

3.The IDF and Israel Police acquired valubale experience since the Second Intifada, along with the skills, means, and warfare that allow them to disperse or contain riots, as numerous and powerful as they may be. The ability to handle these types of situations without causing many fatalities allows security forces to keep calm, douse the flames, and to prevent an large-scale escalation in particularly complex situations.

This is the assessment on which Abbas is operating, who today trusts his security forces and police and uses them any time he thinks the national intifada could turn into a terror war. This is how he can, on the one hand, provide Israel with security intelligence, as he did during the kidnapping of the teenagers, and keep the streets in the territories calm during Operation Protective Edge and directly afterwards to send a letter of condolence/ vitriolic incitement to the parents of the terrorist who was killed after trying to assassinate right-wing activist Yehuda Glick.